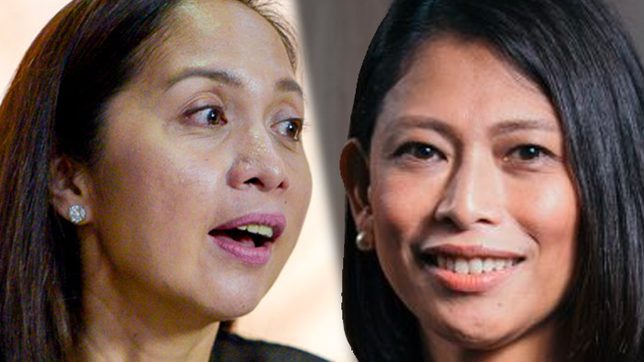 The two congresswomen formalized the call through a resolution filed on Monday, September 15, after they each gave speeches that illustrated the bleak economic and health conditions of the Philippines.

(Our experience keeps repeating: COVID-19 cases rise, a wide lockdown is enforced, cases go down, the next month, cases rise again, we have another lockdown.)

“Evidently, no matter how many laws we legislate to respond to the lockdowns, to give ayudas (aid) to our struggling countrymen, this only leads to draining the government’s coffers,” said Garin, who represents the AAMBIS-OWA party list.

The pair of lawmakers called for two things in their resolution,

They first urged the government to stop using widespread lockdowns, because it was too damaging to the economy and was ineffective in bringing down cases, they said. The government has heeded this feedback, responding with planned “granular lockdowns” to be piloted in Metro Manila.

Of more interest, their second call was for Congress to form an ad hoc committee “to review the powers, composition, and functions of the IATF, as well as oversee its economic recovery programs and policies.”

What Quimbo and Garin want is a committee that will focus more on scrutinizing the government’s economic response. They want the panel called the “Bayanihan Para Sa Pagbangon” ad hoc committee.

In her speech, Garin expounded on the proposed committee as a possible lead towards creating an executive-legislative joint task force, where members of Congress and Duterte government officials sit together for the country’s response to COVID.

“The ad hoc committee may execute policy reforms to review and enhance the powers, composition, and performance of IATF, including the revision of the enabling law creating IATF, by possibly converting it from an executive task force to an executive and legislative joint task force,” Garin said.

Quimbo and Garin – who usually collaborate in bills and resolutions – have been the most vocal lawmakers when it came to calling out the Duterte government’s economic response, particularly in declaring lockdowns that paralyzed businesses.

They are also the lead proponents of the P401-billion proposed Bayanihan 3 aid bill, which is currently in limbo because the Duterte government could not find sources of funding. This has left the duo and their colleagues in frustration.

Being ranking economists in the House and being the authors of the resolution, Quimbo and Garin would be among the top prospective members of the proposed committee. – Rappler.com