MANILA, Philippines – The House of Representatives has realigned a total of P77.5 billion in the proposed P5.268-trillion budget for 2023, Speaker Martin Romualdez said in a press statement on Wednesday, October 5.

After a period of amendments in the House following the approval of the appropriations bill on September 28, budget requests were augmented “to address the current economic, health, energy and environmental crises that burden millions of Filipinos,” Romualdez’s office said.

The Makabayan bloc had earlier complained that the approved budget by the House does not directly address the immediate needs of struggling Filipinos, and lacked funding for programs on social amelioration or “ayuda.”

The House, led by Romualdez who is President Ferdinand Marcos Jr.’s cousin, passed the budget only 37 days after it received the appropriations request from the executive. 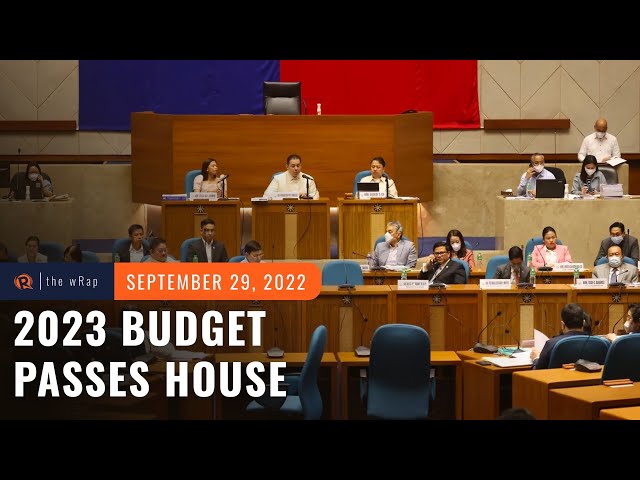 The Senate is currently scrutinizing the proposed budget.

After the Marcos administration’s budget request hurdles the Senate, both houses of Congress will meet at a bicameral conference to settle differences between the two appropriations bills that they approved. The enrolled bill on the budget will be sent to the President for signing. – Rappler.com