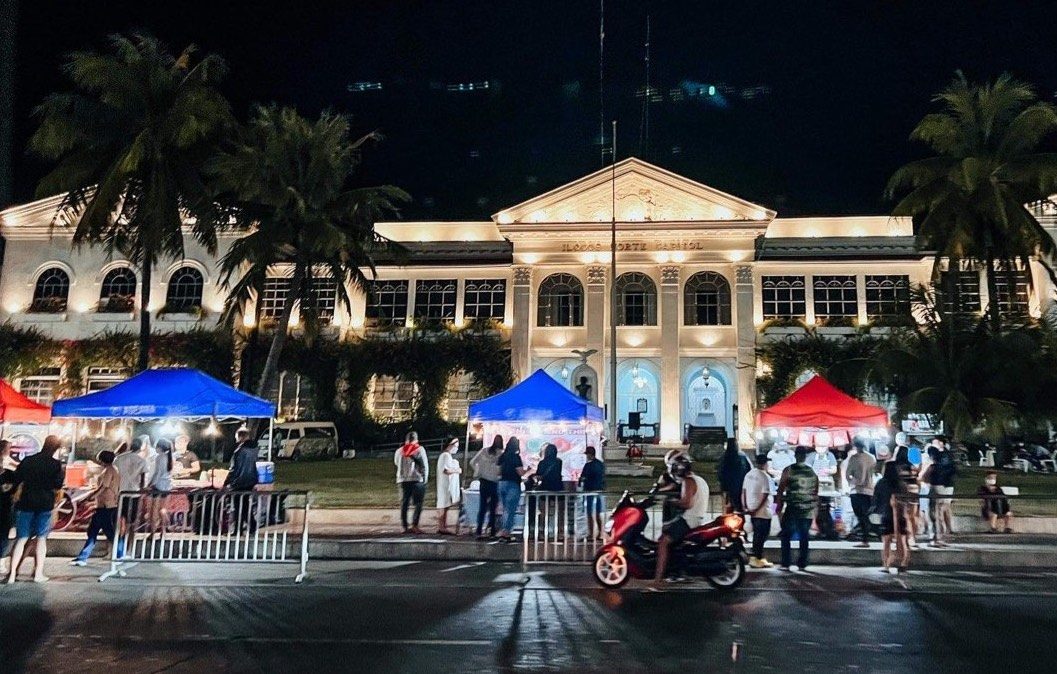 SCALED DOWN. Usually teeming with people, the Sunday market in front of the Ilocos Norte capitol is scaled down on January 16, 2022.

LA UNION, Philippines – The Department of Health (DOH) on Sunday, January 16, confirmed the detection of the highly transmissible Omicron variant of COVID-19 in Ilocos Norte.

Dr. Rheuel Bobis, COVID-19 focal person of the DOH in the Ilocos Region, said the first detected Omicron case in Ilocos Norte is a 70-year-old man who was a returning overseas Filipino.

Major Roxanne Parado, head of the provincial government’s contact tracing team, later said in a briefing on Monday, January 17, that the man arrived in Manila last December 21 via a direct flight from San Francisco, California.

From the airport, he went straight to a quarantine facility, then underwent an RT-PCR test on December 25. After testing positive for COVID-19, he was transferred to an isolation facility in Tagaytay City on December 28.

The patient traveled to Ilocos Norte last January 4, tagged as recovered. He is now “in good health,” according to Parado.

The man’s genome sequencing results came out only on Friday, January 14.

Despite the development, Ilocos Norte Governor Matthew Marcos Manotoc said in a Facebook post that the province “will not have any wide-scale, hard lockdowns like before.”

Ilocos Norte is under COVID-19 Alert Level 3 until January 31.

Manotoc said he sees no reason to “panic and overreact,” given Ilocos Norte’s vaccination coverage.

“Omicron is milder, and we now know much more about the virus, especially the safety measures that work,” Manotoc said.

“We will dance with, and live with, the virus, and we look forward to it becoming endemic as many scientists say. Life shall go on.”

The World Health Organization earlier said Omicron may be less severe compared to Delta, but it should not be described as “mild.” – Rappler.com