Rappler journalists to court: How is a properly sourced story libelous? Facebook Twitter Copy URL
Copied
(UPDATED) The 3rd cyber libel complaint against Maria Ressa, this time over a story written by journalist Rambo Talabong, again gives rise to this question: Are journalists vulnerable to suit if they write about private individuals? 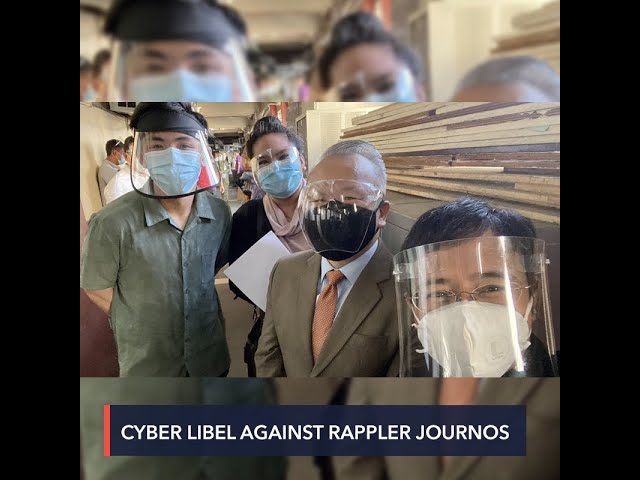 Rappler CEO Maria Ressa and reporter Rambo Talabong filed a Motion to Quash telling a Manila court that it should junk the cyber libel charges against them because the story in question – about an alleged scheme of paying to pass a thesis subject in the College of St Benilde – was properly sourced to a document and to people, both on record.

Ressa and Talabong’s scheduled arraignment on Thursday, February 4, was reset to allow the court to resolve the motion to quash filed last February 1. The new arraignment schedule is March 11.

Ressa and Talabong personally appeared before the Manila Regional Trial Court Branch 24 on Thursday. They were earlier ordered arrested but they each posted bail worth P30,000. 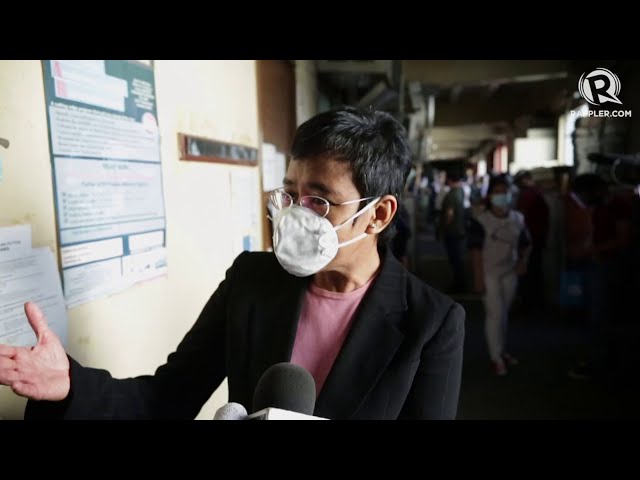 This charge, the 3rd cyber libel charge against Ressa, and the 2nd against Talabong (the other complaint over another story was dismissed at the prosecutor level), again gives rise to this question: Are journalists vulnerable to suit if they write about private individuals?

The motion argued that the portions of Talabong’s story quoted in the charge sheet “are not defamatory and are not maliciously written.”

Talabong wrote the story, “Thesis for sale: Benilde students say they paid P20,000 to pass,” published on January 23, 2020, based on a documented complaint filed with the school against faculty member Ariel Pineda, who sued the Rappler journalists for cyber libel. The student who filed the complaint against Pineda spoke to Talabong on record.

“The nine portions quoted are not defamatory and are not maliciously written. They are direct quotes from the complaint or statements attributable to a source, whether the source be a person or a document,” said the motion to quash.

At the level of the prosecutor, Talabong, through his lawyers from the Free Legal Assistance Group (FLAG), invoked Article 354 of the Revised Penal Code.

Article 354 says every defamatory imputation is presumed to be malicious even if it’s true, except if it is a “true and fair report, made in good faith, without any comments or remarks, of any judicial, legislative or other official proceedings which are not confidential in nature.”

Talabong argued his report falls under that exception.

But Manila Prosecutor John Allen Farinas said that “there exists malice considering that the offended party is a private individual.”

“Complainant, a college professor and chairperson of a known Catholic institution, was depicted in the article as a professor who passed students for money,” said Farinas in his resolution.

The Motion to Quash, however, said: “A reading of the nine portions extracted by the prosecutor from the article will show that there is no defamatory content as against Mr. Pineda. If at all, much of the content is exculpatory and favorable to him and incriminatory of the students mentioned.”

The motion also argued that Ressa has no liability as she did not participate in the writing, editing, or publishing of Talabong’s story.

The motion added that the Manila RTC has no jurisdiction over the case because the charge sheet never alleged that the libel happened in Manila, whether it was published there, accessed there, or whether any of the parties live there.

“I entered this profession really just to tell stories, to tell the truth to report on what’s happening to people, really inspired by good journalists. I’ve only been a journalist for 3 years but I already faced two cyber libel complaints, that’s too, too much,” Talabong said.

Talabong, who covers crime and local government for Rappler, said he recognizes that he is “in a privileged position.”

“I also have to acknowledge how I’m incredibly privileged to be a journalist defended in court by top lawyers, with my company standing by me and my story even after pressure. Other journalists have it much, much harder. Decriminalize libel,” Talabong later tweeted.

Ressa has been nominated for the Nobel Peace Prize alongside other journalism groups like Reporters without Borders and the Committee to Protect Journalists.

“I think the nomination is not even so much about what we do because all we are doing is our job but more where the government has gone – that it has made it difficult for us to do our jobs…It doesn’t matter because we’re gonna continue doing our jobs, just as I know you are. This is the time that matters,” Ressa said.

This is the 10th criminal case filed by the Philippine government against Ressa, 3 of which – this one included – are related to cyber libel. Ressa is appealing her first cyber libel conviction at the Court of Appeals over a story involving businessman Wilfredo Keng, and faces a 2nd cyber libel charge at the Makati RTC for tweeting about the same story.

Ressa and Rappler face 5 tax cases, for which trial resumed on February 3. This is in addition to consolidated anti-dummy and violation of securities code charges which have been remanded to Pasig prosecutors.

This is the first libel case against Talabong. An earlier libel complaint filed against him and Ressa by former interior undersecretary, now agrarian secretary, John Castriciones was dismissed in November 2019 by the Quezon City Prosecutor’s Office. – Rappler.com