Lawmaker: Despite judiciary’s accomplishments, PH ‘shameful’ due to rights violations JUDICIARY'S BUDGET. Court Administrator Raul Villanueva during the hearing on the 2023 budget of the judiciary, at the House of Representatives on September 1, 2022.

Facebook Twitter Copy URL
Copied
For 2023, the judiciary is proposing a budget of P74.18 billion, but the government, through the National Expenditure Program, is proposing only P52.72 billion

MANILA, Philippines – ACT Teachers Representative France Castro, a member of the progressive Makabayan bloc, said the Philippines is “shameful” because of its human rights violations despite the accomplishments of the judiciary.

(But we are shameful, right? Even if we say we have a lot of accomplishments in these cases, but on human rights violations, we are second and sixth on the survey. It doesn’t speak well of our judicial system if that’s the case.)

Castro was referring to the human rights report of Front Line Defenders, which ranks countries based on the killings of human rights defenders. In 2015, the country was second highest with 31 killings, and at sixth place in 2021 with 16 killings. 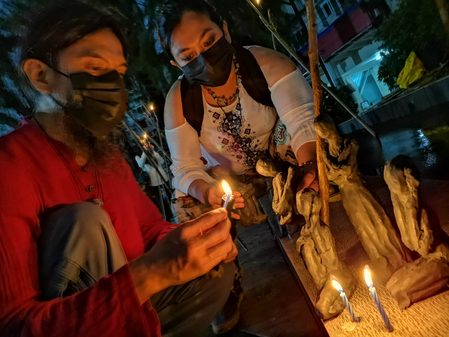 Under RealNumberPH, the government’s unitary report on the drug war, there are at least 6,252 people who have died at the hands of the police during anti-illegal drug operations between July 2016 and May 31, 2022. However, human rights groups estimate the total death toll to have reached 30,000 to include victims of vigilante-style killings. (READ: Killing as policy: Duterte’s drug war that Marcos will inherit)

The court administrator added that the SC so far has a 41% accomplishment rate from January to June 2022. Judiciary’s budget at a glance

For 2023, the judiciary is proposing a budget of P74.18 billion. However, the government, through the National Expenditure Program, is proposing only P52.72 billion.

There is a P21.46 billion variance in the judiciary’s budget vis-à-vis the NEP. Variance is the difference between the agency’s proposed budget and the proposed budget under the NEP prepared by the executive branch.