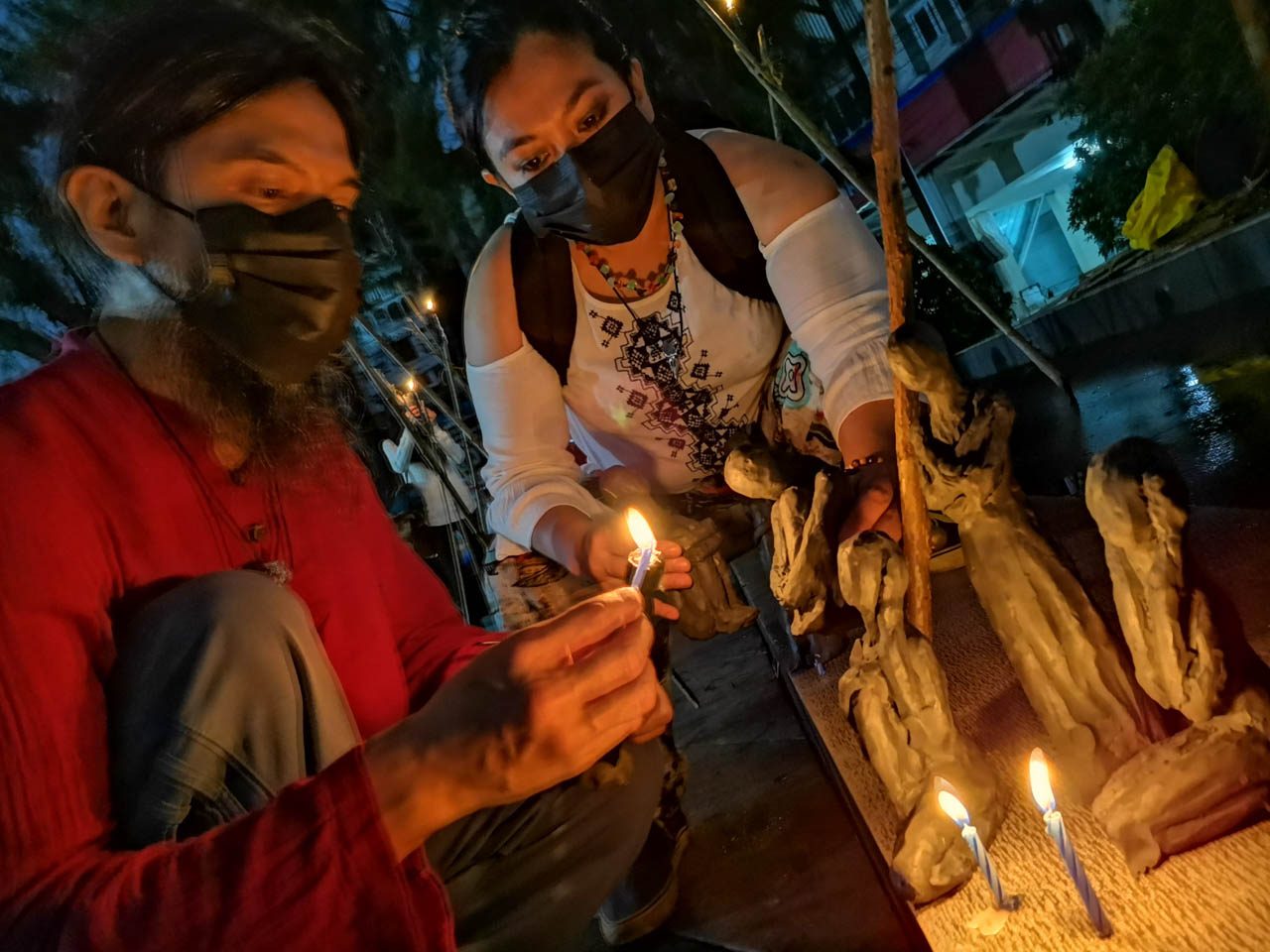 COMMEMORATION. Members of NUJP-Baguio Benguet and the arts community set up 32 taong kandila at the Peoples Park in Baguio to honor the 32 journalists killed during the Ampatuan Massacre in 2009.

Facebook Twitter Copy URL
Copied
(1st UPDATE) At least 197 journalists have been killed since 1986, based on data from the NUJP

MANILA, Philippines – The Philippines has not always been a safe country for journalists. Even after the dictatorship of late tyrant Ferdinand E. Marcos, suppression and impunity continued to haunt media workers in different parts of the country.

In the press freedom index of the Reporters Without Borders (Reporters sans frontières or RSF) for 2022, the Philippines ranks 147th out of 180 countries. Sri Lanka is on the 146th spot, while Ukraine is on 106th. The ranking measures the state of press freedom in each country.

RSF said the Philippines is one of the most deadliest countries for journalists.

“The Philippines is one of the world’s deadliest countries for journalists – as seen most shockingly when 32 reporters were massacred in the southern province of Maguindanao in 2009 – and impunity for these crimes is almost total,” the organization said.

The organization added that even with the establishment of the Presidential Task Force on Media Security, violence against journalists hasn’t stopped: “In an attempt to address this issue, the government set up a Presidential Task Force on Media Security in 2016 but this inter-ministerial body has proved unable to stem the vicious cycle of violence against journalists.”

Aside from violence in general, hundreds of journalists have also been killed since 1986.

Since 1986, there have been 197 journalists killed in the Philippines, based on the data and monitoring of the National Union of Journalists of the Philippines (NUJP). The NUJP included only media workers who were killed in relation to their job.

Of the last six presidents, from Corazon Aquino to Rodrigo Duterte, the highest number of killed journalists was under Gloria Macapagal Arroyo with 103 – 32 of them massacred in Maguindanao.

This was followed by Benigno “Noynoy” Aquino III’s presidency with 32 deaths. The lowest number of journalists killed was under Joseph Estrada with only five, because the former president served for only three years before he was ousted in 2001.

In terms of medium, most journalists who were killed were from radio with 100, followed by print with 71. There were 14 journalists killed who worked in various media (mixed platforms), and eight from television.

Since 1986, one journalist from the wires was killed, one from online, and two were freelancers.