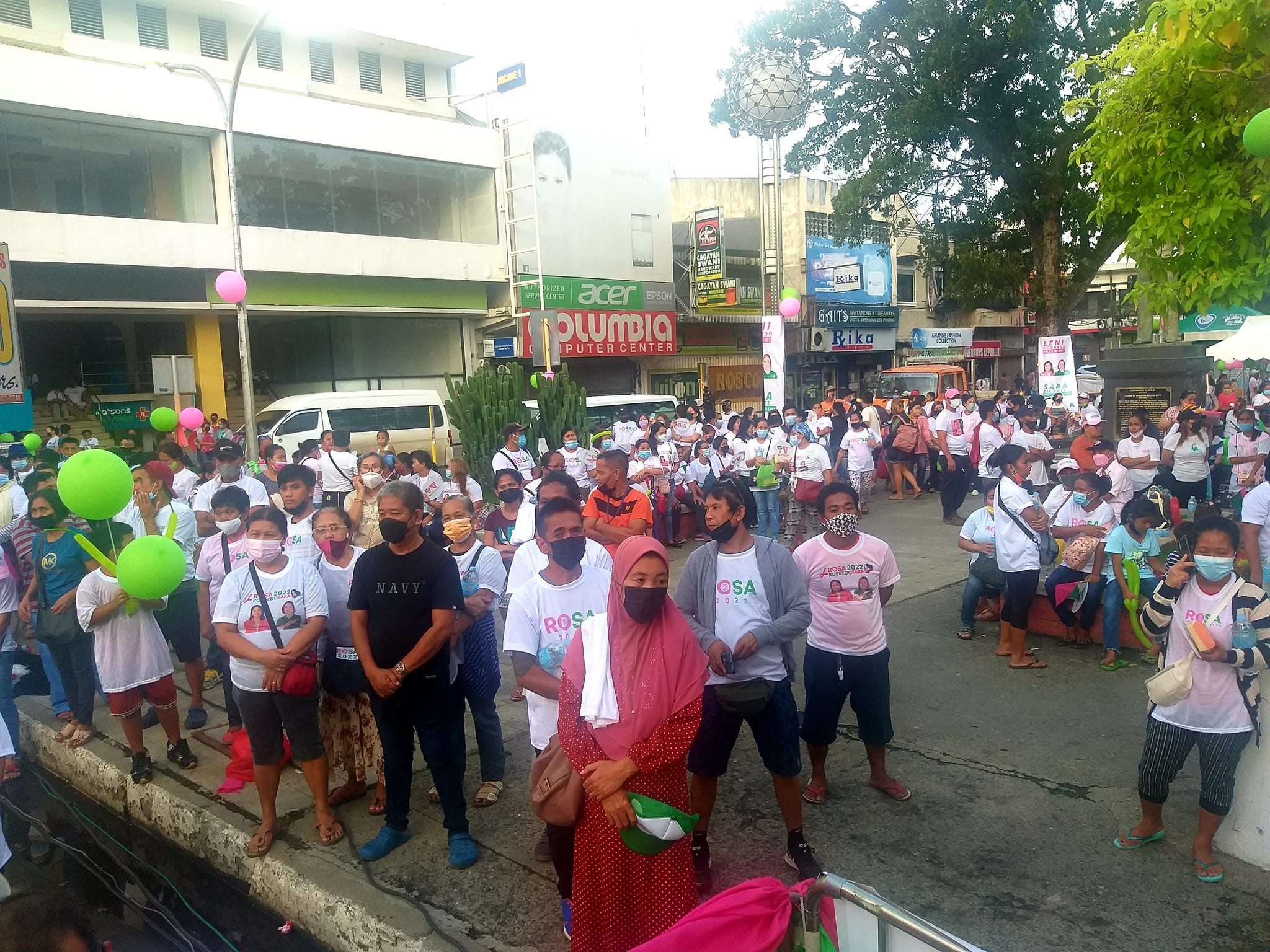 Cagayan de Oro-based lawyer Angeline Marie Carrasco-Genoso said Salceda’s proposal was unacceptable because Robredo and Duterte “have different beliefs on what an honest government should be,” and presented a “risk of a chaotic government if elected together.”

“Robredo is pro-transparency and anti-corruption, things that Duterte herself does not espouse,” Genoso said. “It will be hard for Robredo to fully implement these measures in her government if she will be surrounded by a vice president and lawmakers whose principles are not aligned with hers.”

Salceda, Deputy Speaker and Cagayan de Oro 2nd District Representative Rufus Rodriguez, and Zamboanga Mayor Maria Isabelle “Beng” Climaco launched the RoSa 2022 campaign in Cagayan de Oro on Monday with a rally that was attended by more than 1,000 people, a crowd that paled in comparison to the thousands who flocked to the same area to take part in Robredo’s campaign rally in February.

Montalvan criticized the group that initiated the RoSa campaign, saying it reeked of “self-interest.”

He said, “It is clear to them that Leni is gaining momentum and they want to look good with Sara… Sara’s supporters will like this, thinking that they will gain the votes of Kiko. This may be good for Leni but it would not gain much for Sara.”

Bencyrus Ellorin, a former journalist working for the Robredo-Pangilinan campaign in Northern Mindanao, said the relatively low turnout in the RoSa campaign rally in Cagayan de Oro on Monday was indicative of the voters’ aversion to the dominant political group..

“If the RoSa rally last Monday proved anything, it is the strength and depth of the people’s support for the Leni-Kiko tandem,” Ellorin said.

Davao City-based Mae Fe Ancheta-Templa, a former undersecretary of the Department of Social Welfare and Development (DSWD), rejected the idea of the country being led by Robredo and Duterte “because they have different perspectives and orientations on governance.”

“Sara is limited in her practice of governance. Besides, she does not appreciate shared leadership and people’s participation. Her experience in local government is not even an exhibit of competence required in local governance,” Templa said.

She sized up Duterte as a politician who lacked an in-depth understanding of what and how human rights are applied in day-to-day tasks.

In Zamboanga City, non-governmental organization worker Bong Antonio said he was shocked to see Mayor Climaco taking part in Salceda’s RoSa campaign, saying the political points she earned when she endorsed Robredo during the recent rally in her city all went down the drain.

“It was political suicide. She (Climaco) took the bait,” said Antonio.

Bryan Dellera, a Computer Engineering student at the Western Mindanao State University (WMSU), said he saw the RoSa campaign as “a tactical move that would not work” because of Robredo’s and Duterte’s differences in fundamentals.

Dellera pointed out, “Sara Duterte benefits from fake news that favors Marcos while Robredo has always been the victim [of disinformation].”