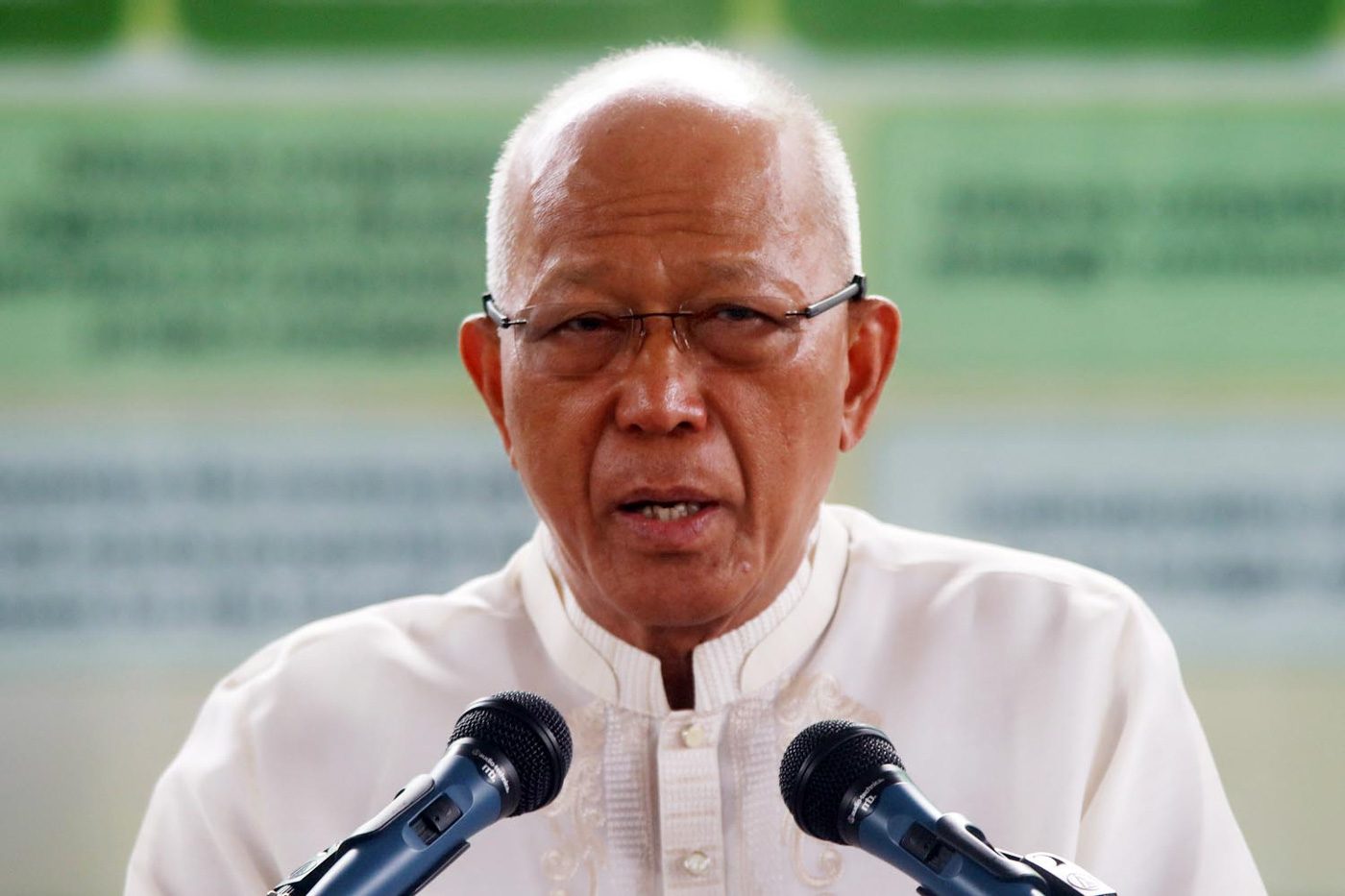 Department of National Defense Secretary Delfin Lorenzana deliver his speech during the Flag Raising Ceremony at the DND Headquarters on Monday, June 11, 2018. Photo by Darren Langit/Rappler

Department of National Defense (DND) Secretary Delfin Lorenzana does not support the proposed declaration of martial law over Sulu after the Jolo twin bombings that killed 15 and injured at least 75.

In a text message to Rappler on Wednesday, August 26, Lorenzana said there was “no need” for the extreme measure to prevent more acts of terrorism.

“No need. We have the anti-terror law and Proclamation 55 dated 4 September 2016 putting the whole of Mindanao under state of lawlessness. This proclamation has not been lifted yet,” Lorenzana said.

Lorenzana was reacting to the proposal of both the military and the police to place Sulu under military rule.

With his statement, Lorenzana agreed with the critics of the proposal, like Senate President Vicente Sotto III and Senator Panfilo Lacson, who both said martial law was unnecessary given the recently enacted anti-terror law.

Lorenzana’s statement spoils the chances of any recommendation reaching President Rodrigo Duterte as he administratively oversees the military.

The controversial anti-terror law allows for the detention of suspected terrorists for up to 24 days without arrest warrants. That length of detention, state security forces previously argued, would be enough to build a case against suspected terrorists to seal convictions and deter terrorism.

President Duterte’s Proclamation No. 55, meanwhile, was issued in September 2016 after the Davao City night market bombing that killed 14 and injured at least 70. It declared a “state of national emergency on account of lawless violence in Mindanao.”

The proclamation commands “the Armed Forces of the Philippines and the Philippine National Police to undertake such measures as may be permitted by the Constitution and existing laws to suppress any and all forms of lawless violence in Mindanao and to prevent such lawless violence from spreading and escalating elsewhere in the Philippines with due regard to the fundamental civil and political rights of our citizens.” – Rappler.com