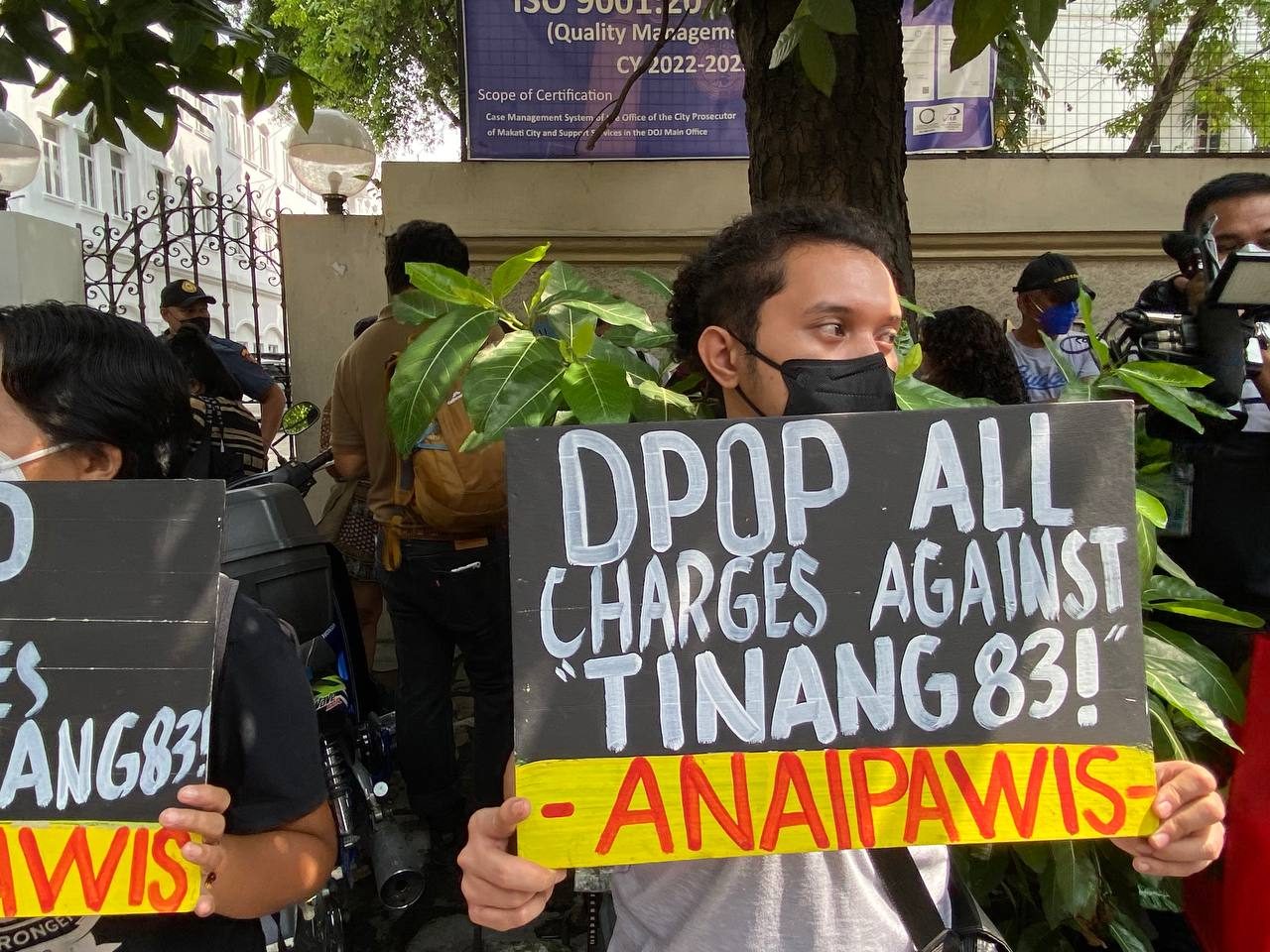 COMPLAINTS. Some of Tinang farmers and their supporters file administrative complaints against the prosecutor who conducted the inquest proceedings of their cases on July 7, 2022. 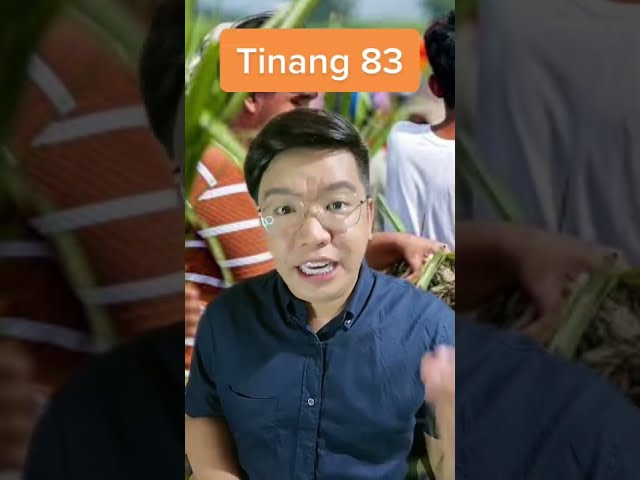 MANILA, Philippines – Some of the farmers and their supporters who were arrested during a farming activity in June have filed complaints against the Tarlac prosecutor who handled the inquest proceeding of their cases.

Nine farmers and 14 artists, along with their legal counsels, filed administrative complaints against Tarlac Assistant Provincial Prosecutor Mila Mae Montefalco before the Department of Justice on Thursday, July 7.

The complaints are for grave and serious misconduct, gross ignorance of the law and procedure, and conduct prejudicial to the best interest of the service.

The complainants said Montefalco allegedly committed grave and serious misconduct when she processed the inquest in a “discriminatory manner.” Lawyer Jobert Pahilga, one of the farmers’ legal counsels, reiterated that they were not given copies of the complaint-affidavit when the inquest proceeding was conducted.

“That Prosecutor Montefalco committed grave and serious misconduct when she conducted the inquest proceedings in an unreasonable, unfair, oppressive or discriminatory manner,” the farmers said in their complaint.

Pahilga says the farmers filed complaints for grave and serious misconduct, gross ignorance of the law and procedure, and conduct prejudicial to the best interest of the service. pic.twitter.com/ybApyGMvri

The complainants added that Montefalco refused to refer the cases to the Department of Agrarian Refrom, which led to the continued detention of the so-called Tinang 83. They added that the prosecutor’s decision to charge the farmers for illegal assembly showed her “lack of legal knowhow.”

“That, moreover, her act of filing a case for illegal assembly at the RTC, which the court immediately dismissed for lack of jurisdiction,also shows her lack of legal knowhow and arbitrariness in filing a case against us,” they said.

Pahilga said they are also preparing complaints against some personnel of the Concepcion municipal police to be filed before the Office of the Ombudsman. On June 9, the farmers and their supporters were arrested without warrants on allegations of illegal assembly and malicious mischief. The farmers were doing a “bungkalan” or land cultivation activity, which is an extralegal way to assert land ownership, when they were nabbed.

Of the over 90 people arrested, 83 faced complaints and were detained for three days. The Capas 2nd Municipal Circuit Trial Court later junked the complaints.

Judge Antonio Pangan junked the malicious mischief complaint as he found no “evil motive” behind the farming activity. He had also noted that “the third essential element” of malicious mischief is that the offender must be proven to have acted “due to hate, revenge or other evil motive.”

Shortly after the farmers walked free, police filed additional complaints against them.

(Resistance and disobedience to an agent or person of authority because our clients allegedly resisted during the arrest. There’s also an obstruction of justice [complaint] filed against them and usurpation of real rights, and the preliminary investigation will be conducted by Prosecutor Montefalco.) 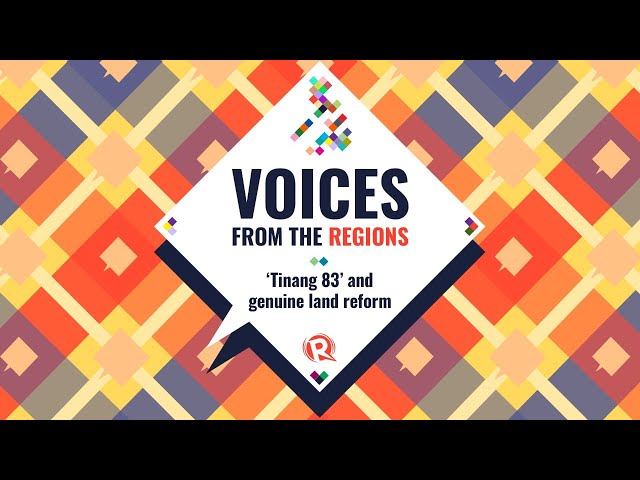 Pahilga said the farmers will ask the DOJ to create a “panel of prosecutors” for the preliminary investigation into the remaining complaints, instead Montefalco.

“So after filing this, we will be asking for inhibition from those cases. Gusto naming hindi na siya ang dumininig noon at ibang piskal na. (We do not want her to conduct the proceedings and let other fiscals do it.) And we will be asking the Department of Justice to create a panel of prosecutors,” the lawyer said.

(We do not want a hearing in Tarlac, not because we don’t have trust in the prosecutors, but because we want and we know that the farmers’ opponents are influential people, powerful politicians in Tarlac.) – Rappler.com