CYBER LIBEL. Rappler CEO Maria Ressa and reporter Rambo Talabong at the Manila RTC on March 11, attend a trial on a cyber libel case filed against them by a former St. Benilde professor.

Facebook Twitter Copy URL
Copied
While lawyer Ted Te welcomes the dismissal of the case, he says it's time to revisit the Cybercrime Prevention Act of 2012, which criminalizes libel

A Manila court has dismissed the cyber libel case against Rappler CEO Maria Ressa and reporter Rambo Talabong, after the professor involved in the disputed thesis-for-sale story dropped the case.

“The Regional Trial Court of Manila, Branch 24 issued an order in open session last August 10 dismissing the case with prejudice against Rambo Talabong and Maria Ressa after the complainant Mr. Ariel Pineda submitted an affidavit of desistance, which he affirmed in open court,” Ted Te, lawyer of the Rappler journalists, said in a statement on Thursday, August 12.

Te said that the Rappler journalists and Pineda agreed to “update the story with information that was obtained after the case was filed.”

The disputed story, written by Talabong, was about College of St. Benilde students complaining that Pineda, who was then a professor of the college, passed his thesis students for a fee. The student who filed the complaint against Pineda spoke on record.

The updated story contained previously undisclosed results of the College of St. Benilde’s internal investigation clearing Pineda of liability. Talabong’s repeated attempts to get Pineda’s side when the story was first published in January 2020 did not succeed as he did not get any reply. Rappler said the story would be updated once he replied.

Benilde also concluded that the complaint was “invalid due to the absence of its substantive portions.” Findings were, however, kept confidential. Rappler also found out that Pineda left Benilde effective December 31, 2020, after being removed from his chairmanship on February 1, 2020.

While they welcome the dismissal of the case, Te said: “That the case was even filed at the level of the investigating prosecutor, however, spotlights the danger to press freedom and freedom of expression that criminal cyber libel poses.”

“Perhaps it may be time to consider seriously taking a second look at the Cybercrime Prevention Act of 2012, particularly its provisions on cyber libel as a crime,” said Te.

Ressa, for her part, said: “Another criminal case against me and our reporter has been dropped. It’s a temporary relief, but the ongoing campaign of harassment and intimidation against me and Rappler continues. These ridiculous cases remind us all of the importance of independent journalism holding power to account. Now we at Rappler can focus on what we do best – journalism.”

Talabong, who has faced two cyber libel suits, both of which have been dismissed, reiterated the call to decriminalize libel.

“We should decriminalize libel, which drains too much precious resources and time from journalists. I experienced this firsthand. No journalist should have to go through this,” said Talabong.

Ressa’s conviction over the first Keng complaint is still on appeal at the Court of Appeals (CA).

Ressa has 7 more active court cases in various courts, all related to Rappler’s Philippine Depositary Receipts (PDRs) which were the basis of the Securities and Exchange Commission (SEC) shutdown order in 2018.

International human rights lawyer Amal Clooney said this development is a vindication not just for Ressa and Rappler, but for the rule of law.

“Two down, seven to go. The cases against Maria have been piling up for years, each one as baseless as the other. It is a vindication to see a Philippine court dismiss this latest libel case with prejudice, and by doing so restore faith in the rule of law. Let’s hope that this sets a precedent for judges protecting freedom of the press in other cases as well,” said Clooney. 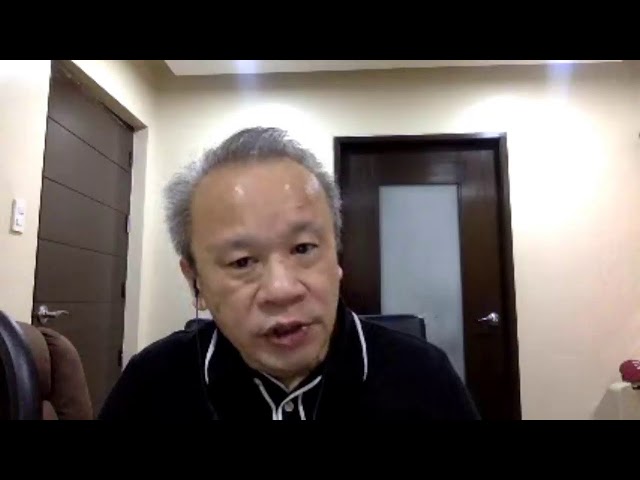