MANILA, Philippines – Police have determined that a 16-year-old Grade 9 student was behind the Facebook account that commented bomb threats on a livestream of a flag-raising ceremony on November 7, the Philippine National Police (PNP) Anti-Cybercrime Group reported on Monday, November 14.

On November 7 at 8:05 am, while the Taguig local government unit (LGU) was livestreaming a city hall flag-raising ceremony for National Children’s Month on its I Love Taguig Facebook page, an account named “Sofia Smith” began posting several comments saying they would “kill all the students at Signal village” with an explosive. The comments caused panic among students, parents, and teaching staff.

(“Sofia Smith” is a 16-year-old girl, a Grade 9 student at Signal Village National High School. We went to the Regional Trial Court to get a cybercrime warrant so we would have the right to enter the house and confiscate the cell phones of “Sofia Smith” and those who lived with her.) 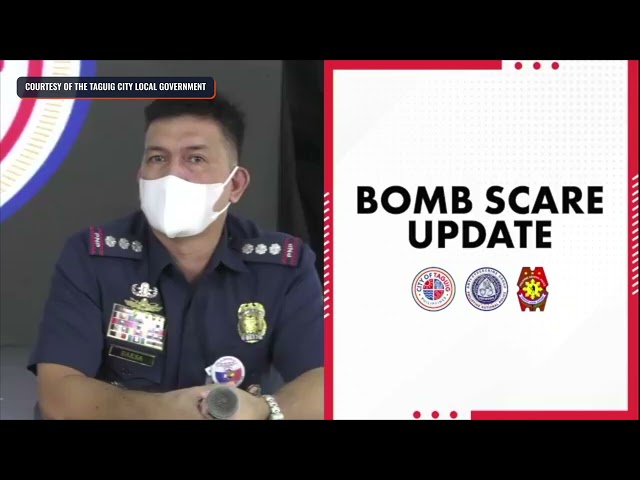 Guillermo said that police continued to conduct forensic examinations of the confiscated cell phones. The cops’ investigation also found that there were multiple log-ins of different Facebook accounts to the same IP address.

Baesa said that this led police to believe that the suspect behind the “Sofia Smith” account had accomplices in making the threats.

(It appears that those who made the threats have grudges against the school and some teachers, which is why they made the fear-inducing posts. One of them is a former city street sweeper who was laid off. This may be their motive in making a threat that caused chaos in the city.)

Baesa said authorities were preparing complaints to be filed against “Sofia Smith” and her accomplices. They possibly face charges of grave threats, bomb scare threats, and acts of terrorism.

Recap of the bomb scare

“Smith” posted at least six comments, even saying that she would do the same as “what happened in Thailand.” In August, explosions and fires ripped through at least 17 locations in southern Thailand in what appeared to be coordinated attacks.

After “Sofia Smith” posted the comments on the livestream, Cayetano said the LGU immediately dispatched police and K-9 units to EM Signal Village Elementary School and Signal Village National High School to check all classrooms for explosives. No explosives were found.

Local security forces also checked all other public schools in Taguig, where no explosives were found either. Principals suspended afternoon classes.

“Smith” commented again around 11 am, unfazed by the cancellation of classes in her alleged plan to bomb the schools.

(Remember, there are many days to come, you never know maybe tomorrow or Friday! I can withdraw this threat with one condition – talk to me, Mayor Lani, I want you to do something for me, or else I will push through with the bombings in Taguig schools.)

The LGU worked with the Metro Manila and Taguig-Pateros units of the Department of Education to coordinate in ensuring safety for all students and DepEd teaching staff.

The account of “Sofia Smith,” now unavailable, said she lived in Seoul, South Korea, and worked at Korean entertainment company JYP Entertainment, which led cops to determine that this was a possibly a fake account made to conceal the identity of the person making the threats.

Cayetano said she hoped the development of the case gave students, their families, and teaching staff peace of mind.

Cayetano added an appeal to “not make the situation worse” by attempting any harmful actions towards “Sofia Smith,” who turned out to be a minor.

“Hindi po biro ang pagbabanta ng pagpatay (Death threats are not a joke),” Cayetano said. “What we post and share (has) real impact on the lives of real people.” – Rappler.com