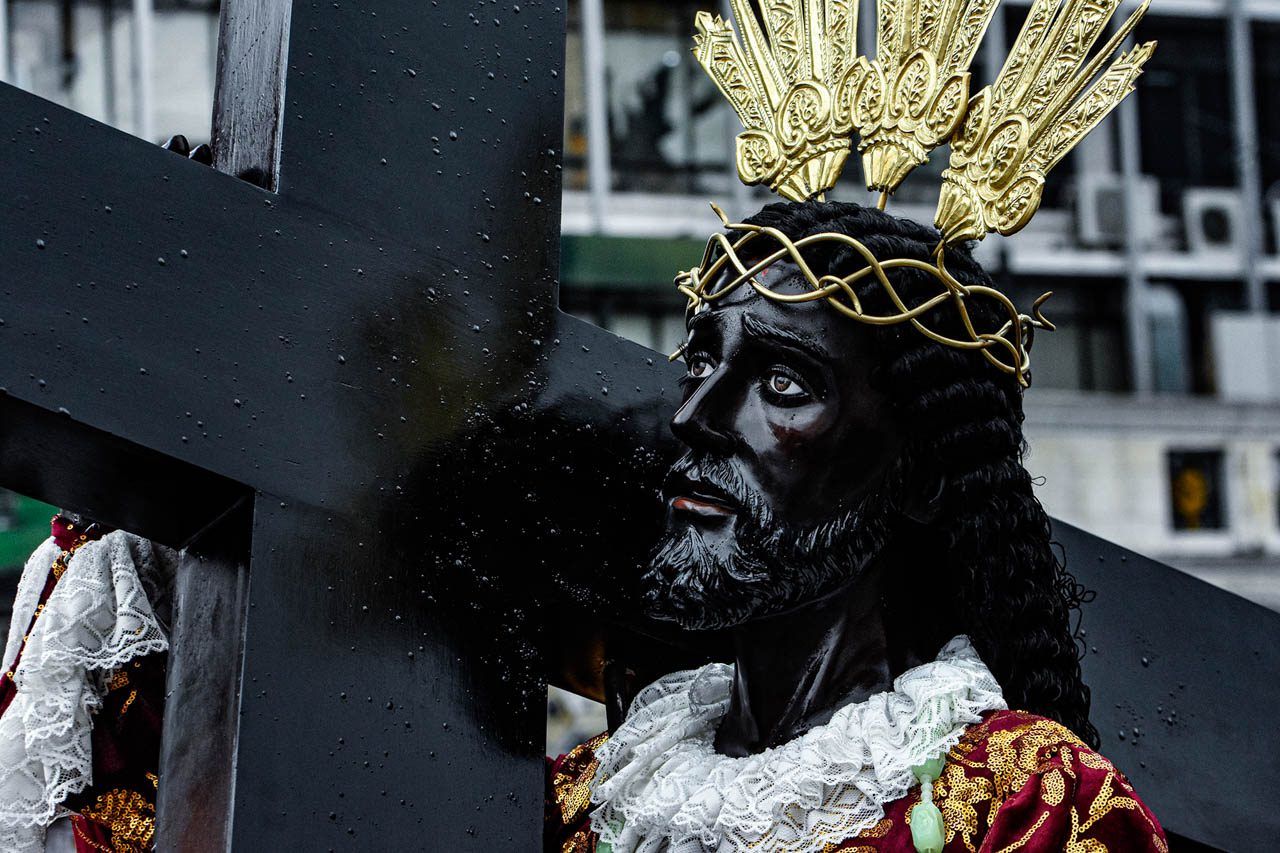 BLESSING. The three-day blessing of the replicas of Nazareno presided by Fr. Hans Magdurulang, assistant parish priest of the Basilica of the Black Nazarene, started Tuesday, December 27. Since the pandemic, the blessing of replicas had been moved earlier from January 7 to December 27 to 29, to ease the traffic of the devotees with the images. Photo by Angie de Silva/Rappler

CAGAYAN DE ORO, Philippines – For the first time since the COVID-19 pandemic crippled Cagayan de Oro, the centuries-old replica of the Black Nazarene will be brought out for a public procession from the Saint Augustine Metropolitan Cathedral to its home parish church in Barangay Lapasan on Monday, January 9.

Thousands of devotees from the predominantly Roman Catholic Cagayan de Oro and other places in Mindanao are expected to attend the city’s version of the Traslacion, an annual Black Nazarene procession that is similar but much smaller in scale than that of Quiapo.

“After two years of absence, we cannot estimate the exact number of devotees but we expect it would be big considering the attendance in the mass last Christmas,” said Monsignor Perseus Cabunoc, vicar general of the Cagayan de Oro’s Roman Catholic Archdiocese.

The only one of its kind in Mindanao, the Black Nazarene procession was put on hold amid fears of a spike in COVID-19 infections during the first two years of the pandemic.

Viñas said the security measures would likely include a ban on backpacks, sunglasses, hats, umbrellas, and anything that can be used to conceal identities just like in the previous processions.

Cabunoc said the old replica of the Black Nazarene will be taken from the Hesus Nazareno Church in Barangay Lapasan to the Cagayan de Oro cathedral on Sunday night, hours before the procession.

The statue will be in the cathedral overnight ahead of the Traslacion which starts at 5 am after a mass, Cabunoc said.

During the procession, the life-sized replica of a dark-skinned, kneeling Jesus Christ would be carried by members of Cagayan de Oro’s Hijos del Nazareno (Sons of the Nazarene) to bring the religious icon back to the Nazareno parish church in Barangay Lapasan.

The city government has given the archdiocese a special permit to hold the procession provided that they ensure that strict health precautions would be in place.

Cabunoc said devotees will be required to wear face masks when they join the procession or attend the January 9 masses. – Rappler.com