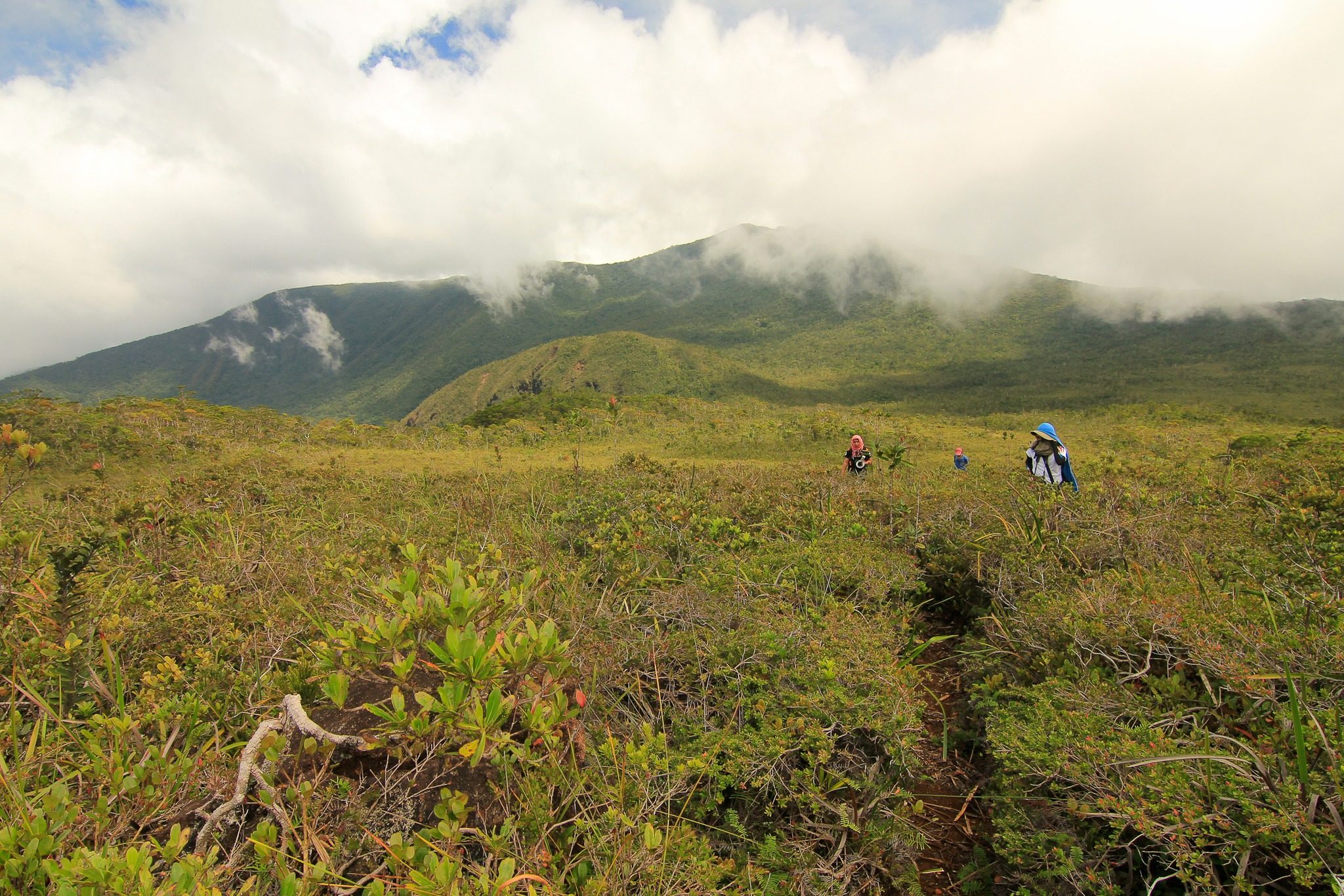 Mount Hamiguitan from a distance in Davao Oriental

DAVAO ORIENTAL, Philippines – Fishers, and farmers in Davao Oriental have shifted to cutting wild trees in the Mount Hamiguitan Range and Wildlife Sanctuary in search of agarwood despite strict government regulations to protect the species.

Academics and environmentalists in the province expressed alarm over what they called the massive and indiscriminate cutting of aquilaria trees in the protected mountain range.

The government has prohibited the cutting of trees in the wild but has recently allowed the importation and commercial propagation of seedlings of the species subject to regulations.

The tree, locally known as lapnisan, is a non-timber forest species and the source of the so-called “wood of the gods.”

The aquilaria tree species, found in Southeast Asia, produces pathogens that turn into agarwood. It is used in making incense, perfume, and small carvings, and at times, for traditional medicine in some countries.

The pathogens are produced as part of the tree’s defense mechanism against mold infections. Without that process, the tree is practically worthless.

Amy Ponce, a science professor at the government-run Davao Oriental State University (DOrSU), said a piece of agarwood, also called a “charcoal block,” could command a price of as much as P600,000.

The problem is that the poachers have started cutting trees even when these are uninfected and have not produced agar, a dark aromatic resin.

“Former fishermen told us that in a week, they earned at least P50,000 from extracting agarwood. Before, they only earned P10,000 [during that same period] from fishing at Pujada Bay,” Ponce told Rappler.

She said farmers in the area earned an average of P7,000 a week during harvest time but increased their income to P26,000 in just a week of cutting trees.

Ponce said villagers were unaware at first of the agarwood prices until a group of buyers came.

Soon, villagers started shifting from farming and fishing to poaching, “and they are cutting these trees both in the core and buffer zones of Mount Hamiguitan,” she said.

With only a few forest guards in the 31,879-hectare mountain range, she said, “it is impossible to apprehend the poachers.”

Ponce said her group estimated that at least 10,000 trees have already been cut in Mount Hamiguitan alone because of the search for agarwood.

Mount Hamiguitan is the first and only world heritage site in Mindanao declared by the United Nations Educational, Scientific, and Cultural Organization (Unesco).

The illegal trade has become rampant in the town of Manay, she said.

Ponce said her group of academics and environmentalists informed residents that cutting the trees is illegal, but their pleas have fallen on deaf ears “because of the highly lucrative nature of the trade.”

Ponce said the seed of the tree alone could fetch a price of at least P500.

Diogracias Catugman, a 48-year-old farmer who shifted to searching for agarwood, said poverty made residents like him resort to poaching in the protected mountain range.

“We hope the government will understand our plight. With the income from agarwood, our lives changed for the better. May the government legalize this trade,” said Catugman.

Ponce said a solution would be for the government to legalize and encourage the propagation of the tree species by commercial plantations in Davao Oriental to stop the massive cutting of wild trees. – Rappler.com