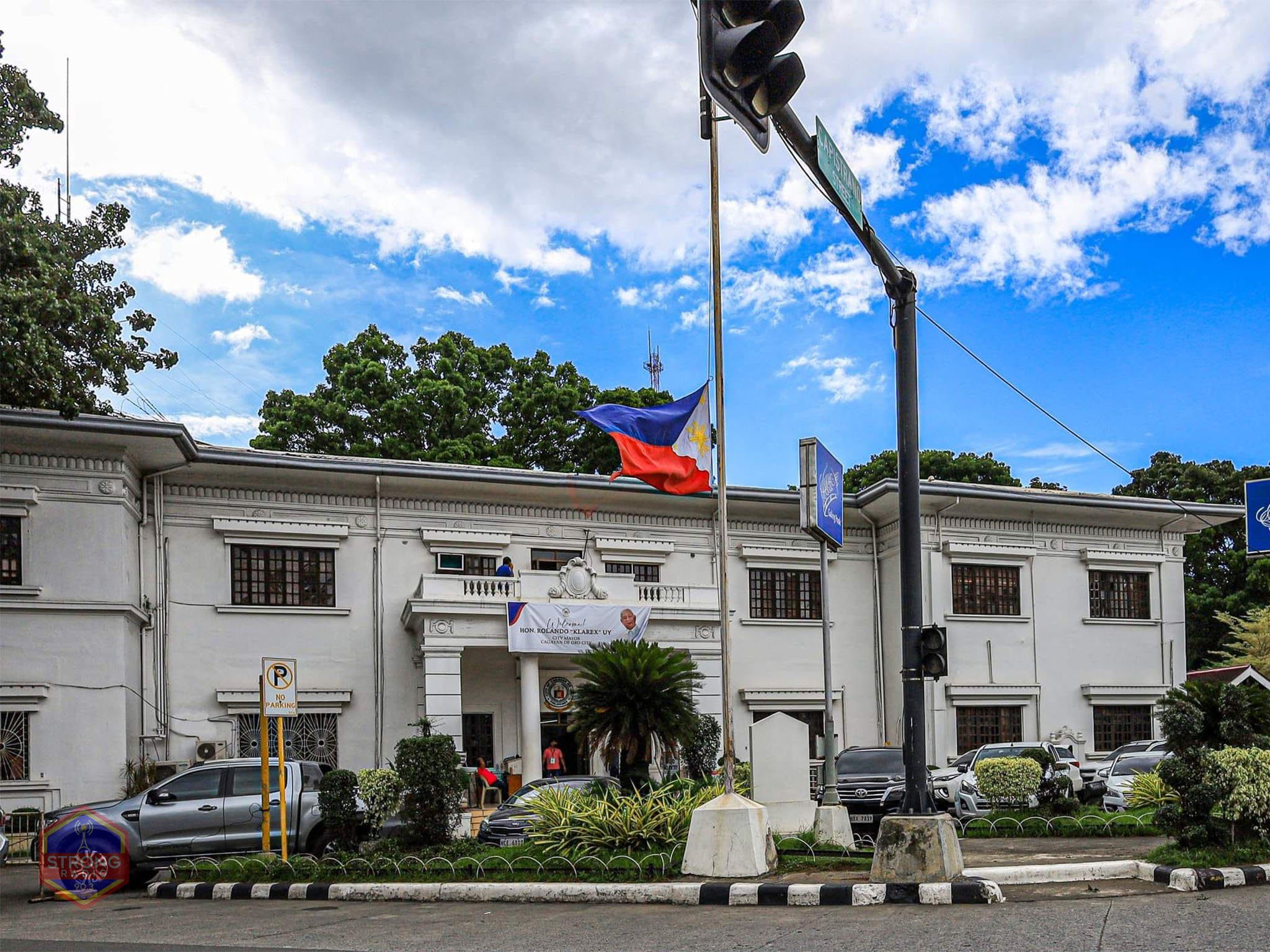 MOURN. The flag fly at half-mast at the Cagayan de Oro city hall as Kagay-anons mourn the death of former mayor and assemblyman Reuben Canoy.

Facebook Twitter Copy URL
Copied
'His legacy of fighting for democracy will never be erased or eclipsed and will endure for years to come,' says Cagayan de Oro Mayor Rolando Uy

“His legacy of fighting for democracy will never be erased or eclipsed and will endure for years to come. I extend my heartfelt sympathies to his family, and to all who mourn the passing of a great man,” said Cagayan de Oro Mayor Rolando “Klarex” Uy.

The 93-year-old Canoy died in a local hospital where he had been confined since June. He was conversing with family members shortly before he suffered cardiac arrest.

His daughter Rhona said her father, an accomplished author and Palanca awardee for poetry, was writing another book.

An outpouring of sympathies poured from fellow political leaders, and followers of his Perspective radio commentary program.

Cagayan de Oro 2nd District Representative Rufus Rodriguez said Canoy was a “true advocate” of federalism and a “true Mindanaoon” who advocated the development of the vast potential of Mindanao.

“We grieve over the death of Mayor Canoy. We lost one of the great intellectuals and brilliant lawyers of Mindanao,” Rodriguez said.

Former Cagayan de Oro mayor Oscar Moreno said it was Canoy who laid the foundation ahead of Cagayan de Oro’s emergence as a major urban center in Mindanao.

“We thank him sincerely for the new brand of leadership he had introduced, and for being one of our inspiring role models,” Moreno said.

Followers of his radio program chimed in their sympathies on and off social media platforms.

Ferdinand Zuasola, a journalist in Mati City, Davao Oriental, said he was thankful to Canoy for some of his childhood memories.

“It seemed all the houses I passed were tuned in and listening to his program,” Zuasola said.

Canoy’s Perspective was a long-running news commentary program broadcast in Mindanao and the Visayas by Radio Mindanao Network (RMN) stations.

“We, the children, have given his life to the public long ago because it was his passion. As a father, he exposed us to everything – from politics, arts, and governance,” Rhona said.