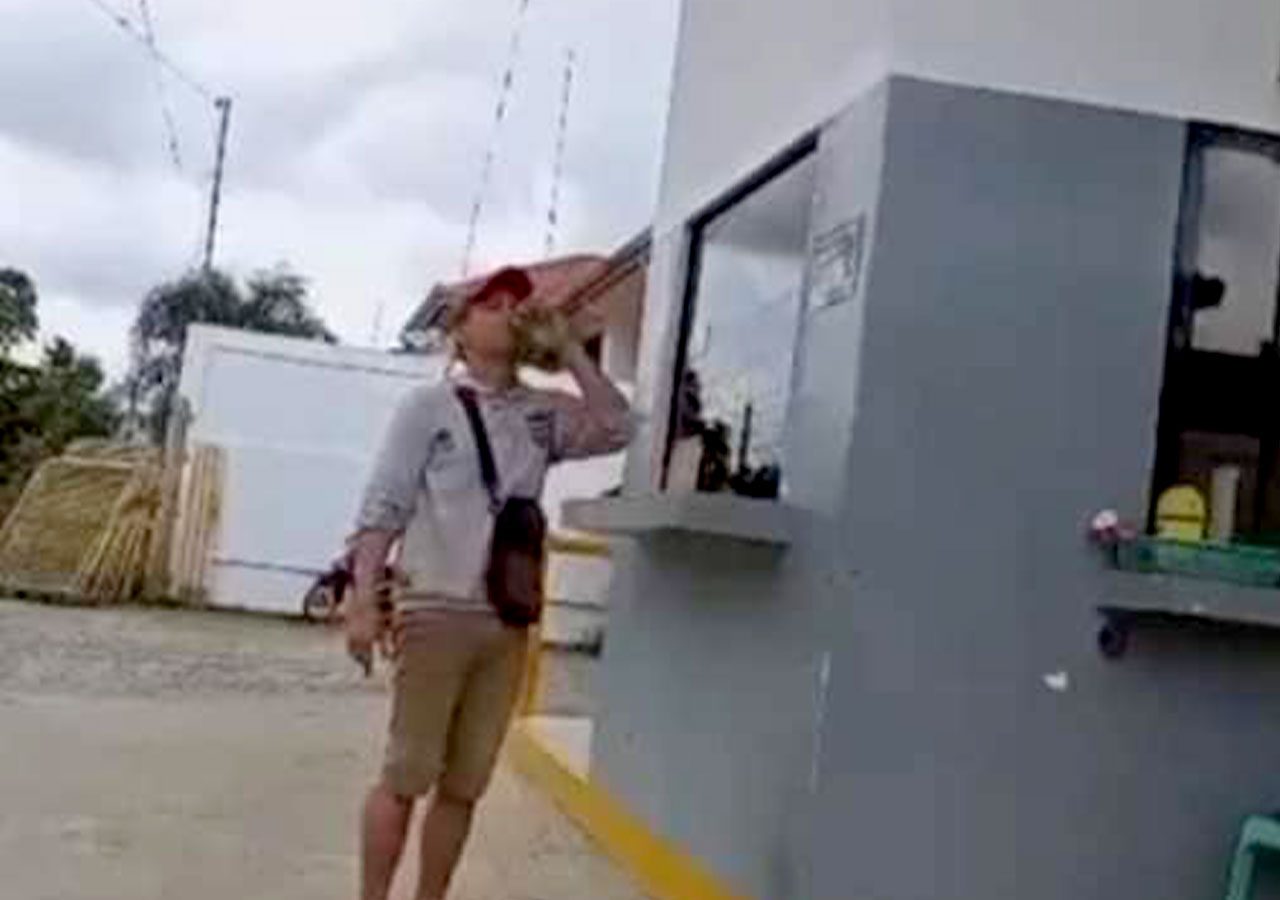 PRANK FAIL. Davao de Oro vlogger Jonel Cordero pretends to drink fuel in a video recording of a prank he and another vlogger pulled off. Police arrested the vloggers on Wednesday, January 18.

Facebook Twitter Copy URL
Copied
'No one is preventing you from having fun by pulling off pranks such as this, but we ask that you spare those focusing on emergency concerns,' authorities caution vloggers

DAVAO ORIENTAL, Philippines – In a daring, yet ill-advised move, two vloggers attempted to pull off a prank that left local authorities and emergency responders feeling less than amused. In detention, the vloggers learned this lesson the hard way: next time, better stick to the old “knock, knock” jokes.

The duo had purchased a small amount of gasoline and put it in a soft drink bottle, with Cordero pretending to chug it down while Rabi secretly recorded the scene.

As onlookers, including customers at Green Planet gas station, panicked at the sight of Cordero fainting and vomiting, the establishment’s crew quickly called for assistance from the town’s disaster risk reduction and management office.

However, shortly after the first aid team rushed to the scene, Cordero suddenly broke into laughter, revealing that the whole thing was just a prank for his social media vlog.

It turned out, he had switched bottles and consumed an energy drink, which had the same color as the gasoline he bought.

Police Major Eudisan Gultiano, spokesperson for the Davao Police Regional Office, had stern words for the pranksters, reminding vloggers to refrain from actions that could result in public disturbance and waste other people’s time and resources.

Gultiano said pranks like this were not only unacceptable, but they also divert valuable resources away from where they are truly needed.

“Wala man mo gibawalan nga maglingaw-lingaw anang inyong pranks apan hangyo lang mi, ayaw idamay kining emergency concerns (No one is preventing you from having fun with pranks such as this, but we ask that you spare those focusing on emergency concerns),” the town’s MDRRMO posted on its Facebook page.

Police said the vloggers would be charged with alarm and scandal based on the Revised Penal Code, which carries a penalty of 30 days of imprisonment and a fine of P40,000. – Rappler.com