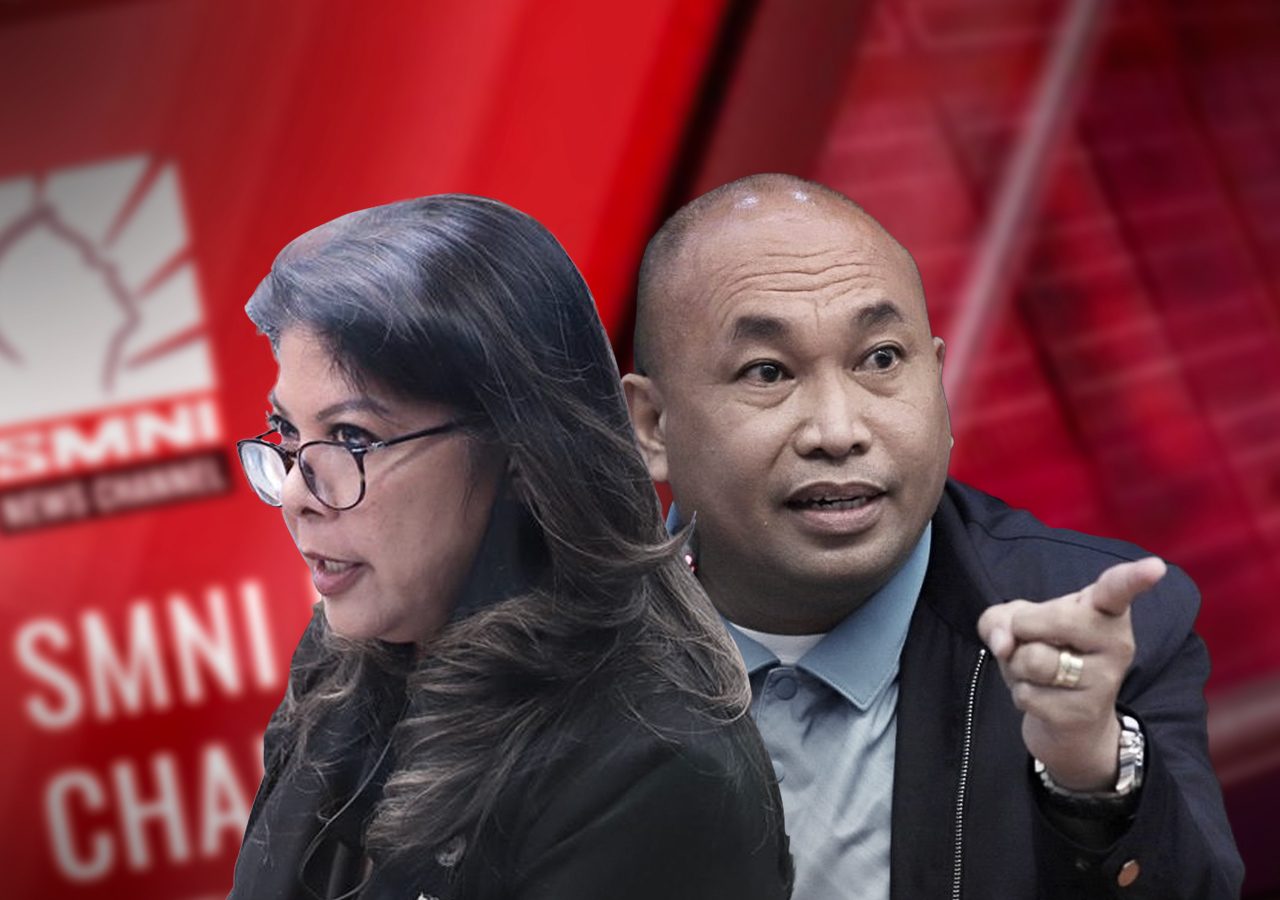 MANILA, Philippines – The Movement Against Disinformation (MAD) said Sonshine Media Network International (SMNI) and its presenters violated provisions of the 2007 Broadcast Code of the Philippines by blatantly red-tagging Rappler and its CEO Maria Ressa in the guise of delivering news.

In a statement released on Thursday, October 13, MAD added that the network was “using, misusing, and abusing” its legislative franchise.

On the program “Labang Kasama ang Bayan” on October 11, former anti-insurgency spokesperson Lorraine Badoy and Jeffrey “Ka Eric” Celiz brought up the Court of Appeals’ decision denying the motion for reconsideration for the cyber libel conviction of Ressa and former researcher Reynaldo Santos Jr. Badoy and Celiz had the following exchange:

(Celiz: One more step for the conviction of Rappler operator for disinformation, misinformation –

Badoy: Destroyer of the Philippines.

Celiz: – deception, and platform provider for the CPP-NPA-NDF, Maria Ressa. We don’t even know if she’s a Filipino or what kind of person she is.

Badoy: And it’s like CPP also, right Eric and Franco? Ruining the image of the Philippines. She’s making her crimes seem like she’s a political prisoner and it’s about freedom of expression. No. This is a private case. So to save her skin, she’s putting the Philippines in a bad light. How vile.)

MAD cited Section 4 of Republic Act No. 11422, a provision of Swara Sug Media Corporation’s legislative franchise, which says that it shall “not use its stations or facilities for the broadcasting of obscene or indecent language, speech, act, or scene; or for the dissemination of deliberately false information or willful misrepresentation, to the detriment of the public interest.”

It also cited provisions in the Broadcast Code of the Philippines, which prohibit “side comments expressing personal opinions while a news item is being reported or delivered,” as well as personal attacks, and programs intended to malign, unfairly criticize, or attack a person.

“The incident above involving SMNI and its presenters is an indubitable example of active seeding and peddling of disinformation, which not only assaults the integrity of Ressa and Rappler but more importantly violates SMNI’s mandate to the public to be a fair, objective, and credible source of news and information,” MAD’s statement read.

The coalition called on the relevant government agencies and the Kapisanan ng mga Brodkaster ng Pilipinas to investigate and review the aforementioned incident.

As of June 2022, Badoy is facing at least 12 administrative and criminal complaints for her relentless red-tagging. Ressa previously filed an administrative complaint with the Office of the Ombudsman claiming Badoy violated Section 4(A) of the Code of Conduct and Ethical Standards. – Rappler.com