COMPLAINT. Ordinary citizens, members of religious groups, teachers, and student leaders file administrative complaints against Usec. Lorraine Badoy at the Office of the Ombudsman on March 23, 2022.

MANILA, Philippines (UPDATE 1) – Communications Undersecretary Lorraine Badoy has been one of the most constant faces of President Rodrigo Duterte’s crackdown on dissent throughout his administration.

Badoy, who is also the spokesperson for the National Task Force to End Local Communist Armed Conflict (NTF-ELCAC), has often targeted activists and human rights defenders by alleging they are members of the local communist movement. This is called red-tagging.

Red-tagging is the act of linking legitimate progressive groups to the Communist Party of the Philippines (CPP) and its armed wing, the New Peoples’ Army (NPA).

But a growing number of her targets refuse to let her get away with using her position to freely utter statements that have put lives in danger.

Based on Rappler’s count, Badoy faces at least 12 administrative and criminal complaints for her serial red-tagging as of June 20, 2022.

Here’s a list of her targets who retaliated, and the details of their complaints, starting with the most recent:

On June 20, 2022, a group of 17 doctors filed a complaint-affidavit against Badoy, a fellow physician, at the Professional Regulation Commission, for “maligning” doctors and tagging them as terrorists. The complaint is not the first of its kind with the PRC, as the Alliance of Health Workers also filed one in April 2022.

In their complaint, the doctors asked the PRC to consider penalizing her, including through the revocation of her medical license.

Nobel Laureate and Rappler CEO Maria Ressa filed an administrative complaint against Badoy on April 19, 2022, over “malicious and defamatory” posts and articles against the journalist. 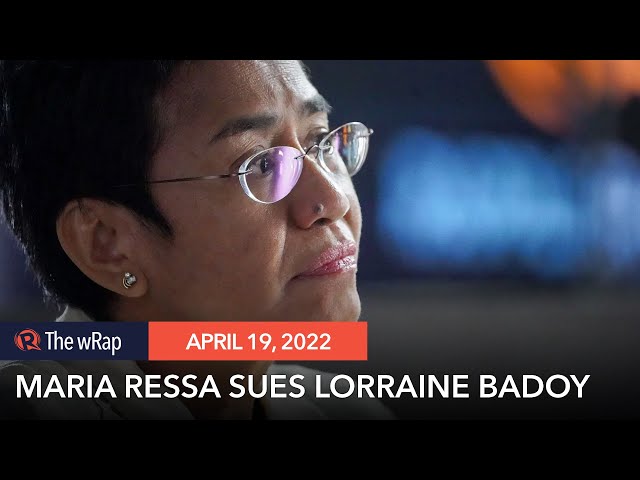 In her complaint filed with the Office of the Ombudsman, Ressa listed at least nine instances when Badoy branded her as an “enemy of the state” using her verified Facebook page or through official websites.

Badoy had also falsely declared Rappler as an “ally and mouthpiece” of the CPP-NPA.

Ressa claimed Badoy violated Section 4(A) of the Code of Conduct and Ethical Standards.

The mother of the individual who sparked a movement to give free food and other goods to Filipinos during the pandemic sued Badoy for red-tagging organizers for their initiative.

Zen Bernardo, mother of Maginhawa Community Pantry organizer Ana Patricia “Patreng” Non, filed the case with the Ombudsman on April 13, 2022, for the “commencement of disciplinary proceedings to undermine the administrative, civil, and criminal liabilities” of Badoy.

Bernardo cited Badoy’s red-tagging of community pantry organizers like Non in her complaint.

The mother said that Badoy’s dissemination of false information was a misuse of her official authority and public resources, which also led to the endangerment of the lives of ordinary citizens. 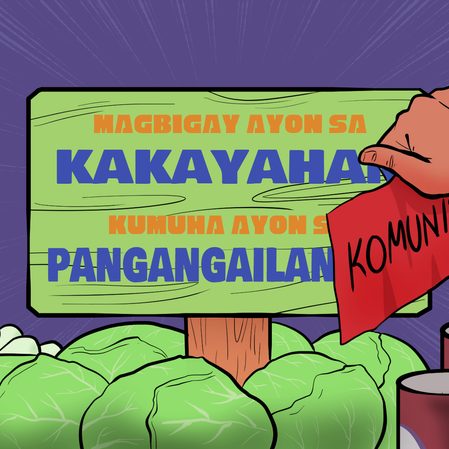 She said Badoy violated the Philippine law on crimes against humanity as well as the Code of Conduct and Ethical Standards. Bernardo also alleged Badoy maliciously disclosed Non’s sensitive personal information, and caused undue injury to people involved in the pantries.

On April 7, 2022, leaders of the Alliance of Health Workers (AHW) filed administrative and criminal complaints against Badoy with the Ombudsman for defaming and red-tagging their leaders.

A few days later, on April 11, the AHW went to the Professional Regulation Commission to seek the immediate revocation of her physician’s license.

The group said Badoy maliciously implicated the AHW as a creation of the CPP-NPA-National Democratic Front (CPP-NPA-NDF) with the intention to infiltrate the government.

Cristy Donguines, a nurse and president of Jose Reyes Memorial Medical Center Employees Union-Alliance of Health Workers, said Badoy’s baseless accusations have caused “anxiety and sleepless nights” to AHW’s national leaders and members, as well as those close to them.

The groups cried foul over Badoy alleging the Vice President was a supporter of the CPP-NPA just because progressive groups expressed support for her presidential bid. Badoy also called Robredo a “virtual mouthpiece of the terrorist group.”

They alleged Badoy violated the Code of Conduct and Ethical Standards for Public Officials and Employees, and Joint Circular No. 001 (s. 2016) of the Commission on Elections and Civil Service Commission on electioneering and partisan political activities.

They also claimed she caused undue injury in the discharge of official administrative functions in violation of the Anti-Graft and Corrupt Practices Act, and conducted partisan political activity, as prohibited by the Omnibus Election Code and the Administrative Code of 1987.

On March 23, 2022, some 26 activists and concerned citizens filed before the Ombudsman three separate complaints against Badoy for red-tagging Robredo and members of the progressive Makabayan bloc in Congress.

The petitioners said it was wrong for a public official like Badoy to hurl “serious but baseless accusations.” They said that someone who initiates and spreads fake news has no place in the government and in state media.

They accused Badoy of multiple violations of the Anti-Graft and Corrupt Practices Act and the Code of Conduct and Ethical Standards for Public Officials and Employees.

The three complaints were the first of their kind during the 2022 election period.

Kabataan Representative Sarah Elago filed with the Ombudsman an administrative complaint against six officials of the NTF-ELCAC, including Badoy.

In her complaint, Elago said Badoy and the other officials committed grave misconduct for repeatedly claiming she was a communist rebel, and accusing the progressive party-list group of acting as a “front organization” for the CPP.

Elago argued the six government officials were acting in their official capacity, and are guilty of malfeasance when they made the claims against her.

She said the officials’ red-tagging violated the Code of Conduct and Ethical Standards for Public Officials and Employees.

Karapatan secretary-general Cristina Palabay said she and Karapatan had been “persistently tagged as terrorist members or supporters of the CPP-NPA by the Respondents.”

They claimed to have suffered from persecution, which the IHL punishes when committed “against any identifiable group or collectivity on political, racial, national, ethnic, cultural, religious, gender, sexual orientation or other grounds that are universally recognized as impermissible under international law.”

Policy research group Ibon Foundation filed an administrative complaint with the Ombudsman against Badoy, Parlade, and Esperon for their “persistent attacks” against and “red-tagging” of progressive groups.

Ibon asked the Ombudsman to punish the officials for their conduct that was “grossly disregardful of the public interest, unprofessional, unjust and insincere, politically biased, unresponsive to the public, distorting nationalism and patriotism, and undemocratic.”

The group said Badoy and the other two officials violated provisions of the Code of Conduct and Ethical Standards for Public Officials and Employees.

Leading up to the complaint, Badoy in an episode of One News’ The Chiefs claimed that Ibon was part of the CPP instead of addressing Ibon’s concerns after it fact-checked numbers cited in the Duterte Legacy campaign. 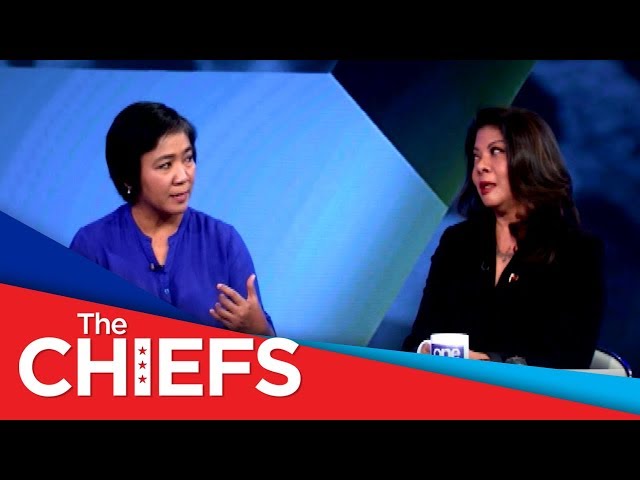