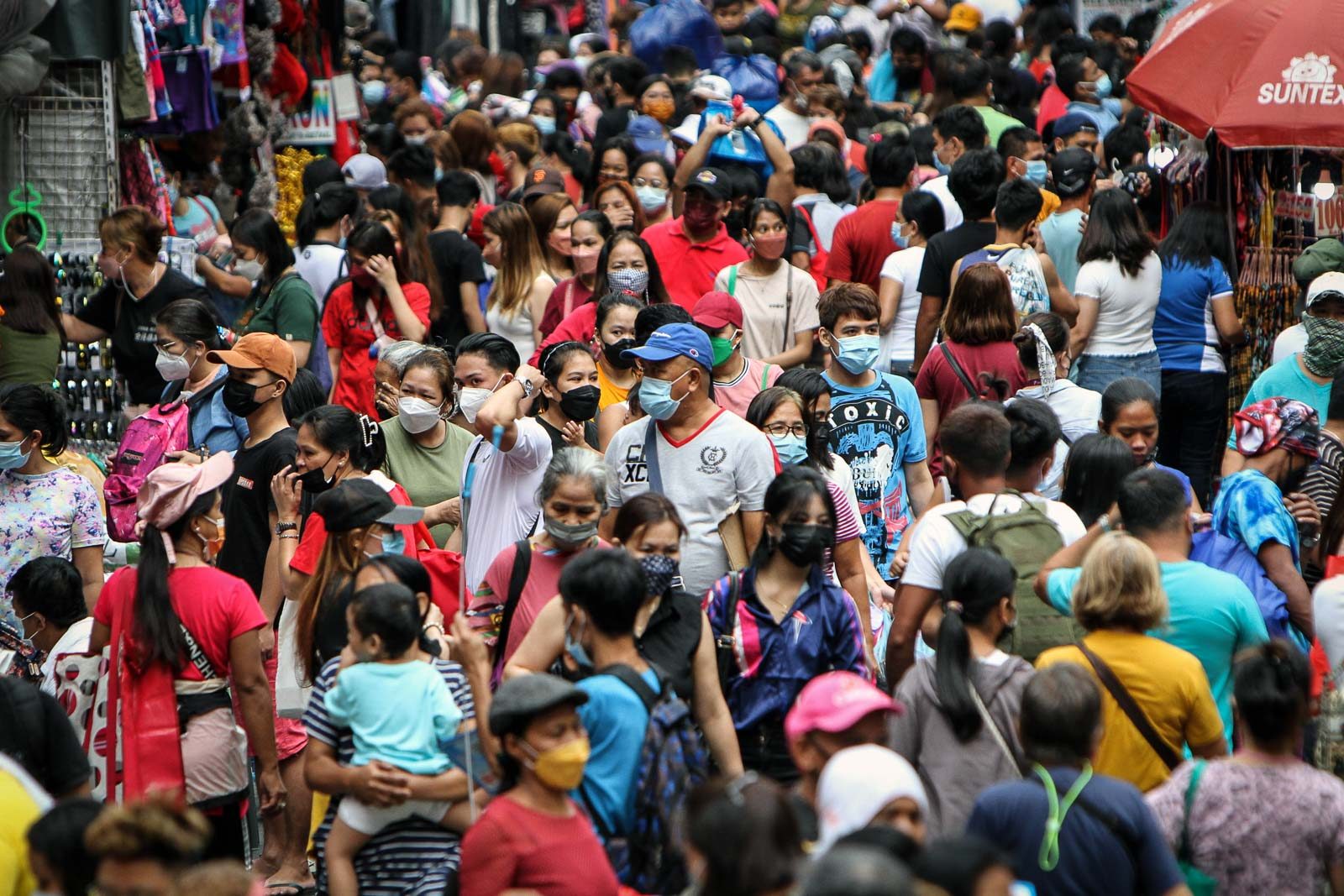 Facebook Twitter Copy URL
Copied
(1st UPDATE) 'The reality is, we’re not doing enough yet globally to be able to say with any degree of certainty that we can avoid the emergence of a new variant,' says WHO's Dr. Michael Ryan

MANILA, Philippines – As millions more people test positive for COVID-19 amid the rapid spread of the Omicron variant, the World Health Organization (WHO) cautioned that it was “wishful thinking” to believe that the latest variant of concern would be the last to emerge in the pandemic, or work as one that could take the world to a significant level of protection against the virus.

WHO Health Emergencies Program Executive Director Dr. Michael Ryan said in a press conference on Thursday night, January 6, that with billions still unvaccinated worldwide, “there is still plenty opportunity for this virus to spread and to generate new variants.”

“I think it’s wishful thinking, quite frankly, at this point,” he said of the thinking of some that Omicron would be the last variant. “We saw with very high levels of transmission of previous variants and very high levels of seroprevalence, how Omicron was able to come in and exploit the immunity gaps that existed, and do exist, around the world.”

Soaring caseloads reported across several countries in recent weeks have renewed discussion on whether Omicron could lead nations to herd immunity – the point at which a population gains immunity from a virus by either prior infection or vaccination. Because of its hypertransmissibility and the variant appearing to be less severe compared to others such as Delta, some scientists suggested that it could offer hope that the virus was losing its power.

In the Philippines, Octa Research fellow Nicanor Austriaco, a molecular biologist, likened Omicron to a “blessing” and the “beginning of the end of the pandemic” owing to these factors. Citing a study where patients infected with Omicron appeared to gain antibodies that protected them against COVID-19 and its variants, Austriaco had even likened Omicron to a “natural vaccine.”

But with infections and transmission hitting record-highs, and millions of unvaccinated individuals remaining as potential reservoirs for the virus, it can be difficult to say with certainty what the timetable would be for containing COVID-19, the WHO said.

“There is no inevitability that the next variant will be less severe or more severe. We just have to see what happens as this virus evolves,” she added.

Israel’s top health minister, Nachman Ash, had recently voiced a similar refrain on Omicron and herd immunity, with cases expected to reach record highs in the coming weeks. But Ash said, “The cost will be a great many infections.” He underscored vaccinations were still the best way forward.

“The numbers will have to be very high in order to reach herd immunity. This is possible but we don’t want to reach it by means of infections, we want it to happen as a result of many people vaccinating,” he said.

In a press briefing on Friday, January 7, infectious disease expert Dr. Edsel Salvaña of the University of the Philippines-Philippine General Hospital pointed out that Omicron’s reduced severity should by no means be a reason for people to seek infection.

“The risk is not zero,” he said. “If there is one thing constant about COVID-19 and the SARS CoV-2 virus is that it has surprised us time and again. For all the experts, it is really difficult to predict, so let’s not be complacent.”

The downside to waiting for Omicron to continue spreading in hopes it provided significant levels of protection in a population is it could still lead to many deaths. While Omicron is less severe compared to variants like Delta, it was by no means “mild,” WHO Director General Tedros Ghebreyesus warned on Thursday night.

“Just like previous variants; Omicron is hospitalizing people and it is killing people,” he said.

With Delta still widely circulating, infections are likewise not guaranteed to be mild, said Dr. Benjamin Co, an infectious disease and clinical pharmacology specialist at the Asian Hospital and Medical Center and Cardinal Santos Medical Center.

What this means for the public as well as governments is that the best way forward is to still speed up and ensure widespread vaccinations, while ensuring measures were taken to stem transmission of the virus.

“The big point is, the less this virus circulates, the less opportunity it has to change,” Kerkhove said.

As the world enters its third pandemic year, the consequences of widespread transmission has shown itself in the emergence of new variants. As long as transmission remaining significant, Co said, “I can’t fully say from an infectious disease point of view, say, ‘Okay, after Omicron we’ll never get anything anymore,’ with finality, because the virus will find a way to replicate itself again and [then] here we go again.”

Ryan added: “I think it’s not premature for us to hope. We can hope for anything, we should hope for everything. But the reality is, we’re not doing enough yet globally to be able to say with any degree of certainty that we can avoid the emergence of new variants.” – Rappler.com