INUNDATED. An aerial view of flooding in the Cagayan Valley on November 15, 2020

Senator Francis Pangilinan called for the establishment of a government council to oversee all water-related matters in the country, including the release of water from dams during typhoons.

This is to avoid a repeat of the “devastating floods” that inundated Cagayan and Isabela provinces following Typhoon Ulysses (Vamco), the opposition senator said in an interview on ANC’s Headstart on Wednesday, November 18.

Besides preventing future catastrophes, an integrated water resource management council may also craft a long-term plan on flooding and other water-related issues like access to drinking water, irrigation, and hydroelectricity, Pangilinan said.

These matters are currently distributed among the Department of Public Works and Highways (DPWH), National Irrigation Administration (NIA), Local Water Utilities Administration (LWUA), and Metropolitan Waterworks and Sewerage System (MWSS). Pangilinan said it would be better to consolidate these agencies’ water-related tasks under a single council.

“So it’s an integrated approach to managing our water to address the critical need for potable water, irrigation, to address power, and to address flooding,” the senator added. 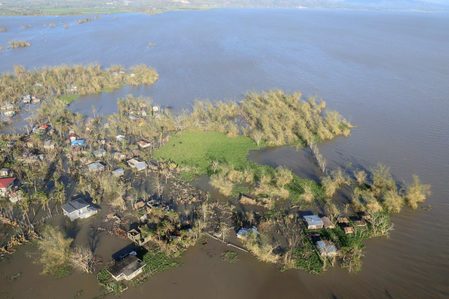 Pangilinan, a former NIA chairman, said President Rodrigo Duterte may create such a council through an executive order, and it can be headed by Cabinet Secretary Karlo Nograles. Secretaries of concerned Cabinet agencies can be members.

“They can come together, decide on the protocols, and come up with a common understanding of how we properly manage our water issues,” Pangilinan added.

Pangilinan earlier joined several other senators in calling for a legislative probe into what caused the unprecedented flooding in Cagayan and Isabela. Several local and national officials have blamed it on the release of water from Magat Dam. Lawmakers plan to inquire whether laws or protocols were broken, and if laws on the matter are sufficient in the first place.

As of 12 pm on Wednesday, the National Disaster Risk Reduction and Management Council said Ulysses left at least 73 people dead and 24 injured, while 19 people were still missing. – Rappler.com