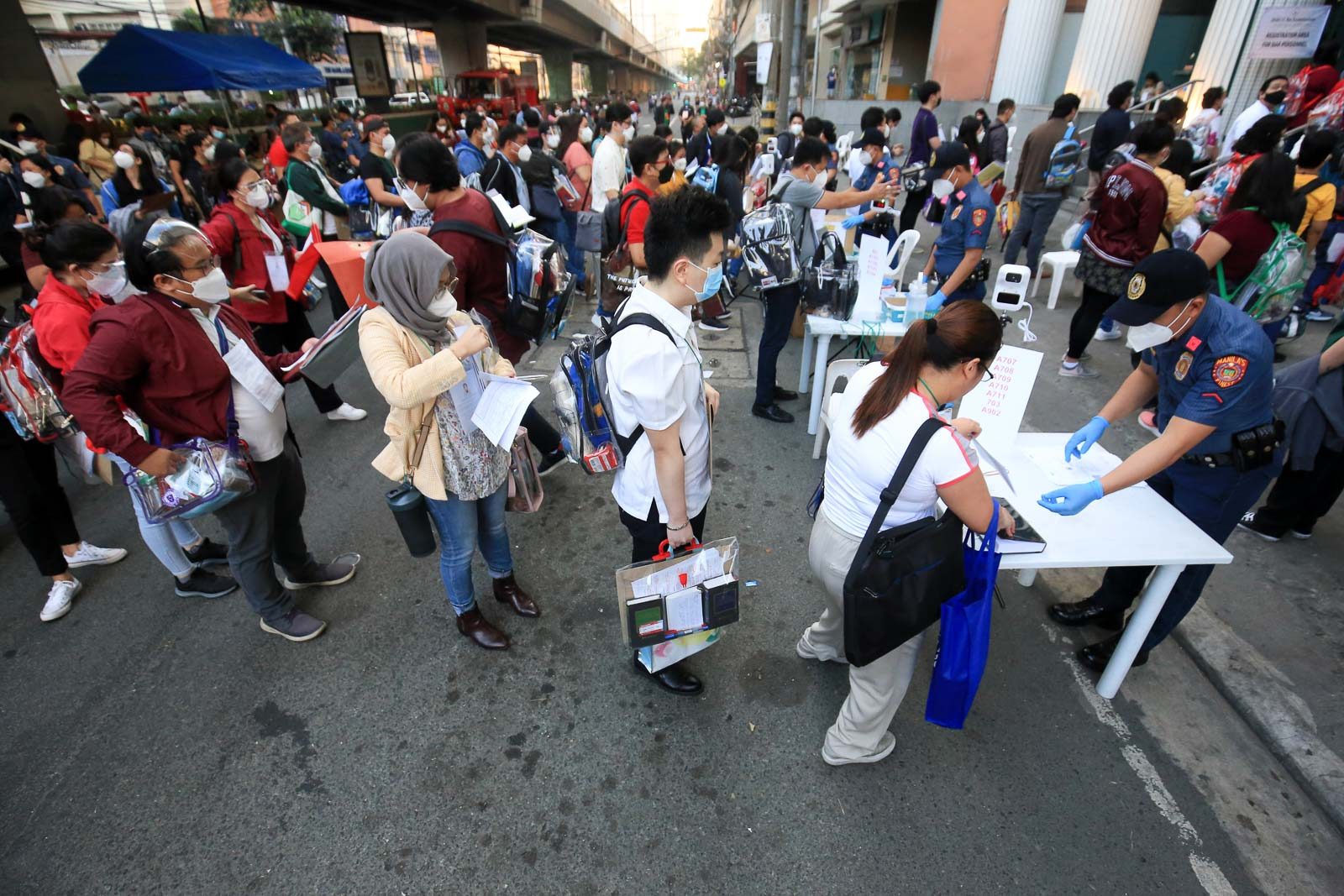 Aspiring lawyers line up at De La Salle University in Taft Avenue, Manila for the first day of the Bar examinations on February 4, 2022. Rappler

A total of 761 are on the exemplary list, or those who got high grades. Meanwhile, 14 are on the excellent list. This is in lieu of the traditional Top 10.

Called the “Best Bar Ever” by the Bar Chairperson Associate Justice Marvic Leonen, it became the “Biggest Bar Ever” when the pandemic canceled the 2020 Bar, the first time in history that the Bar skipped a year. As a result, two batches of law graduates took the 2020/2021 Bar last February, the first digitized and decentralized Bar Examinations in the Philippines.

“All these are historic achievements,” said Leonen, who added he didn’t want to compare this Batch to the record passing rates, calling them Sui Generis or a class of its own.

There are 14 bar passers on the excellent list, who got grades higher than 90%, representing 0.17% of the passers.

The Supreme Court ranked the law schools by several categories.

Associate Justice Benjamin Caguioa, the 2022 Bar chair, meanwhile said they are still deciding when to hold the 2022 Bar – if it’s going to return to the traditional month of November.

Caguioa said he will keep the innovations – such as the tests being digitized and regionalized – but said they would likely have fewer testing centers, possibly cutting it by half from 30 to 15. 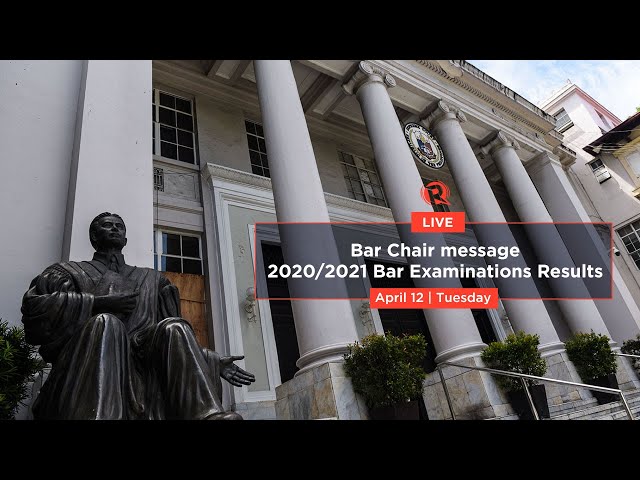 This is the first full-fledged pandemic batch of lawyers, as students spent the last years of law school and reviewing for the Bar while the country was on lockdown. Classes were also held online. Because of this, the Supreme Court scrapped for this Bar the ranking of Top 10 passers. Instead, there will be a very long list of exemplary passers.

The Bar examinations were held under unprecedented and distressing conditions – those who tested positive for COVID-19 within 48 hours of the two-day examinations were unable to take the Bar. They would have to try again for the 2022 exams, to be chaired by Associate Justice Benjamin Caguioa. There is no certainty yet if the 2022 Bar will be held in November, the traditional month for the Bar.

Although the examinations were held just this February, the results are out in just over two months because the tests were digitized.

The Philippine Bar Examinations are still considered one of the toughest licensure examinations, but debate about educational reform has grown louder over the last few years to call on law schools to focus not on producing Bar passers, but ethical lawyers with integrity. – Rappler.com