Facebook Twitter Copy URL
Copied
The Department of Health has received over 500,000 pieces of face shields from Pharmally

Mago, who said she no longer worked for Pharmally, made the statement before lawmakers at the House of Representatives, where she recanted her explosive Senate testimony that she, upon the instruction of company secretary Mohit Dargani, told warehouse workers to tamper with the expiration dates of the face shields.

She said during her House testimony that what she gave the Senate on September 24 was a “pressured response” – a claim that was markedly different from what a video of the Senate hearing shows.

In the Senate, she readily confirmed the warehouse staff’s testimony without much need for prodding, telling the senators, “That is something I cannot deny.” When Gordon asked her if she believes they swindled the government, she quickly answered twice, saying “I believe so” first, and then “I believe that is the case.”

At the House hearing on Monday, Mago said, “The face shields required by the Department of Health for this specific contract are non medical-grade face shields and this is also stated in the technical specifications.”

In the earlier Senate hearing, a witness presented by Senator Risa Hontiveros said he believed the face shields were for healthcare workers because they saw the boxes were labelled “for DOH” or for the Department of Health. The witness was identified as someone who worked as warehouse staff for Pharmally and handled the repackaging of face shields.

The finding sparked public criticism over the government’s treatment of health workers, thousands of whom continue to demand for better treatment and benefits during the pandemic. As of October 2, the DOH has recorded a total of 25,789 health care workers positive for COVID-19; 105 (0.4%) have died.

At the House, Mago sought to “clarify” details on Pharmally’s face shield delivery to the government by denying the testimony of Hontiveros’ witness that substandard items were delivered. Mago said damaged face shields were apparently disposed of easily under Pharmally’s “quality control procedures.”

Mago said she changed her mind on an earlier statement that Pharmally “swindled” government, after “evaluating” her answers and “realizing” only partial deliveries for face shields were made.

“I realized that the face shields that we partially delivered to the Department of Health have not been inspected and accepted so hindi pa rin po siya na-allocate and na-distribute (these haven’t been allocated and distributed) to end users,” Mago said.

This is in contrast to information provided in the House’s previous hearing, where Surigao 2nd District Representative Johnny Pimentel concluded that the government had no losses in the deal if the face shields had been used.

“The issue is not the expiry, but if they were used by frontliners…. We have already established that the face shields were utilized. Meaning, wala hong lugi (there was no loss),” Pimentel said on September 27.

Lawmakers at the House have not yet asked additional questions on the matter. The hearing is still ongoing as of posting.

Meanwhile, house lawmakers also questioned statements made by Hontiveros’ witness, saying it could be inadmissible in court if it was not given under oath. They also said it was hard to believe the testimony because the person was dressed in a hoodie and wearing sunglasses.

What face shields were delivered?

It was not immediately clear what kind of face shields were delivered by Pharmally to the DOH. Earlier, on October 1, the DOH said Pharmally had delivered over 500,000 pieces of face shields so far, but that it had not yet paid the company due to incomplete deliveries.

Asked about face shields later in the hearing, DOH Undersecretary Leopoldo Vega repeated that the foam portion of the item, which comes into contact with the wearer’s head, is what gives it a limited shelf life of 36 months.

Rappler has sought clarification from the DOH on Mago’s claims and if the 500,000 face shields it received were medical-grade or not. The agency has yet to respond as of posting.

The DOH earlier said that it was suspending “acceptance and further deliveries” of face shields from Pharmally, as it launched its own probe into the embattled company.

Malacañang and lawmakers in the House have tried to downplay the issue of allegedly tampered face shields in recent days, with no less than President Rodrigo Duterte pushing the argument that the item, made mostly of plastic, would take years to expire.

The House has echoed this in recent hearings, as good government committee chairman DIWA Representative Michael Aglipay asked health officials if the allegedly expired face shields had killed frontliners who used them. A DOH official said at the time, “Wala naman po sa pagkakaalam namin po (No one, as far as we know).”

Lawmaker: If face shields were expired, did anyone die? 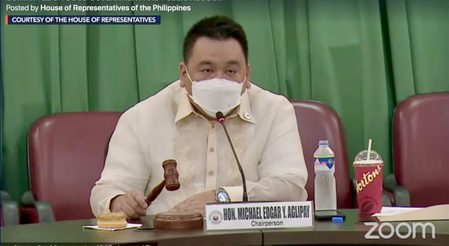