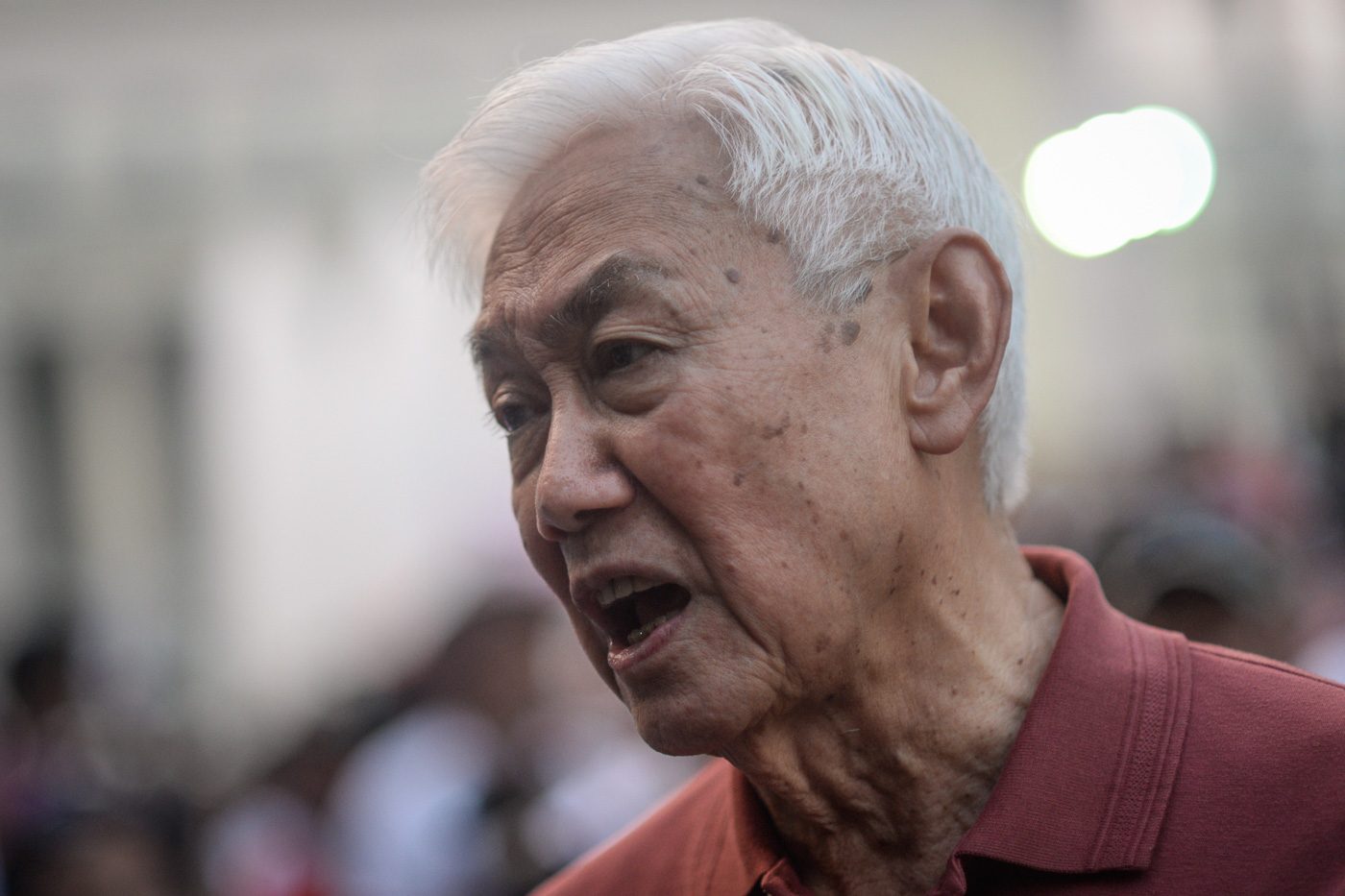 MANILA, Philippines – The Philippine anti-terror council has designated as a terrorist the exiled senior adviser of the National Democratic Front (NDF), Luis Jalandoni, saying it is “based on verified and validated information.”

Aside from Jalandoni, five other people tagged as alleged members of the Communist Party of the Philippines-New Peoples’ Army (CPP-NPA), were designated as terrorists in Resolution No. 31 dated May 25 but uploaded only on the anti-terror council’s website on Wednesday, June 15.

Designation, a contentious but upheld power under the anti-terror law, allows the council to designate people and groups as terrorists based on their own determination. Its hearings, if there are any, are secret and designees are notified by surprise when the council uploads a resolution or announces it. It’s a process distinct from proscription, which has a full court trial and needs a judge’s approval.

Jalandoni and the five others can seek to delist themselves, which was a process added only by the Implementing Rules and Regulations (IRR).

There’s a standing warrant against Jalandoni over an old murder case stemming from the communist movement purge, revived when President Rodrigo Duterte ended the peace talks with the left.

The Supreme Court has upheld the anti-terror law almost entirely, including designation which was among the law’s most questioned power.

The council said it has “verified and validated information obtained and consolidated by the National Intelligence Committee.”

The council first designated the CPP-NPA as a group, then proceeded to designate CPP founding member Jose Maria Sison and other peace talks consultants.

The designation of the NDF as a group worried political dissenters because they saw it as the first of moves to start designating activists who had been involved in the peace talks as consultants to the NDF.

By July 1, the council will have a new vice chairperson – Ferdinand “Bongbong” Marcos Jr.’s incoming national security adviser Clarita Carlos. A longtime, but retired, political science professor of the University of the Philippines (UP), Carlos had indicated red-tagging would not be done under her.

Carlos’ statement, however, was not categorical if it included red-tagging by means of designation which is under a law upheld by the Supreme Court.

Human Rights Watch’s Asia senior researcher Carlos Conde, a Filipino, said Carlos’ statement still suggested “a critical reversal to a dangerous policy” and that the retired professor “should make good on her statement to finally end the practice.” – Rappler.com