IMPLICATED. Patrolman Roy Navarete of the Laguna police is identified by witnesses as an abductor of missing e-sabong master agent Ricardo Lasco. 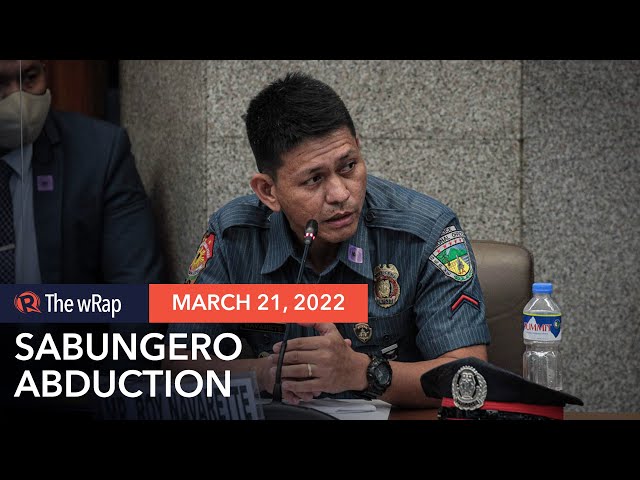 MANILA, Philippinse – In testimonies that stunned senators, witnesses implicated at least two members of the Philippine National Police (PNP) in one abduction case among the string of disappearances of sabungeros (cockfighters) since 2021. 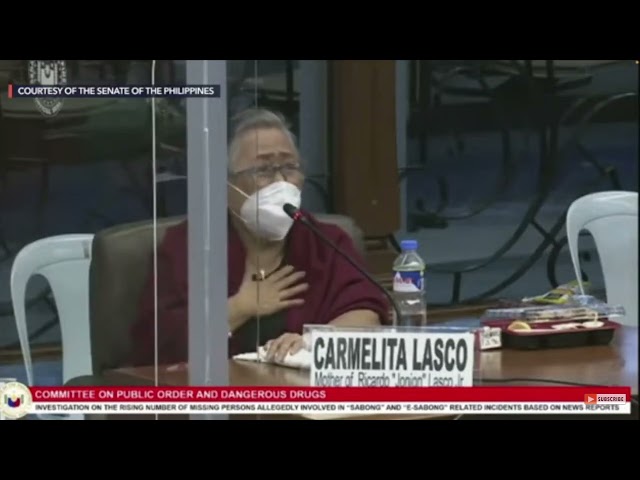 They named patrolman Roy Navarete and staff sergeant Daryl Paghangaan as agents in the kidnapping of Lasco from their San Pablo home on August 30, 2021. Both of them denied involvement in the alleged abduction.

From April 2021 to January 2022, some 34 sabungeros have gone missing, leaving dozens of families fearful for their lives as they struggle to stay afloat without their breadwinners. As for Lasco’s family, they testified on Monday that their relative not only disappeared, but was abducted.

On August 30, 2021, Lasco’s family recalled a group of at least 10 men wearing black civilian clothes who stormed their home, identified themselves as agents of the National Bureau of Investigation (NBI), dragged Lasco away, and ransacked their rooms before fleeing. A CCTV camera caught the abduction on video, which was publicized by GMA News.

While they were not physically harmed, the women said the men took their cash, their phones, their wallets, their jewelry, and even a vault owned by Rasco.

The women identified Paghangaan through the shape of his face and his stout build. They said he posed as the NBI agent who presented a warrant to them when they took Lasco.

“All of us have no doubt that it is him, even the minor (with us at home),” Princess Montanes-Lasco told senators.

The women meanwhile identified Navarete through his eyes and his tall stature. According to them, Navarete stood out for being insistent in having them open the vault for him. The women could not do so because only Lasco’s secretary knew its code, Gilda Montanes explained.

The revelation on Monday was the first time that members of the Philippine National Police were implicated in the disappearances of cockfighters.

“Wala kayong puso. Sana isinoli ‘nyo na lang ang anak ko. Ibibigay namin ang aming kabuhayan, maibalik lang ang anak ko nang buhay,” said Carmelita Lasco, Ricardo’s mother. (You have no hearts. You could have at least returned my son. We will give up our livelihood, just to get back my son alive.)

“Walang itinira sa amin (They left nothing for us),” Princess said.

Both implicated cops were members of the Laguna provincial intelligence branch. As intelligence officers, they were afforded elbow room in their day-to-day activities.

They could go around neighborhoods speaking to people and say it was part of intel work, and they could mount operations based on their obtained intelligence, however questionable it might be. 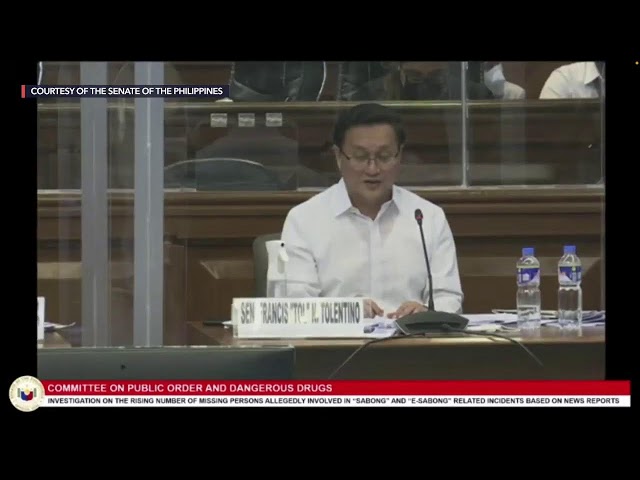 The policemen defended themselves during the hearing, but both appeared to fail in convincing senators and even their higher-ups to take their side.

Navarete said he was on patrol and had photos he took that proved he was in a different part of Laguna when the abduction of Lasco occurred. When pressed where he was specifically, he had to look to his phone before responding, raising doubts from senators questioning him.

Paghangaan, meanwhile, said he was on his day off, and was delivering soap in a different part of the province. He said he had text messages to prove it.

Dela Rosa was alarmed that Navarete was on patrol while a kidnapping was successfully mounted in the same province. He also found Paghangaan’s alibi questionable. Senate President Vicente Sotto III said the alibis were weak compared to the witness testimonies of the women.

Major General Eliseo Cruz, the chief of the powerful Criminal Investigation and Detection Group of the PNP, vouched for the credibility of the women.

“These witnesses are credible. They are victims. And they are complainants,” Cruz said.

The CIDG has yet to file complaints with the women as witnesses. Cruz said they were still consolidating evidence. He added that a total of 5 cops will be the subject of their complaint.

PNP chief General Dionardo Carlos ordered for Navarete and Paghangaan to be assigned to Camp Crame in Quezon City. The reassignment was the closest thing the PNP could do as a form of detention, as they could no longer be arrested and inquested months after the allaged crime. – Rappler.com