civil service in the Philippines Facebook Twitter Copy URL
Copied
For years, Filipino professionals have frowned upon the tedious process of earning units from costly seminars just to have their licenses renewed

MANILA, Philippines – Lawmakers of the 19th Congress have revived conversations on proposals to either change or fully repeal a six-year-old law that critics say made the renewal of professionals’ licenses burdensome.

Under the Continuing Professional Development (CPD) Act of 2016 (Republic Act 10912), licensed Filipino professionals must earn units – acquired through trainings, online courses, and graduate studies among others – to have their licenses renewed.

It’s easier said than done, and the law has been frowned upon by those who have borne the brunt of the inconvenient requirements.

What the problem is exactly

The CPD Act was enacted in response to international standards “to ensure that our professionals can face the challenging world ahead, with competency at par with the standards of other ASEAN member countries,” according to former senator Antonio Trillanes IV, who was among the authors of the law.

Years later, he acknowledged the law’s lapses and the need to introduce amendments.

Addressing House lawmakers in a hearing on Monday, November 28, Ramil Gabao of the Professional Regulatory Commission identified four areas of resistance from licensed professionals: accessibility, cost, availability, and the quality of the CPD.

Nurses, for example, have lamented the high cost of seminars by private CPD providers, and the lack of a cheaper, PRC-accredited alternative.

Aside from such trainings that will allow them to renew their licenses, their employers also require them to attend seminars that are not accredited by the PRC.

“If certain professions need CPD as prerequisite to accessing jobs in ASEAN countries, let that be facilitated by the government through free, accessible CPD courses sponsored by the respective accredited professional organizations (APO) and other government agencies,” Jocelyn Andamo of the Filipino Nurses United told lawmakers.

Migrant Filipino workers, meanwhile, struggle to comply with the requirements, as they have limited options available. Since they are abroad, they can only take online courses that charge by the dollar.

Representative Marissa Magsino (OFW Party-List) wants exemptions for migrant workers with a three-year service contract, or practicing their profession outside the Philippines for the same period.

“The rationale behind this proposal is the out-of-the-country nature of their employment, and the seasonal character of employment contracts of our overseas Filipino workers (OFWs) which make it very impractical and inconvenient, if not physically impossible for them to comply with the CPD requirements on a regular basis,” she said.

“We should contextualize the application of the law in the unique circumstances of our OFWs and peculiar nature of overseas employment,” Magsino added. 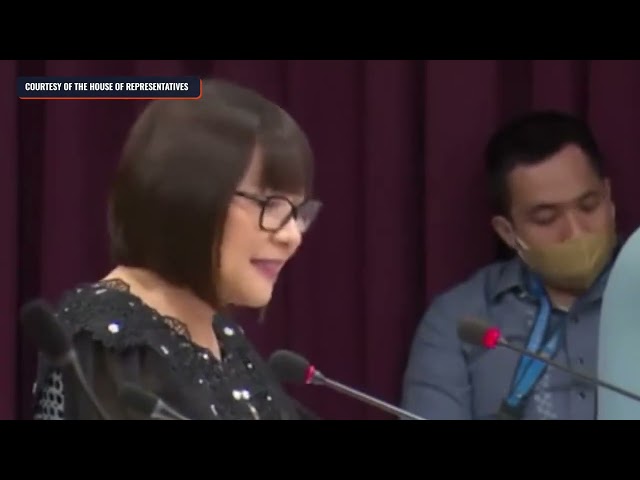 What the options are

The proposals in both the House and the Senate under the 19th Congress push to either “enhance” or amend the existing law, or fully scrap it.

For the record, a bill amending RA 10912 already hurdled the House in the 18th Congress, but was not passed by the Senate due to the lack of material time.

“This 19th Congress, the proposed law is one of our priorities,” said Baguio Representative Mark Go, who chairs the House higher and technical education committee.

Go noted that three of the 12 bills deliberated by his committee and the professional regulation panel were already patterned after the measure passed by the lower chamber in the past Congress. Lawmakers decided that a yet-to-be consolidated version of those proposals will be the lead measure on the issue, and approved the same.

“Other proponents of repealing the law have agreed to just simply amend as long as their issues and concerns are addressed,” Go said.

What the ‘enhancements’ are

Go asserted that the currently favored bill already seeks to address issues on expensive costs of the CPD prerequisites.

The proposed amendments include:

The PRC said it supports the would-be consolidated bill on the proposed “enhancement” of the CPD Act.

“It will be good for our professionals and it will not be burdensome,” Gabo said.

Under the proposal, government agencies shall include in their proposed annual budgets an allocation for the conduct of CPD training. – Rappler.com