Rappler Talk: Samira Gutoc and the rough start to her Senate bid 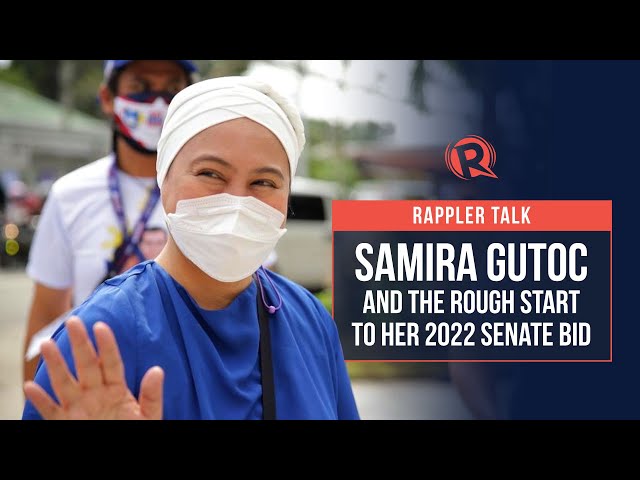 Samira Gutoc has not had it easy.

As soon as she filed her candidacy for senator, the public demanded to know why she left the Liberal Party for Isko Moreno and his party Aksyon Demokratiko.

She has lost thousands of social media followers, been told to shift parties via trending Twitter hashtags, and endured her own standard-bearer name-calling the people she had been allied with – namecalling she publicly disagrees with.

Yet her candidacy is by itself worth celebrating. If elected, Gutoc would be only the second female Muslim senator in the country’s history. Gutoc has a solid background in development and civic work. She has been outpoken in holding to account the Duterte government for its Marawi rehabilitation efforts and its human rights record in Mindanao.

She has promised to be a voice for women and children in the Senate. Gutoc is no stranger to fighting patriarchal structures. In 2017, she resigned from the Duterte-formed Bangsamoro Transition Commission to protest his joke about soldiers raping women in Mindanao during Martial Law.

Rappler senior reporter Pia Ranada interviews Gutoc about her Senate bid and the laws she would craft if she secures victory in 2022.