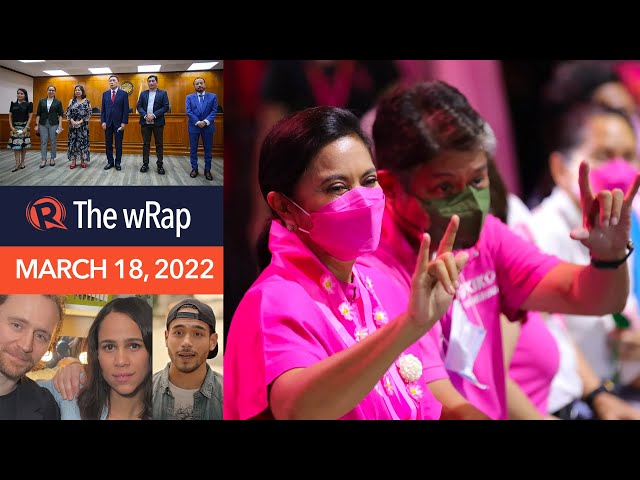 Former secretaries and staff of the education department express support for the tandem of Vice President Leni Robredo and Senator Kiko Pangilinan for the May elections.

Election-related chatter of Leni Robredo and Bongbong Marcos supporters on Twitter shows political polarization that facilitates the spread of fake news and disinformation, according to a #FactsFirstPH study.

Tom Hiddleston is engaged to girlfriend and playwright Zawe Ashton after three years of dating. Meanwhile, ex-PBB housemate Kit Thompson is arrested over allegedly detaining and hurting his girlfriend. – Rappler.com