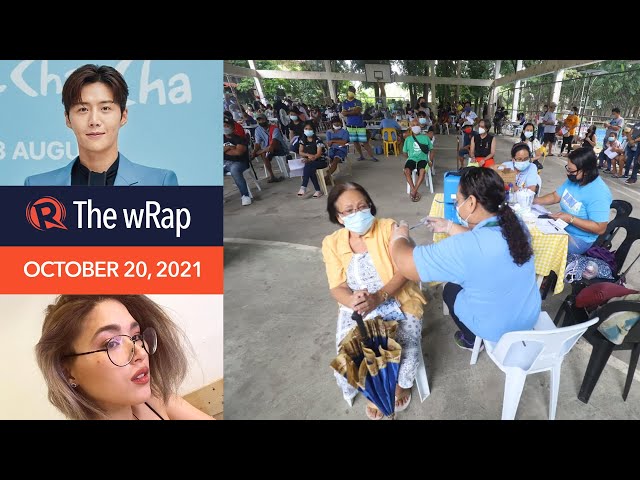 Vaccine czar Carlito Galvez Jr. says the national government aims to vaccinate 70% of the Philippine population before the start of the election period in February.

Senatorial candidate Samira Gutoc says her decision to join Manila Mayor Isko Moreno’s slate in the 2022 elections is a ‘calculated’ move to go beyond the limited spheres of influence of the Liberal Party.

Actress Kylie Padilla backs calls to legalize divorce in the Philippines after her estranged husband Aljur Abrenica posts an accusatory statement against her.

South Korean actor Kim Seon-ho apologizes Wednesday, October 20, after rumors of him allegedly forcing his ex-girlfriend into having an abortion surfaced. – Rappler.com