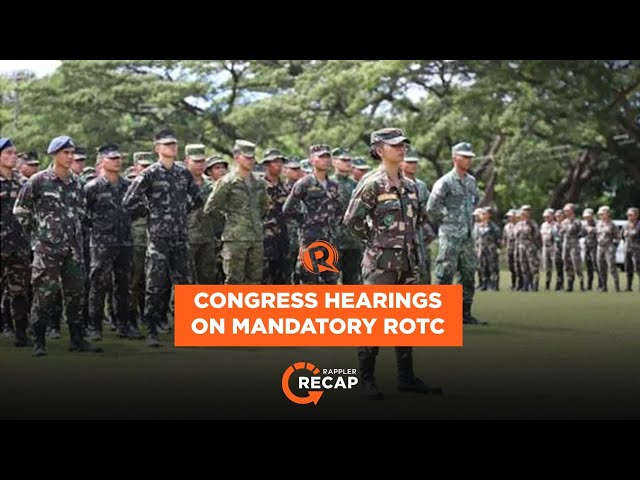 MANILA, Philippines – Both the Senate and the House of Representatives started hearing bills on making the Reserve Officer Training Corps (ROTC) a priority legislative agenda of the Marcos administration.

CHED Director Spocky Farolan said that the consensus bill was crafted after a series of discussions on bills related to service training filed with the Congress. On Tuesday, December 6, lawmakers approved House Bill No. 6486, consolidating all bills related to the ROTC. The bill, however, would still be subjected to amendments and recommendations, including the committee report, said Baguio City Representative Mark Go, who chairs the House committee on higher and technical education.

During the hearing, Kabataan Representative Raoul Manuel expressed his objection and asked for his name to be excluded from the consolidated bill.

“Since we have already decided on the motion and given the explanation that I made that the House bill that I filed actually seeks to maintain the NSTP (National Service Training Program) instead of abolishing it, I move that it be excluded from the consolidation, and I be removed from any list of possible authors or coauthors of the consolidated bill,” he said.

What exactly is the consolidated bill about? Rappler’s Bonz Magsambol gives a recap. – Rappler.com