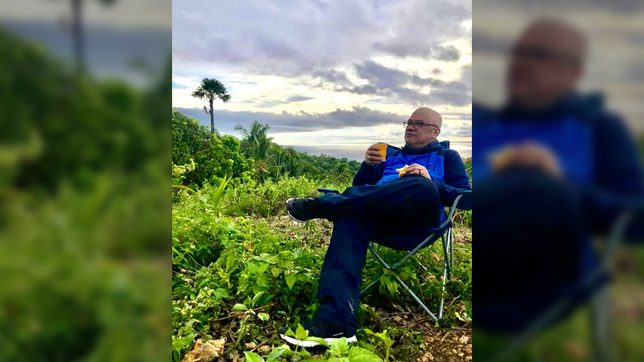 Facebook Twitter Copy URL
Copied
The bishop says he got swabbed because he was scheduled to have a cataract removal operation on September 20. He is asymptomatic.

Alminaza told Rappler he got swabbed because he was scheduled to have a cataract removal operation on September 20, at 2 pm.

“This was canceled due to the positive result. Thank God, I am ok and asymptomatic so far,” he said.

Almario asked people who may have interacted with the bishop in the past few days “to observe home quarantine and cooperate with the authorities for proper health protocols.”

“We ask for everyone’s prayers for his fast healing as well as for other COVID-19 patients. Let us continue as well to pray for those in the frontlines who are constantly taking risks to care for us,” he added.

Alminaza was hospitalized with symptoms during his first infection but remained “stable” throughout his 14-day quarantine.

Two other priests of the diocese also tested positive for COVID-19 that time.

Towns and cities in the far north of Negros Occidental are struggling with a surge in COVID-19 cases. Negros Oriental has also reported increasing cases.

In Toboso town, 40 kilometers south of San Carlos, 11 of 40 COVID-19 patients  have died between September 5-19. Mayor Richard Jaojoco said all were unvaccinated individuals.