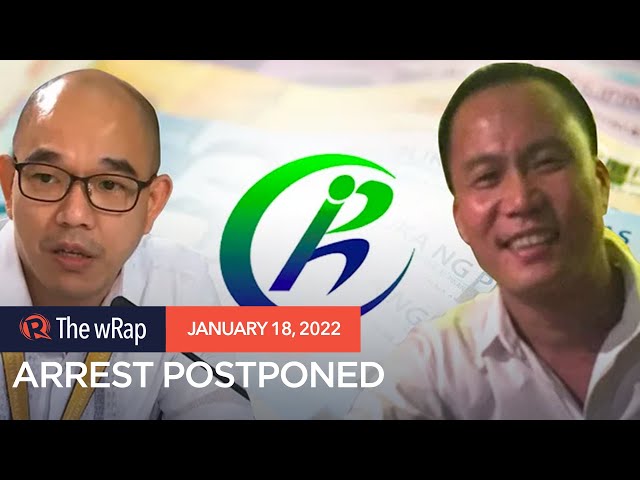 MANILA, Philippines – The unprecedented spike in coronavirus cases has forced the Senate to temporarily stop its search for Chinese businessman Michael Yang, ex-budget undersecretary Lloyd Christopher Lao, and other personalities linked to the Pharmally scandal who are supposed to be under arrest.

Senate President Vicente Sotto III confirmed this in a virtual press conference on Tuesday, January 18, saying many members of the Office of the Sergeant-at-Arms (OSAA) tasked to make the arrests have either tested positive for COVID-19 or were exposed to the virus. 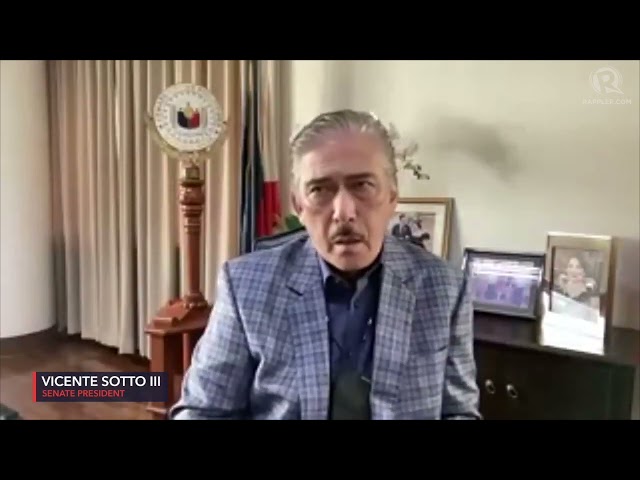 Sotto said Senate Sergeant-at-Arms Rene Samonte told him the OSAA would have “difficulty enforcing” the search and arrest operations because of the situation.

“It’s just a postponement…. Hindi natin puwede pilitin. Baka sila pa maging spreader eh,” Sotto said. (We can’t force it. They could end up being spreaders of the virus.)

The Senate is currently lockdown after at least 88 staff members tested positive for COVID-19, while several others are under quarantine. Senators Panfilo Lacson and Win Gatchalian were also infected, but have since recovered.

For months now, the Senate blue ribbon committee has been conducting an investigation into the anomalous pandemic deals that Pharmally Pharmaceutical Corporation bagged under President Rodrigo Duterte’s government.

The panel has ordered the arrest of multiple officials linked to Pharmally, among them Duterte’s former economic adviser Yang, the financier and guarantor of the controversial firm, and Lao, who had signed off on the Pharmally deals as head of the Procurement Service of the Department of Budget and Management (PS-DBM).

Senate blue ribbon panel chairman and Senator Richard Gordon also wants to arrest two Pharmally executives who have yet to show up in the hearings: Jayson Uson and Gerald Cruz. Both are connected to other firms owned or managed by Yang.

Yang, Lao, and seven other key figures in the Pharmally scandal are currently on the immigration watchlist.

Yang is now facing two arrest warrants from the Senate panel for initially failing to attend the hearings, then giving evasive answers to senators when he did show up.

Yang’s last known location was Davao City, home turf of Duterte and where the Darganis of Pharmally were arrested by Senate security before their getaway flight to Malaysia. Pharmally president Twinkle Dargani, Mohit’s sister, has since been released over “humanitarian reasons” after she tested positive for COVID-19.

As he continues to evade arrest, Yang has challenged the Senate orders before the Supreme Court.

Lao also faces arrest warrants due to his failure to properly cooperate in the Senate investigation, but he remains in hiding.

In November 2021, Lao had asked the chamber to reconsider its arrest order against him, but blue ribbon committee chairman Gordon eventually refused.

Prior to heading PS-DBM, Lao used to work under the Office of the Special Assistant to the President back when it was still headed by Duterte’s longtime aide-turned-Senator Christopher “Bong” Go.

Go, however, has denied Lao was his protege. Lao also campaigned for Duterte in the 2016 elections. – Rappler.com