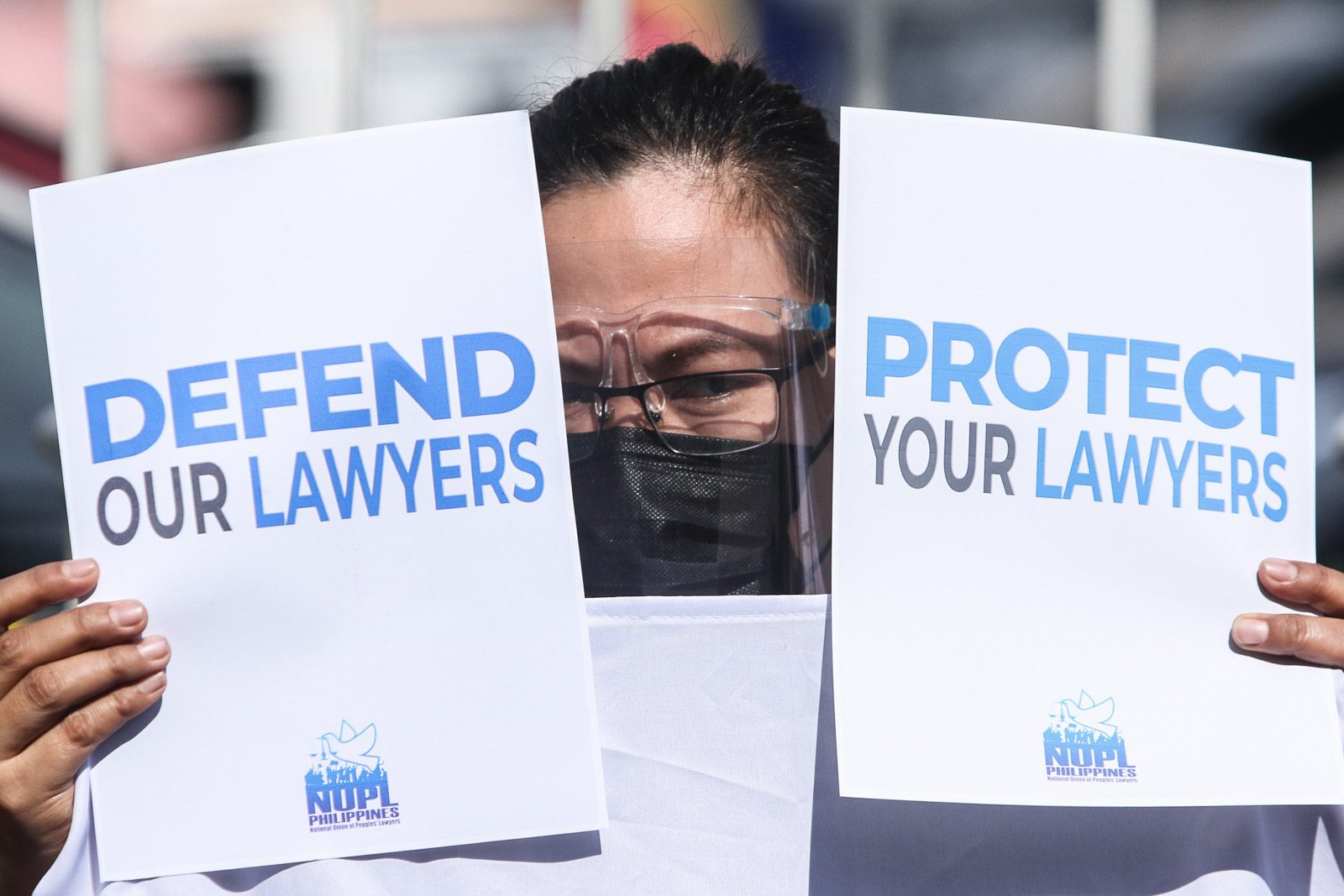 PROTEST. A member of lawyers group NUPL troop to the Supreme Court on December 22, 2020, to hand a letter to the high court expressing their concern over the attacks on lawyers and judges and its impact on the practice of their profession and independence.

Facebook Twitter Copy URL
Copied
'Let there be no doubt, the Supreme Court stands with them,' the Court assures members of the legal profession 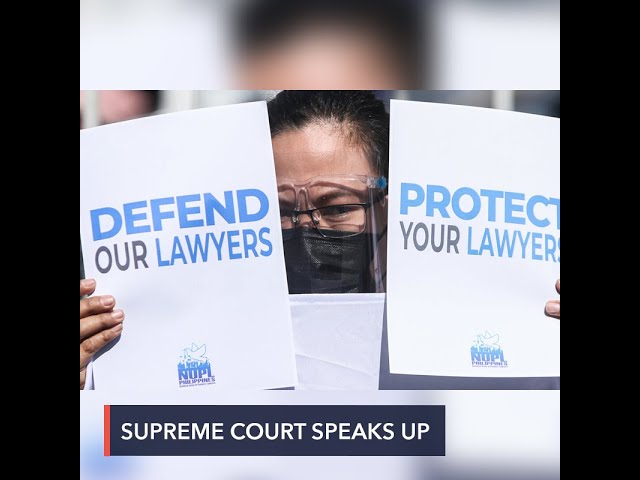 In a rare move, the Supreme Court en banc on Tuesday, March 23, issued a statement condemning the killings of lawyers, judges, and prosecutors, and vowed to look into institutional changes to better protect them.

The 15 justices agreed on making the unprecedented move of issuing a collective public statement amid mounting pressure from lawyers demanding decisive action from the Supreme Court.

“The Court condemns in the strongest sense every instance where a lawyer is threatened or killed, and where a judge is threatened and unfairly labeled,” the justices said in a statement read by Spokesperson Brian Keith Hosaka after their en banc session Tuesday afternoon.

“We recognize the bravery of all the judges and lawyers who show up to administer justice in the face of fear. Let there be no doubt, the Supreme Court stands with them,” the Court said.

“At no more fitting time than now should the Judiciary remain undaunted, with a clear vision of taking courage, enforcing the law, and upholding the supremacy of the Constitution,” it also said.

The Supreme Court has provided a clear timeline to assess what institutional change can be made. From that day, March 23, to the end of April, it asked courts and law enforcement agencies to furnish it with “relevant information to shed light on the number and context of each and every threat or killing of a lawyer or judge within the past 10 years.”

“We also urge the public – including public interest organizations, lawyers and judges’ groups – to provide us with vetted information on any incident of such threat or killing,” the Court said.

All this information will be submitted to the Court through its Public Information Office (PIO).

“In so doing, we can assess what revision or institutional change is necessary to effectively and efficiently further protect our basic rights,” said the Supreme Court.

“The Supreme Court calls upon the entire Judiciary and all members of the legal profession to remain strong, steadfast, and unwavering in the duties they swore an oath to fulfill,” it added.

Based on the last consolidated data, there have been 61 lawyers, judges, and prosecutors killed in the last 5 years of the Duterte administration. This is a disproportionate number because the same data would show only 49 lawyers, judges, and prosecutors were killed in a span of 44 years under the presidencies of Ferdinand Marcos to Benigno Aquino III.

The last time the Court en banc issued such a public statement was in 2018, when 13 justices had to clarify the parameters of then-Chief Justice Maria Lourdes Sereno’s “wellness leave” – a different kind of upheaval for the Court.

One of the concrete moves laid out in the Court’s statement on Tuesday is an automatic conversion of letters which contain specific incidents to petitions for, “but not limited to,” writs of amparo or habeas data.

There have been criticisms that these writs have become ineffective especially under President Rodrigo Duterte.

“Based on the information provided, the Court will then decide on the next courses of action, including the amendment of the relevant rules, or if necessary, the creation of new ones,” the Supreme Court said.

The Supreme Court will also coordinate with law enforcement to investigate the red-tagging of Mandaluyong Judge Monique Quisumbing-Ignacio, who was linked to communists after she freed two activists.

“We do not and will not tolerate such acts that only perverse justice, defeat the rule of law, undermine the most basic of constitutional principles, and speculate on the worth of human lives,” said the Court.

“Finally, the Court has spoken. It is generally both comforting and reassuring to the legal community even as it took some precious time to happen and at great cost,” said Edre Olalia, president of the National Union of Peoples’ Lawyers (NUPL).

The attack on NUPL’s Angelo Karlo Guillen moved many lawyers to join the calls and demand the Supreme Court for decisive action.

After nearly a month of mounted and coordinated events pressuring the Court to do something, the justices agreed en banc to speak.

“The Bench and the Bar, as well as the public, can rest assured that we will continue to unflinchingly comply with our constitutional duty to act decisively when it is clear that injustices are done,” said the Court.

The judiciary has been under scrutiny for being allegedly complicit to injustices, pronounced in the arrests and killings of activists through search warrants, and the death of an infant because of the passivity of courts.

The justices said they always operate “within institutional restraints.”

“But it is far from resigned to spectate as clear breaches of constitutional rights are carried out beyond its halls. We remain conscious of our role to ensure that the rule of law is resilient and effective in a just, fair, and timely manner,” said the Court. 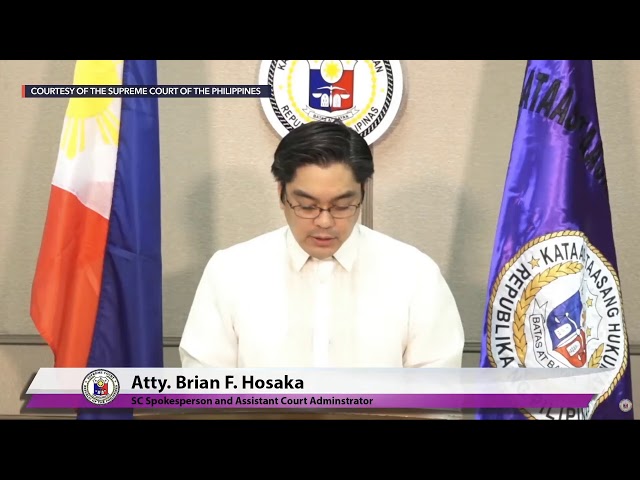