Who is Gerald Bantag, among the accused in the murder of Percy Lapid? 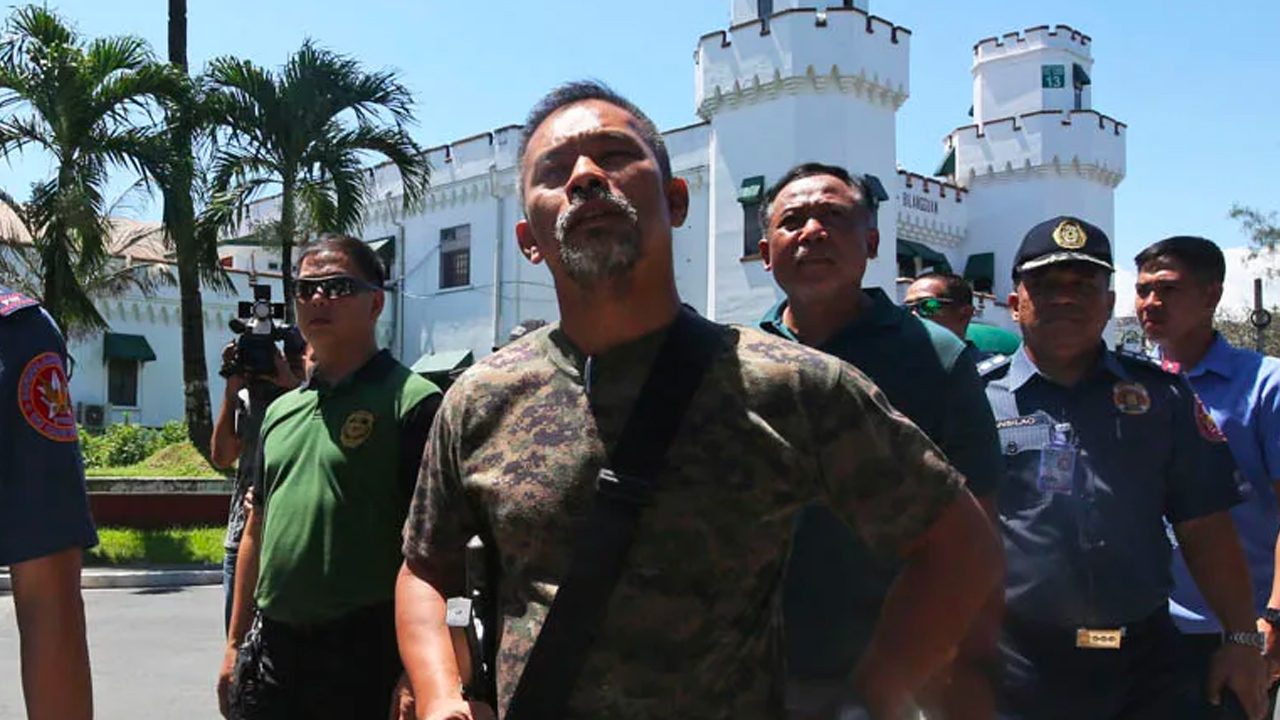 In a press conference on Monday, November 7, authorities said that investigations have concluded that there was motivation for Bantag to order the killing of Mabasa, who had been the subject of Mabasa’s hard-hitting show, “Lapid Fire.” (READ: Bantag, others face murder complaints for deaths of Percy Lapid and middleman)

Department of Justice Secretary Jesus Crispin “Boying” Remulla said that the “totality of facts” tied Bantag to the killings, and affidavits from respondents are what led to the conclusion that he, along with Operations Superintendent Ricardo Zulueta, were connected to the killings. (READ: ‘Gunman’ says a certain Bantag ordered them to kill Percy Lapid)

Asked about Bantag’s whereabouts, officials during the press conference said that an arrest warrant has yet to be issued against him and that pending its release, he is free to roam around. Referring to Bantag, Remulla said it is difficult “to fall from grace” especially if you’re coming “from a high perch.” Remulla gave assurances that “persecution is not the name of the game” although Bantag is probably the “highest official to be charged with a case of this gravity.”

A part of the Philippine National Police Academy Kaagapay class of 1996, Bantag served as the warden for the city jails of Valenzuela, Navotas, Malabon, Manila, and Parañaque. Prior to his appointment as BuCor chief in 2019, he was regional director of the Bureau of Jail Management and Penology for the Mimaropa region.

Even before the Lapid case, trouble seemed to follow Bantag, as he has had multiple cases over the course of his stints as warden for different city jails.

According to a story on philstar.com, Bantag was charged in August 2007 for the attempted murder of a teenager in Caloocan City. He denied involvement and was willing to submit his firearm for inspection and undergo a polygraph test.

The Malabon City prosecutor’s office charged Bantag in January 2014 for estafa and the illegal discharge of his firearm. He was accused of not paying his bill after drinking in a restaurant in the city and then firing at the restaurant’s wall, according to a Philstar report.

During his time as the Parañaque City jail warden in August 2016, a grenade explosion killed 10 “high-profile” inmates. He was accused of planning the explosion to kill the inmates but was acquitted in January 2020 due to lack of evidence.

He was then moved to the Manila City Jail in October 2016, which met stiff resistance from the inmates. A noise barrage was staged by the inmates over the decision to segregate those with illegal drug-related cases. At least 35 inmates were wounded during the barrage.

Bantag was appointed BuCor chief by then-president Rodrigo Duterte in September 2019, after firing Nicanor Faeldon, who was told to resign. This came after the discovery of Faeldon’s role in the planned release of rape-slay convict Antonio Sanchez, along with other prison inmates, under the Good Conduct Time Allowance law.

As BuCor chief, Bantag led the efforts to demolish the shanties built inside the New Bilibid Prison (NBP), which was used to decongest the extremely overcrowded prison.

He was also declared persona non grata by the City of Muntinlupa in November 2021 over the illegal erection of walls around the NBP, as well as the destruction and eviction of informal settlers in the compound.

Bantag was put under preventive suspension by President Ferdinand Marcos Jr. to ensure an impartial probe into the killings. He was temporarily replaced by Aquino-era military chief Gregorio Catapang Jr.

After he was suspended, Bantag aired his sentiments during an interview with broadcaster Anthony Taberna, pinning the blame on the Marcos administration for fumbling the investigations over the killings. (READ: After relief from post, Bantag criticizes Marcos administration)

He declared in Filipino in the same interview that he would not allow himself to be jailed. “Just kill me because I know what will happen to me inside the jail. I am not like other senators, big-time personalities who could be protected. And if they say I am their target? This government and I should just kill each other.”

Bantag’s movements are currently being monitored by the NBI. – Rappler.com