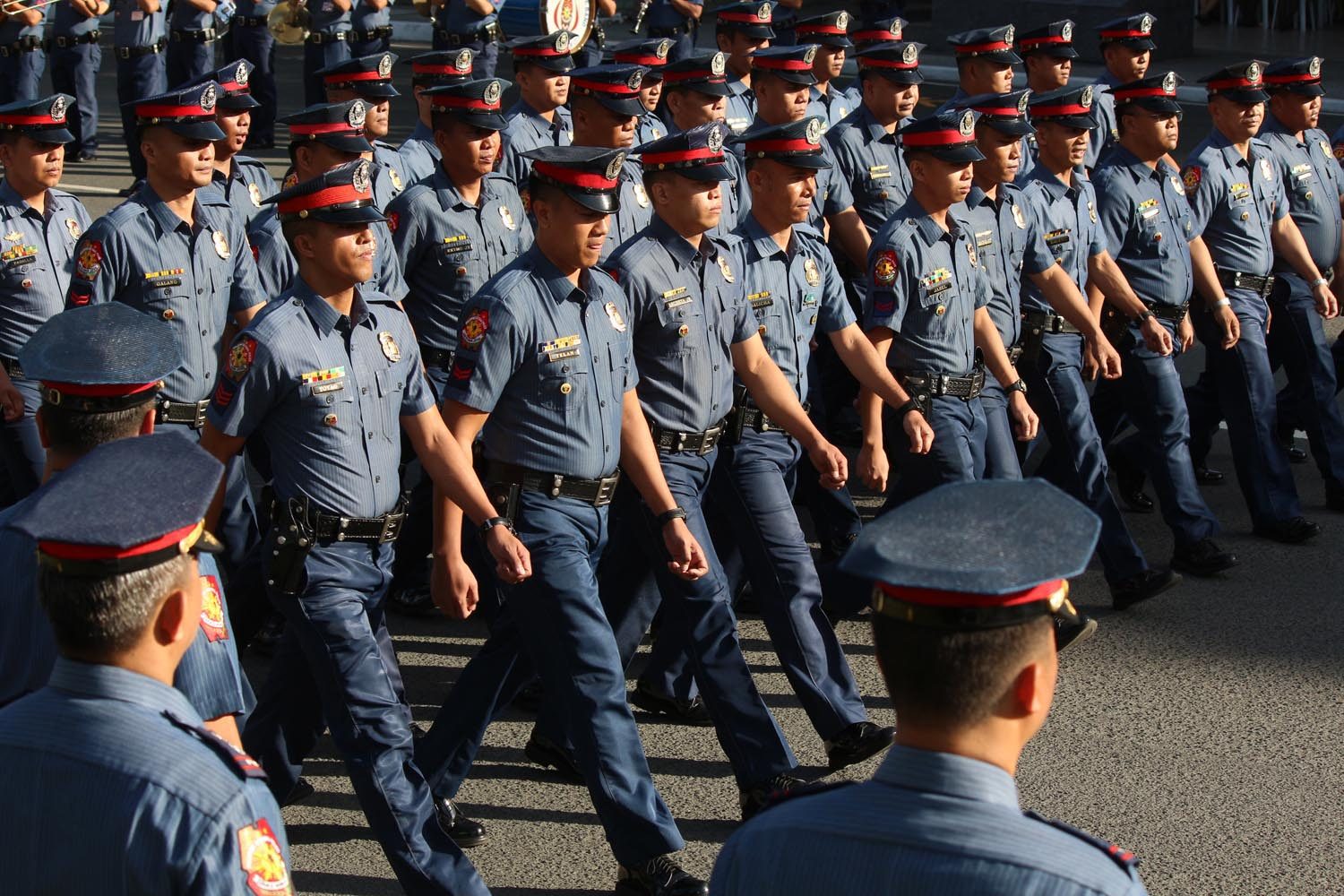 Facebook Twitter Copy URL
Copied
Proponents say uniformed personnel are always at risk of facing charges, but one lawmaker cautions against branding them as helpless

MANILA, Philippines – Numerous lawmakers are pushing for legislation that would provide free legal assistance to men and women in uniform who are facing charges before courts, prosecutor’s offices, and other bodies.

The House committees on justice, national defense and security, and public order and safety held a joint meeting on Wednesday, November 16, to tackle at least 10 proposals that have yet to be consolidated.

What’s inside the proposed bills

The bills vary, but the common denominator is providing free legal aid to officers or enlisted personnel of the Armed Forces of the Philippines (AFP) and the Philippine National Police (PNP) who are undergoing criminal, civil, or administrative proceedings in connection with service-related incidents.

Some proposals, however, seek to include uniformed personnel from the Bureau of Fire Protection (BFP), Bureau of Jail Management and Penology (BJMP), and the Philippine Coast Guard (PCG), similar to what was approved by the justice committee in the 18th Congress.

Many of the bills stipulate that legal offices of the respective agencies should assist their embattled officers within 24 hours from the official receipt of the information that the personnel is charged with.

Lawmakers point out that some men in uniform cannot afford the cost of legal services.

“By providing free legal assistance to defend their innocence and protect their lives, our men in uniform will be able to perform their duties more effectively without fear of unwarranted arrest being filed against them for the purpose of harassment or reprisal,” said Tingog Representative Jude Acidre, author of one of the bills (House Bill No. 8).

“I am a former policeman. In the past, I faced a case that reached the Supreme Court. I was already a congressman when I was acquitted. But it took a toll on our family’s finances because I was the one who paid for a first-class lawyer,” added House public order panel vice chairman Romeo Acop of Antipolo’s 2nd District.

House Deputy Minority Leader France Castro of ACT Teachers, however, cast doubts on the picture painted by some lawmakers that uniformed personnel are always helpless.

“Military personnel being harassed is not the normal situation. In fact, civilians are the ones afraid to file a case [against uniformed personnel],” she said.

How are discussions progressing

How will this not be abused?

Government agencies in the security cluster are fully supportive of the proposal, as they say that current laws do not allow their legal offices to represent their personnel in criminal proceedings.

But proponents of the measure also received recommendations clarifying what constituted “service-related” incidents.

“There’s a strong possibility this might be abused. We would like to…propose that there should be a supplementary safeguard mechanism as to the aforementioned provision to ensure that only service-related incidents will be catered,” said Darlene Dy, a lawyer for the PCG’s legal service.

“It is possible that although the commission of the offense against the PNP personnel was during the performance of his official duty, it is not service-related,” Cavite 4th District Representative Elpidio Barzaga Jr. added.

Is there a budget?

The proposed measures say funds necessary to implement the legislation must be included in the government’s annual national budget, charged either against the appropriation of agencies involved, or from the Legal Defense Fund.

Castro cautioned against allocating public funds that might be used to help the accused uniformed men and women.

She was worried that the money will also be used to defend uniformed personnel implicated in human rights cases.

“This is [a] public fund [so it’s concerning] if there are many cases that need to be attended to and if we need massive budget for it,” Castro said.

Is the salary of lawyers enough?

If the committees adopt HB 8, the heads of AFP, BFP, BJMP, PCG and PNP will be tasked to revise staffing patterns of their legal offices, in requests that they shall make to the DBM.

Barzaga, however, noted that even if positions will be made available, lawyers might be turned off by the meager salary.

According to national defense panel chairman and Representative Raul Tupas of Iloilo’s 5th District, the entry salary of lawyers for AFP and PNP is around P56,000.

In PNP, there are around 49 lawyer posts that have yet to be filled, said PNP deputy director Matthew Baccay.

“The lawyer would say he can earn that salary through notarizations in two weeks,” Barzaga said. “The lawyer will be defending a policeman who shot or killed someone, so it’s not easy on the part of the lawyer to defend him, considering those involved.”

What’s the status of proposals

The joint committees moved to consolidate and approve the similar House bills on the matter on Wednesday. – Rappler.com