DAMAGED. Damage to infrastructure and utilities in the aftermath of Typhoon Odette in Cebu City on December 18, 2021.

Facebook Twitter Copy URL
Copied
In the days following the typhoon in Cebu City, we saw mostly Cebuanos themselves, not the local government nor politicians, working to clean up and restore order in the city

CEBU CITY, Philippines – On December 17, 2021, the morning after Typhoon Odette devastated the Queen City of Cebu, everything was a blur.

I had barely slept the night before as intense winds shook the four-story apartment building where I live. Then a transformer exploded, and everything went dark. Chaos rang from outside, but it was difficult to see anything. 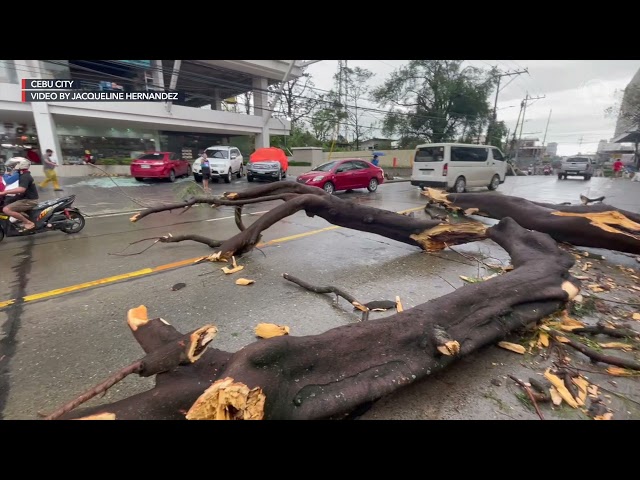 Within minutes, my phone signal dropped. And then there was silence.

I’m no stranger to typhoons and tropical storms. Which is why it is safe to say that Odette was no ordinary storm.

At around 10 am, our correspondent John Sitchon, who lives in a nearby village, arrived on his motorcycle. In no time, we decided to go out and see the city for ourselves.

The Queen City was in ruins. 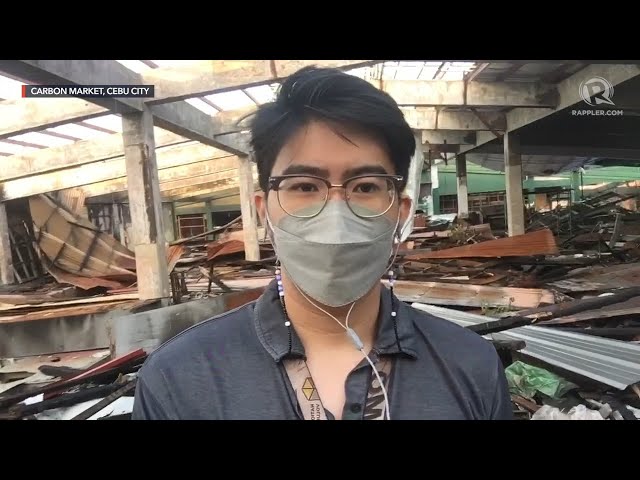 With no GPS available, it was difficult to tell what awaited us at the next turn. A felled electrical pole? A smashed fast-food sign? Debris from dilapidated houses? 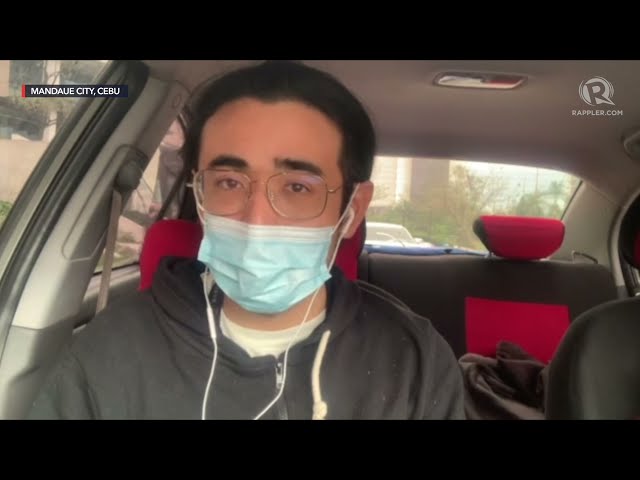 There were no authorities in sight. No one manning the chaos at the intersections.

The general mood, however, was hardly lawless. There was no looting. Cebuanos waited for their turns in line at the convenience stores, supermarkets, gas stations once they opened. They waited for their water rations.

There was no violence, only uncertainty – and fear.

Every convenience store, restaurant and supermarket was closed that morning.

The first post-typhoon meal we could find was canned tuna, Skyflakes, and biscuits from a nearby 7-11 that dared to open after the storm.

While news of the Category 4 typhoon was available the day prior to landfall, no major broadcaster explained the gravity of the situation. We can thank the President and his Congress for not renewing the franchise of ABS-CBN.

Some residents prepared enough for the day. Or maybe two.

Most young Cebuanos are not old enough to remember the last time Cebu was hit by storms of this magnitude.

According to residents, the last time Cebu was hit by storms this fierce was in 1984 (Typhoon Nitang) and 1990 (Typhoon Ruping).

Former Cebu City Mayor Tommy Osmeña would often mention that it was Ruping’s destructive force that taught him that Cebu could not – and should not – rely on the national government to survive or progress after the devastation.

According to Osmeña’s recollection, the national government, headed by then-president Corazon Aquino, only gave Cebu P1 million in aid at the time.

This is the history of the much-celebrated Cebuano “resiliency.” It is a resiliency rooted in distrust of a central government – a government that continues to fail to do its duty to provide for its people outside the favored National Capital Region.

Based on what residents of Cebu told us in the aftermath of Odette, not much has changed.

“Wa na ko kahibawo naunsa akong pamilya.” (I have no idea what happened to my family.) 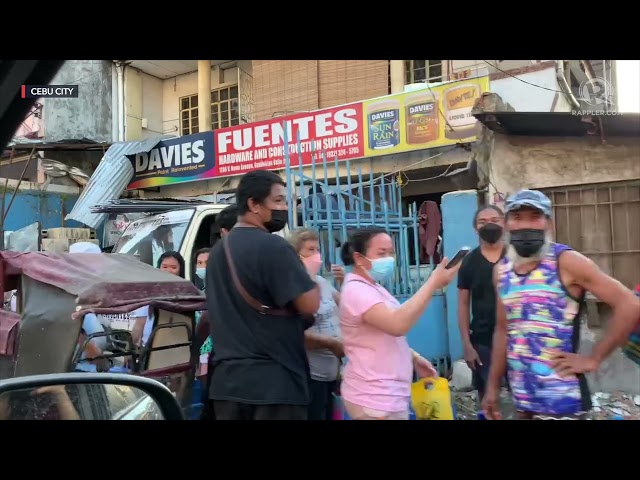 It did not take long for Cebuanos to realize that the only ones they could rely on were each other.

Those who had water to spare offered it to those who didn’t have any. Those who had generators offered a place for other people to charge their gadgets. People shared with each other information on where to find the best LTE signal in the city. They shared information as to stations with gas, and went out of their way to bring other needs to those who had the hardest time accessing them.

It was in the worst of times that we saw the best of humanity. 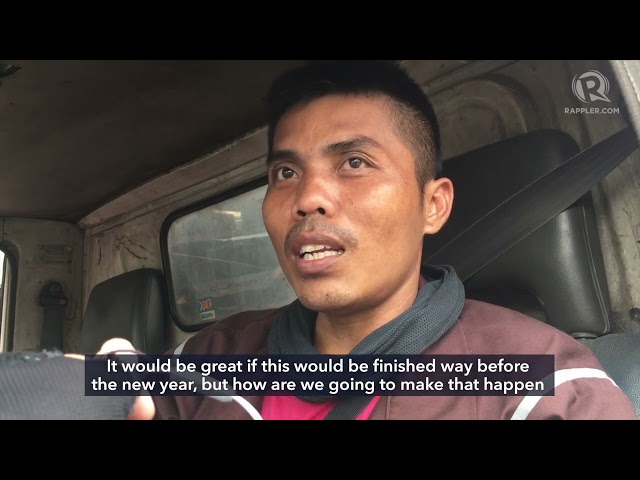 But our observations were limited to the metropolitan areas of Cebu. We were only beginning to understand the extent of the damage and human suffering caused by the typhoon in the rest of the province and region.

Our correspondent Lorraine Ecarma was the first to assess the damage in the rural areas of the province’s southern towns, closer to where Odette made landfall in Carcar City.

On a normal day, she’d be able to get to the provincial capitol building, where Governor Gwen Garcia holds office, by motorcycle. It would only take a few minutes.

Because of the devastation in the mountain barangay where she lives, she had to walk.

“What was usually a five-minute motorcycle ride from my house turned to an hour of walking. Getting past fallen tree after fallen tree and trying to dodge electric posts ate up most of my travel time,” Lorraine said. 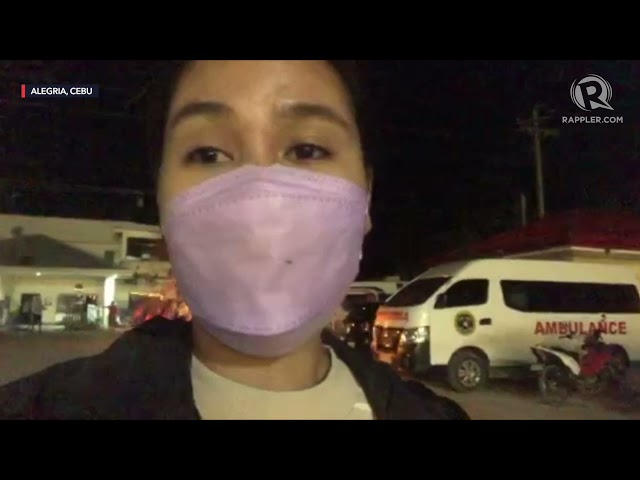 Among the three of us on the Cebu team, she saw the Cebuanos who suffered the most.

“It was hard to tell one town apart from the other because the scenes all looked the same: blown over houses, muddied schools, trees and lamp posts like collapsed bodies on the sides of the roads,” Lorraine said. “Several times, when we’d open the media van windows, desperate residents would yell for aid. We boarded one of the capitol’s vans. They must have thought we were government workers.”

Edgar Recuperacion, whom our correspondent interviewed, said he would be living on leftovers because he was not expecting the typhoon to be as intense as it was.

She also talked to a mayor of a small southern town, cut off from the rest of the province, who was afraid that if more aid did not reach his place soon, they would not survive.

It took four days for aid to reach that town.

Life slowed down in the days following Odette. Simple errands that used to take minutes like getting gas, buying groceries, or withdrawing cash now takes hours for many.

Sending a message on apps or making a phone call is still impossible for Cebuanos who live in areas that have yet to have their power or cell signal restored.

It’s been more than a week and we still do not have the full picture of just how much destruction Odette caused in the region.

As of Monday, December 27, the death toll in Cebu has reached 96. Not all towns have been able to report their casualty counts. The number of dead will continue to rise together with those who are still missing.

Some residents in neighboring provinces like Negros Oriental say they can already smell death.

While things are beginning to improve in parts of the city, this story is far from over. Thousands of others in harder-hit areas have yet to recover.

And there are still many questions that need answers.

Why were we not prepared? Why is aid taking so long? Just how many people were hurt? These are the questions we must ask.

But one thing is clear: While the Queen City and the island province are battered, they are not broken.

Cebuanos are used to helping themselves. History has proven time and again that Cebuanos can – and will – overcome, with or without the help of a functioning authority. – with reports from John Sitchon and Lorraine Ecarma/Rappler.com