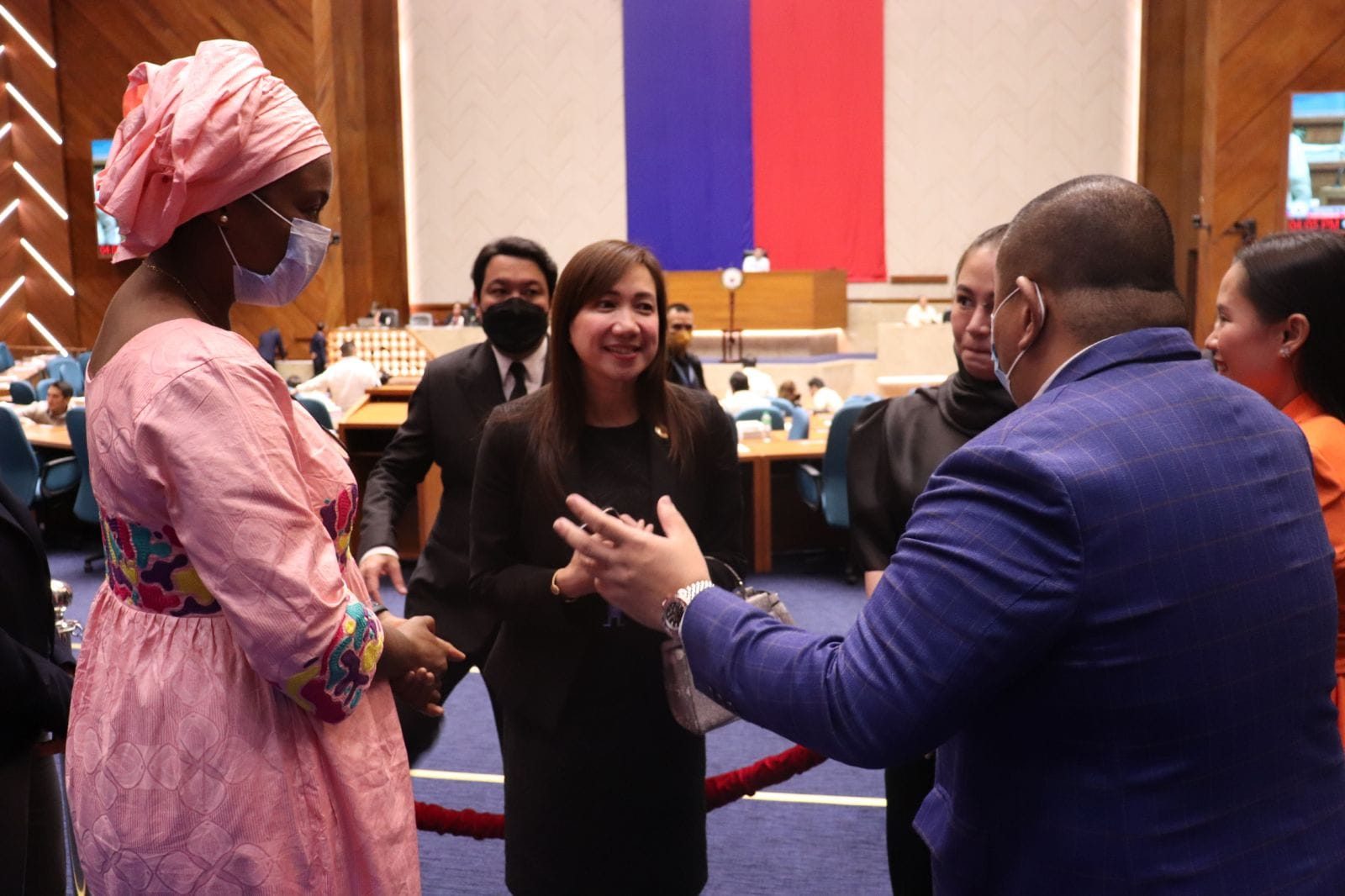 MANILA, Philippines – The United Nations’ Special Rapporteur on the sale and sexual exploitation of children Mama Fatima Singhateh arrived Sunday, November 27, in the Philippines for her first official visit, according to a press release from the Council for the Welfare of Children (CWC).

Singhateh is the first UN special rapporteur on an official visit to the Philippines since 2015, during the administration of former President Benigno Aquino III.

Agnes Callamard, who was the UN Special Rapporteur on extrajudicial, summary, or arbitrary executions, previously visited the Philippines in May 2017, but on an “academic visit” and not on her official function for the United Nations.

Former President Rodrigo Duterte previously threatened to slap Callamard in the face should she pursue a visit to the Philippines to probe his bloody drug war campaign.

On Monday, November 28, Singhateh met with the House of Representatives to discuss child trafficking and sex abuse in the Philippines.

The UN rapporteur also met with officials from the Department of Social Welfare and Development (DSWD). The DSWD has yet to reply to Rappler’s query on Tuesday, November 29, on what was discussed during their meeting with Singhateh.

Singhateh is the former justice minister of Gambia.

During her visit, Singhateh will hold cluster conferences with local governments, civil society organizations, child shelters, legislative and judicial branches, and UN staff in the Philippines to discuss trafficking prevention, protection of children, and justice and rehabilitation of child victims of sale and sexual exploitation.

She will visit Valenzuela City, Angeles City, Cebu City, Bohol and Cotabato City, and hold a press conference on Thursday, December 8, to discuss the preliminary findings of her trip.

A more comprehensive report on her Philippine visit will be shared to the UN Human Rights Council in March 2024. – Rappler.com