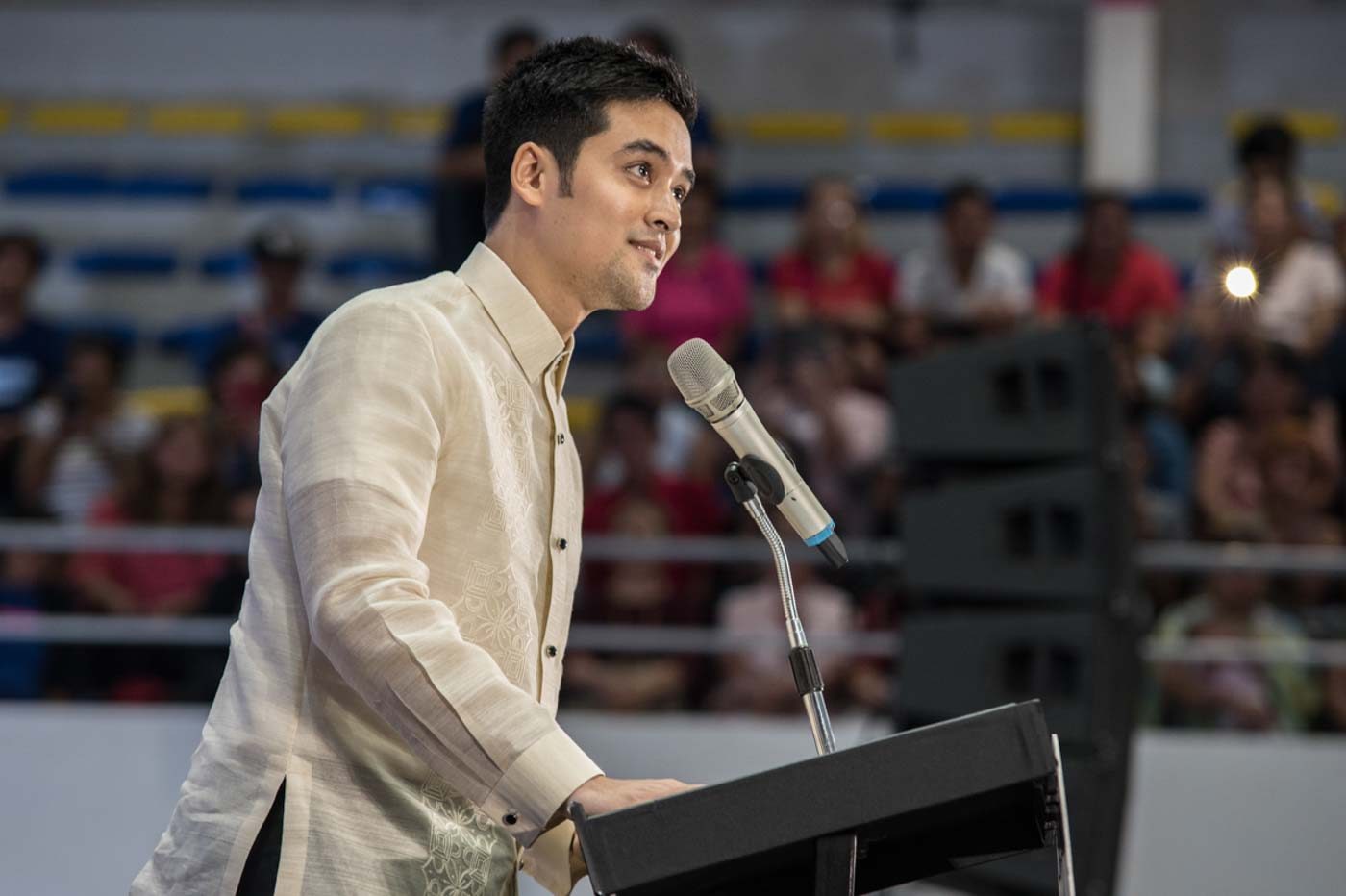 New Pasig City Mayor Vico Sotto takes his oath of office at the Pasig City Sports Center on Sunday, June 30, in the presence of his celebrity parents Vic Sotto and Coney Reyes. Photo by Rob Reyes/Rappler

Sotto confirmed this after ABS-CBN reported on details of his resignation letter, where he said he resigned as he no longer shared “similar political goals and ideals” with the group.

“I joined Aksyon Demokratiko in 2018, in search of a reform-oriented political party that stood for principled politics and inclusive governance. I became Mayor in 2019, proudly under the banner of Aksyon Demokratiko,” Sotto said in his resignation letter dated June 30.

“Unfortunately, recent events have made it apparent that the party is now headed towards a different direction,” he said. Sotto did not specify the events, but that Aksyon was “no longer a group of individuals with similar political goals and ideals.”

“For this reason, I have decided to resign as a member of Aksyon Demokratiko, effective immediately,” Sotto said.

Sotto said he decided to delay his resignation until after the 2022 elections due to his “highest respect for the party’s leadership and members.”

Aksyon Demokratiko chairman Ernest Ramel Jr. confirmed the resignation to Rappler on Wednesday, saying the party received the resignation letter in late July. Ramel said the party was “saddened” by Sotto’s decision to step down as party executive vice president and member.

“He is one of the inspirations of the party to be better and we were hoping that he will be the future of Aksyon Demokratiko,” said Ramel.

However, Ramel said that the party was “not lacking in talent” with its “strong, young future leaders” who were elected in the May elections.

“Aksyon is not closing its doors to Mayor Vico Sotto should he decide to return to his home party. We wish him the best of luck and hope that he will continue to be an inspiration to aspiring young leaders out there,” Ramel added.

Sotto ran under the Aksyon Demokratiko banner when he won his first mayoralty term in 2019, beating then incumbent Robert Eusebio, whose family dominated Pasig politics for nearly three decades.

Sotto was still the Aksyon Demokratiko bet when he was reelected in 2022.

Sotto did not endorse any presidential candidate. He is the nephew of former Senate president Vicente Sotto III, who ran for vice president as the running mate of one of Domagoso’s rivals, former senator Panfilo “Ping” Lacson. – Rappler.com