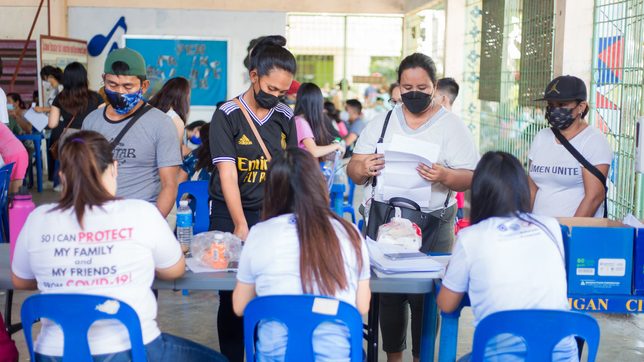 Vigan City, acclaimed among the Seven Wonder Cities of the World, is a few thousand jabs away from reaching the 70% threshold for herd immunity set by the Department of Health (DOH).

With the city’s daily average vaccination of 1,300 individuals, City Health Office (CHO) head Dr. Loida Ranches was confident that the city could breach the 70% mark within November. “By next week, we can achieve the 70% fully vaccinated (target) population,” she said Thursday, November 18.

The CHO also recorded 5,946 individuals ages 12-17 years old have received their first dose since the October 29 pediatric vaccination rollout. The figure exceeded the 4,925 eligible individuals in the said age group set by DOH.

The city government purchased 120,000 doses of AstraZeneca vaccines, but only 20,000 doses of these have arrived. However, this was still enough to inoculate its 18-years-old and above population. Ranches said they also considered individuals who may not be permanent residents but stay in the city for their work.

“This is one of the reasons why we quickly achieved what we have right now.  We did not wait long for the vaccine supplies, so while the others were waiting for the supplies, the vaccines purchased by the city arrived,” she said in mix English and Tagalog.

Aside from purchasing vaccines, the CHO chief said the city also invested in personnel.

“We told the [city officials] that our present [staff] is not enough to cater to every need of the residents. Aside from administering the vaccine, we also have to respond to other needs and the regular health programs of the city,” she said.

Ranches shared that even when the city experienced a steep rise of COVID-19 cases, forcing it to impose strict lockdown, all the services continued. She said that the city assigned a separate staff for the vaccination program, another group for COVID-19 cases, and a team to continue the city’s regular health programs.

“In the vaccination, we planned and submitted it to DOH. We also filled up all the needed [personnel], hired additional doctors to do the screening, and employed additional nurses. So, I think planning was the key to why we quickly reached the vaccination threshold,” the doctor added.

The city also ensured a public communications arm for the COVID-19 response, including a social media team. “We kept them informed [of the vaccination program],” Ranches said.