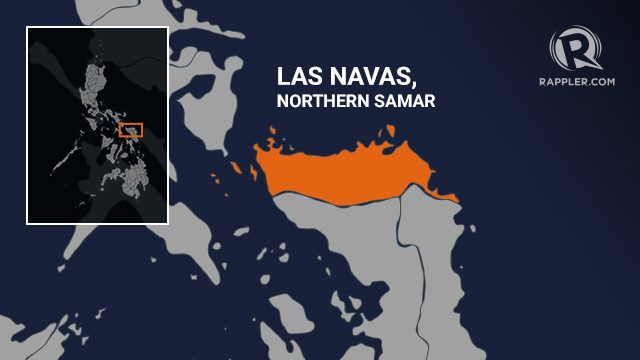 The military statement said the wounded troops were securing the implementation of the water system project in the said barangay when the attack occurred.

Army Major General Benedict Arevalo, the Acting Commander of VISCOM, condemned the attack as a sign of the NPA’s “willful neglect [of] the safety of the community and the people who might be affected by the blast of these prohibited devices.”

“Our response to this incident will be swift and resolute. Rest assured that the perpetrators will be brought to justice,” Arevalo said.

The Visayas Command said Barangay Quirino is one of the seven barangays in Las Navas, Northern Samar, that had received development projects, including the Level II Water System Project, under the Barangay Development Program of the National Task Force to End Local Communist Armed Conflict (NTF-ELCAC).

These projects are often given to local government units that claim to have met the military’s call of “clearing” villages of communist influence.

A rebel attack on a village in Jipapad, Eastern Samar, that had declared guerrillas as persona non grata killed two soldiers and injured a child in October 2022 and led to a military probe.

Communist rebel spokespersons have previously said the use of a command-detonated device is not a violation of international humanitarian law.

But similar rebel attacks have injured or killed civilians, like union leader Nolven Absalon and his cousin Kieth, former UAAP football juniors most valuable player, who died in Masbate in June 2021.

United Nations human rights chief Michelle Bachelet on November 29 expressed concern about “the widespread use of improvised explosive devices that function as anti-personnel landmines,” and cited the NPA among the groups using these.

Under the Ottawa Convention or Mine Ban Treaty, the production, stockpile, transport, and use of anti-personnel mines is prohibited. – Rappler.com