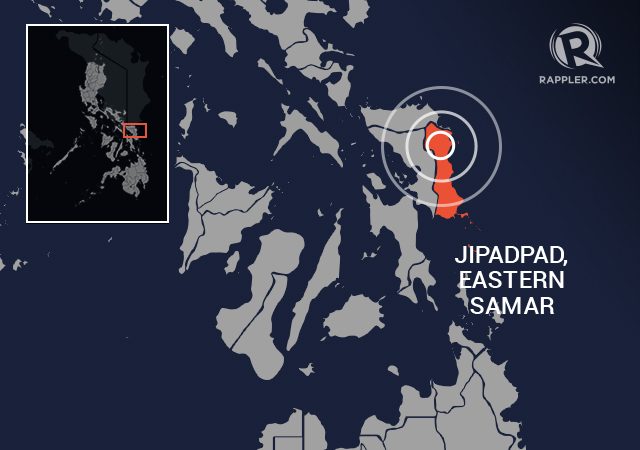 Colonel Perfecto Peñaredondo, commander of the 803rd Infantry Brigade said rebels swooped in around 1:30 am.

All the soldiers were from the 52nd Infantry Battalion of the Army’s 8th Infantry Division (ID).

Peñaredondo said their families have been informed of their deaths.

Responding troops have retrieved the bodies of the slain soldiers and taken the injured to hospitals.

“The CPP-NPA attacked at the holiest hour of the night when locals are already in bed,” said Peñaredondo.

He said the targeting of civilians is a violation of the International Humanitarian Law and Republic Act 9851 of 2009, which defines and penalizes crimes against international humanitarian law.

“This act is totally irresponsible, we are working for peace and development in the province and region,” the governor said in a taped video.

“I just came from the nearby municipality of Maslog to deliver government services. This action will not deter us from pursuing our commitment to bring peace and development to our people,” Evardone said.

Peñaredondo said rebels launched the attack “out of desperation,” and to strike fear into civilians during a time of festivity.

The main task of RGU is to safeguard rebel leaders and carry out major attacks.

The 8ID and the Joint Task Force Storm on Samar island scored a major victory against the Communist Party of the Philippines (CPP) on August 22, when a boat carrying suspected top rebels exploded, killing eight of them.

Before that big strike, troops also killed or captured several high-ranking officers of the CPP’s EVRPC. 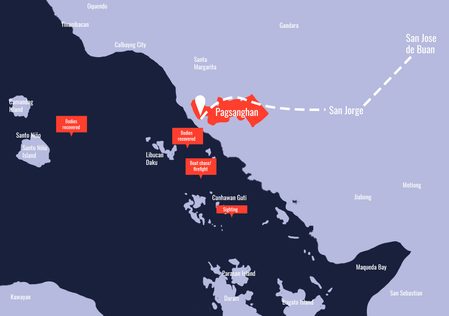 “We will give our slain heroes the highest honors,” said the officer, who pledged that troops would not abandon Eastern Samar residents. – Rappler.com