Why dam operators should be held accountable for Cagayan, Isabela floods FLOODS. The Philippine Coast Guard (PCG) continues rescue operations in Isabela and Cagayan after floodwaters submerged residential areas following the onslaught of Typhoon Ulysses and the tail-end of a cold front.

The widespread flooding in Cagayan that gripped the nation this weekend is partly being blamed on the massive release of water from Magat Dam.

By late night on Friday, horrific images and sounds of residents pleading for rescue in Cagayan surfaced on the internet, with Filipinos online scrambling for information. At least 9 were confirmed dead in Cagayan as of Saturday, November 14. 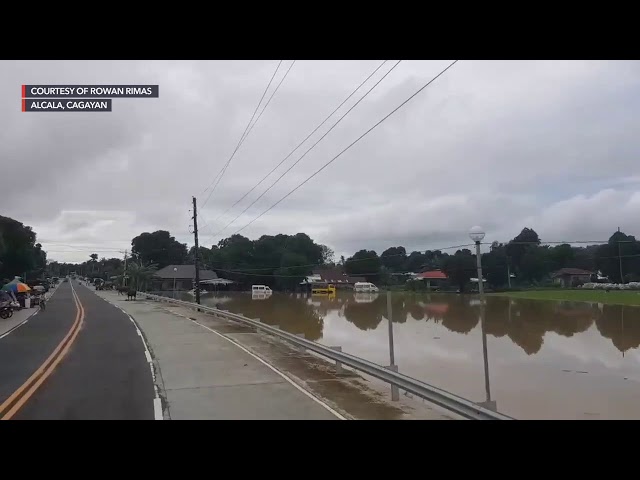 According to think tank Infrawatch PH, dams including Magat “rushed to open gates only at the height of Ulysses.”

“Magat did not make sufficient water drawdown 2 to 3 days prior to Ulysses, as mandated by its protocol, because its gates were not even open 3 to 4 days prior to landfall,” said Infrawatch PH convenor Terry Ridon in a statement Saturday.

In its own statement on Sunday, November 15, however, the National Irrigation Administration-Magat River Integrated Irrigation System (NIA-MARIIS) said it “advised residents of the provinces of Isabela and Cagayan in Region II of its water release from the Magat Reservoir to maintain safe water level of the Magat Dam on Monday, November 9, 2020, two days before Typhoon Ulysses (Vamco) made its first landfall in Patnanungan, Quezon, at 10:30 pm of November 11, 2020.”

The NIA acknowledged it must do a pre-release of water before the typhoon hit, and said “during this period, two gates opened, or an equivalent of 4 meters were opened, to reduce water containment at the Magat Reservoir.”

According to the Magat Dam protocol, there should be a drawdown 2-3 days before the expected landfall.

UP Resilience Institute executive director Mahar Lagmay said there is a way to anticipate rainfall in order to make pre-releases before landfall.

“They had 3 days in advance [to pre-release water], the forecast was made at least 3 days in advance. If you did not contain the release within 1-2 days only but rather within 5 days, then the rivers will be able to handle it better,” Lagmay said in a mix of English and Filipino in an interview with Rappler on Friday.

The panic on Friday night was partly due to a dearth of information coming from inside Cagayan, which national media had not physically reached at that time. The steady stream of updates came from the Twitter feed of Vice President Leni Robredo, who herself was also only getting updates from Manila.

Former Philippine Information Agency (PIA) chief Jose Fabia recalled that in 2011, during the Aquino administration, dams gradually released water and informed the public ahead of time.

“The Philippine Information Agency and other media outlets will be informed of the time of release. This valuable information is disseminated by text and broadcast to inform the public and the local government officials. The local officials will then conduct preemptive evacuation in the areas affected,” Fabia said.

“In my tour of duty at the PIA, we saved a lot of lives through the timely dissemination of information and close coordination with dam management and local government officials,” said Fabia.

Cagayan Governor Manuel Mamba told DZBB on Saturday that his constituents want to sue Magat Dam not just for Ulysses but for the previous floods they had experienced.

(Sometimes the people in Cagayan, they want to bring a lawsuit against Magat Dam for damages because we don’t see any benefits yet we suffer the flooding woes from the Magat Dam every year.)

Ridon said Ondoy 11 years ago should have taught dam operators to do programmatic discharges ahead of time.

Ridon said the heads of the operators such as National Irrigation Administration (NIA) and National Power Corporation (Napocor) “should be made accountable for this unacceptable criminal oversight.”

“Did they not authorize an aggressive but programmatic dam discharge in preparation for heavy rainfall during this time? If they did not, then the deaths and economic damage in all these communities rest solely on their shoulders,” said Ridon.

“We demand answers from the highest levels of government,” Ridon added.

Infrawatch PH said even other dams like Ipo, Angat, and Caliraya only opened gates at the height of the typhoon and not beforehand.

“Tell us again, Mr President: how is this not criminal incompetence?” Ridon said. – Rappler.com