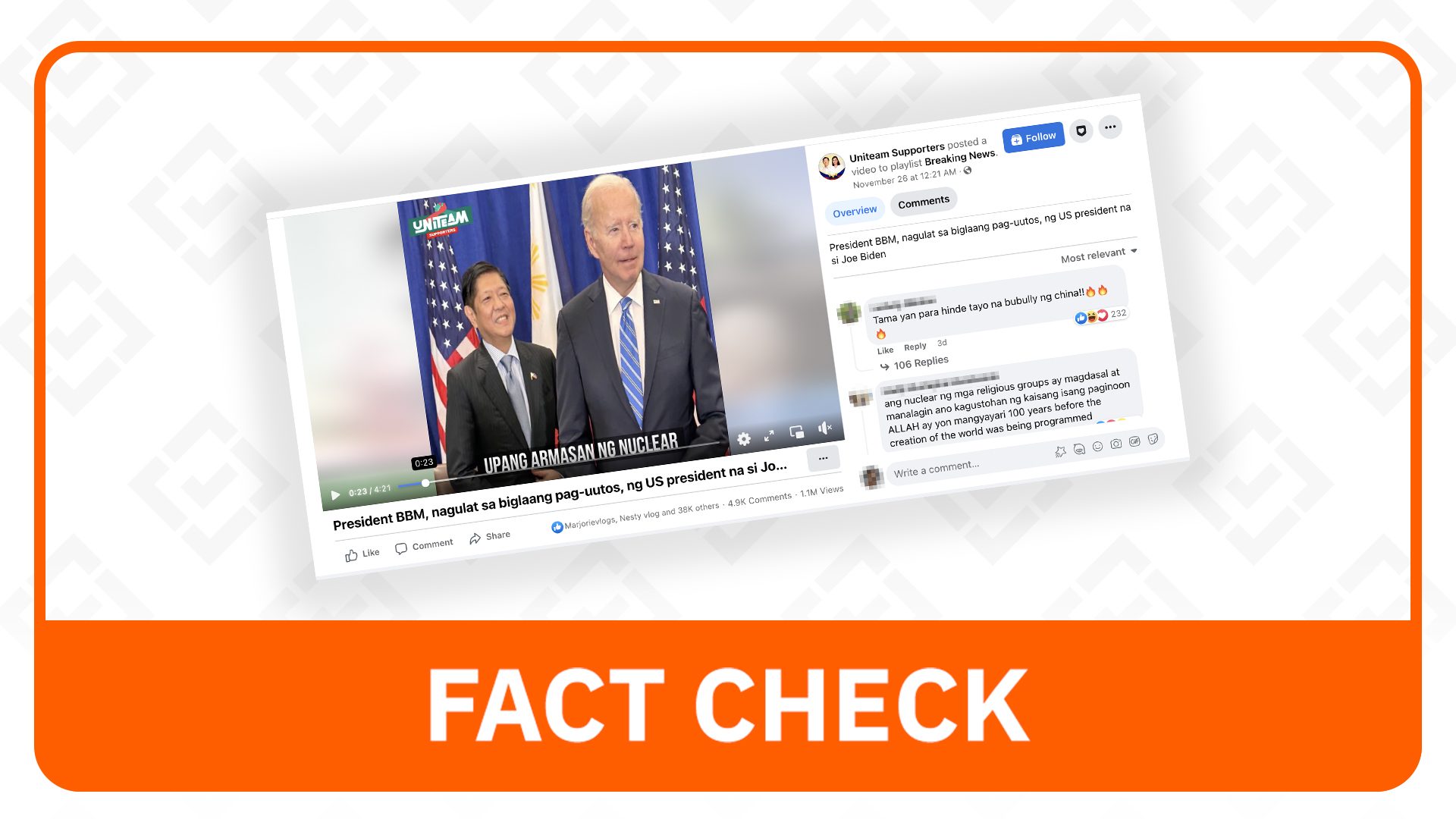 Facebook Twitter Copy URL
Copied
The 123 Agreement initiated by Harris would allow the US to transfer nuclear equipment and materials for peaceful energy production, not weaponry

Claim: US President Joe Biden ordered the Philippines to arm itself with nuclear weapons.

The video by Facebook page “Uniteam Supporters” makes the misleading claim at the beginning of the video, then proceeds to discuss the civil nuclear cooperation deal called the 123 Agreement initiated by US Vice President Kamala Harris when she visited the Philippines last November 21.

The bottom line: There are no reports that show Biden ordering the Philippines to arm itself with nuclear weapons. The 123 Agreement initiated by Harris, should it proceed, would allow the US to transfer nuclear equipment and materials to be used in peaceful energy production, not weaponry. This was meant to address the climate change crisis by providing another “clean energy” alternative.

In 1970, the Treaty on Non-Proliferation of Nuclear Weapons (NPT) entered into force. It was signed by 191 countries, including the Philippines and the US. Recognizing the threat nuclear weapons pose in creating a full on nuclear war, it was agreed that participating states would not transfer or receive nuclear weapons. In 1995, it was agreed that the treaty would continue indefinitely.

Increased military presence:  Although the use of nuclear equipment and materials had been discussed strictly under the context of addressing energy needs, the US vice president also tackled increasing the military presence of the US in the Philippines through the 2014 Enhanced Defense Cooperation Agreement (EDCA). – Pola Regalario/Rappler.com