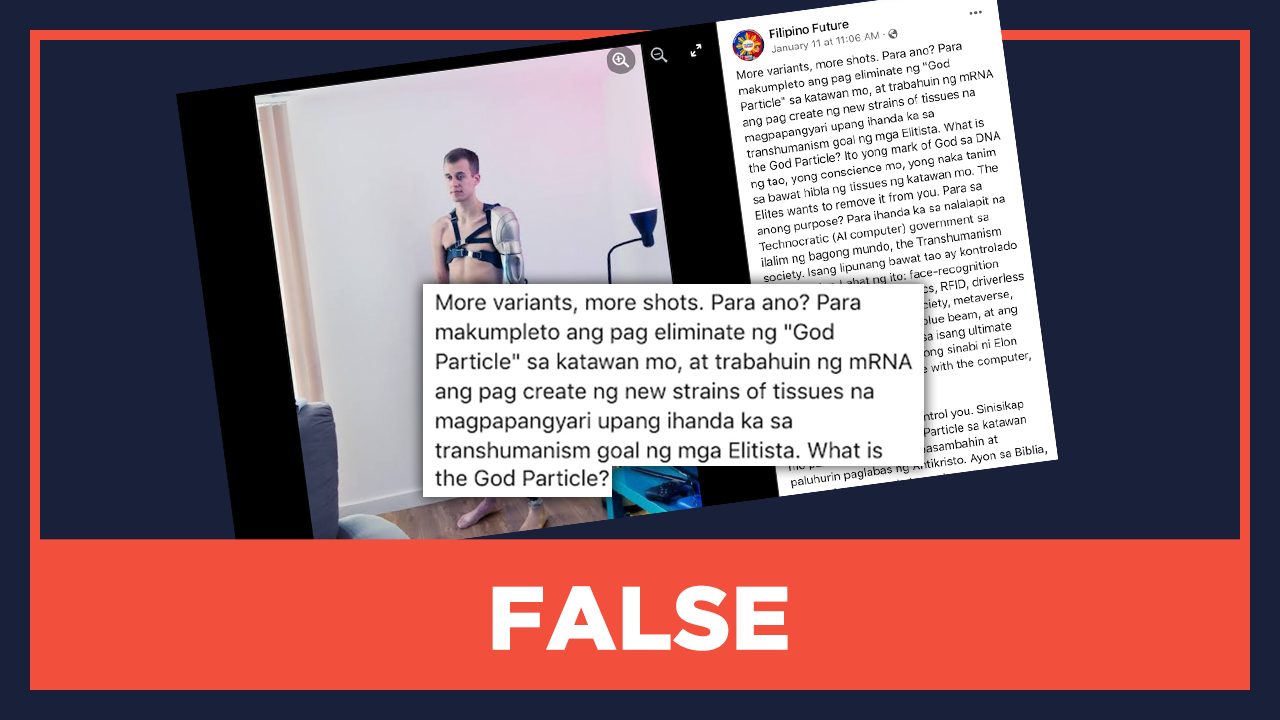 Facebook Twitter Copy URL
Copied
The laws of physics makes it impossible for the vaccines to eliminate or affect the Higgs Boson particle, known in media as the ‘God Particle’

(More variant, more shots. For what? To complete the elimination of the “God Particle” in your body and to allow mRNA to create new strains of tissues that will prepare you for the transhumanism goal of the elitists.)

COVID-19 vaccines cannot do anything to eliminate or even affect particles like the Higgs Boson, known in media as the “God Particle,” due to the limitations of the laws of physics.

The term “God Particle” was coined by Nobel Laureate for Physics Leon M. Lederman in his book The God Particle: If the Universe is the Answer, What is the Question? originally published in 1993.

The term is used to refer to the sub-atomic particle that gives all particles their mass, which is technically called the Higgs Boson, named after theoretical physicist and Nobel Laureate Peter Higgs. The Higgs Boson was first observed on July 4, 2012.

The European Center for Nuclear Research says that sub-atomic particles are so small that they are governed by either the strong or the weak nuclear force and are described by the quantum theory. Meanwhile, any matter that is larger than atoms is governed by gravity and is described by the general theory of relativity.

Dr. Don Lincoln, a senior scientist at the Fermi National Accelerator Laboratory, told Rappler that there is no credible link between the sub-atomic world and vaccines.

Lincoln explained that removing the Higgs Field from an object or a body would instantly make its atoms infinitely large because it is responsible for the mass of every matter in the universe. The Higgs Field is the associated field of the Higgs Boson particle.

According to the World Health Organization, vaccines work by triggering an immune response in the body to fight a specific virus.

Lorenz Dantes Pasion is a Rappler volunteer. This fact check was reviewed by a member of Rappler’s research team and a senior editor. Learn more about Rappler’s internship program here.