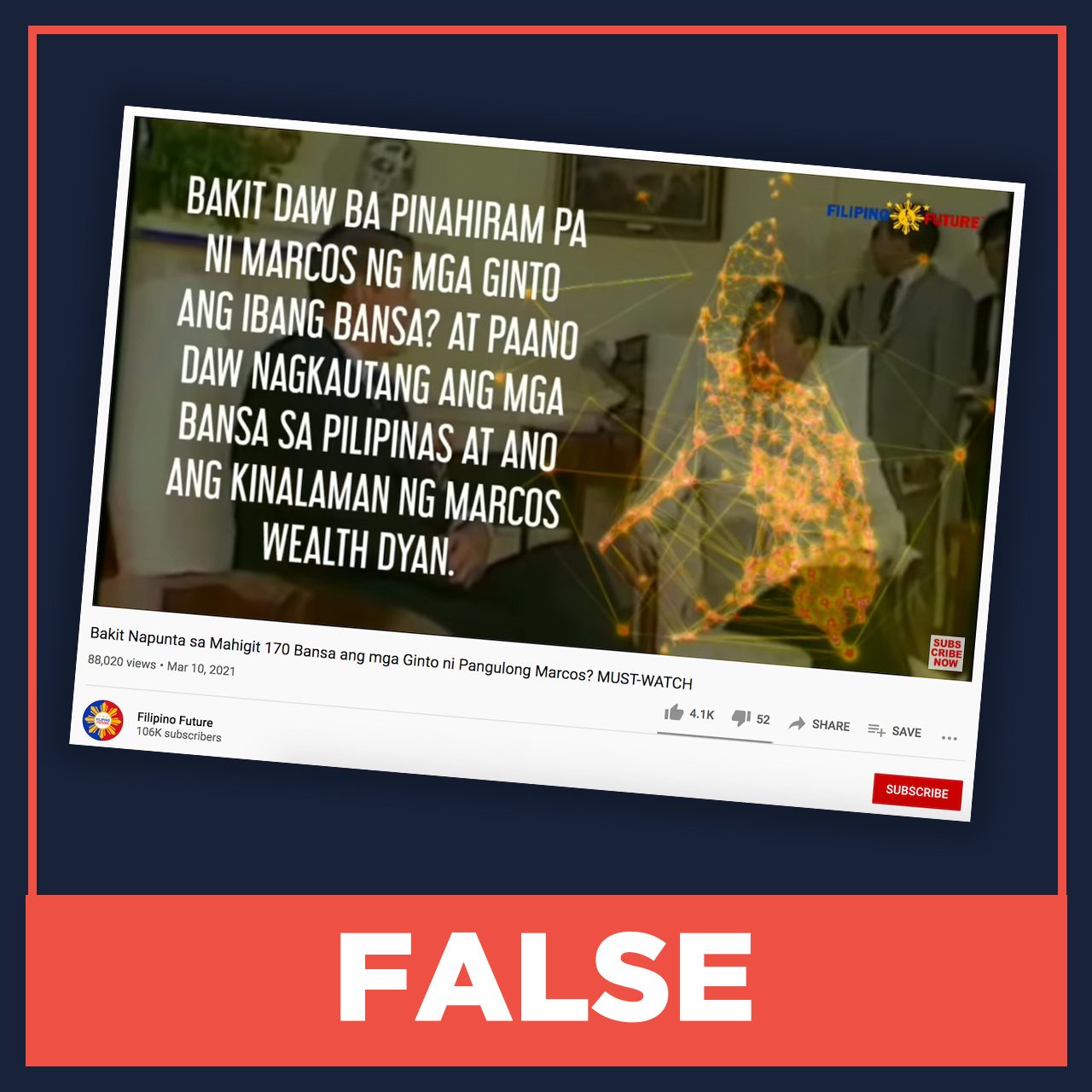 Facebook Twitter Copy URL
Copied
The Vatican Bank only safeguards property intended for works of religion and only accepts deposits from top Church officials. It was established in 1942 – or 46 years after Rizal’s death.

Referring to the false claim that gold owned by Marcos is being stored in the World Bank, the video includes the text: “Hindi pa kasali dyan ang White Vatican Account na sinecure ni Jose Rizal na natransfer din kay Marcos noong 1974.” (That doesn’t even include the White Vatican Account secured by Jose Rizal that was transferred to Marcos in 1974).

The Institute for Works of Religion (IOR), commonly referred to as the “Vatican Bank,” is a financial institution established in 1942. It stores property intended for works of religion or charity of the Catholic Church in Vatican City.

As the IOR was established in 1942 – 46 years after Rizal’s death in 1896 – this makes the claim even more preposterous. It stems from another false claim that Rizal’s death in 1896 was staged by Jesuit priests and that Rizal supposedly became a priest who lived up to the age of 113. This has also been proven false by Rappler in March.

There are also no public records, reports, or documents to prove that a “White Vatican Account” exists at all.

Rappler has fact-checked multiple posts by the Facebook page “Filipino Future.” Click on these links to read more about the false claims posted by this page: