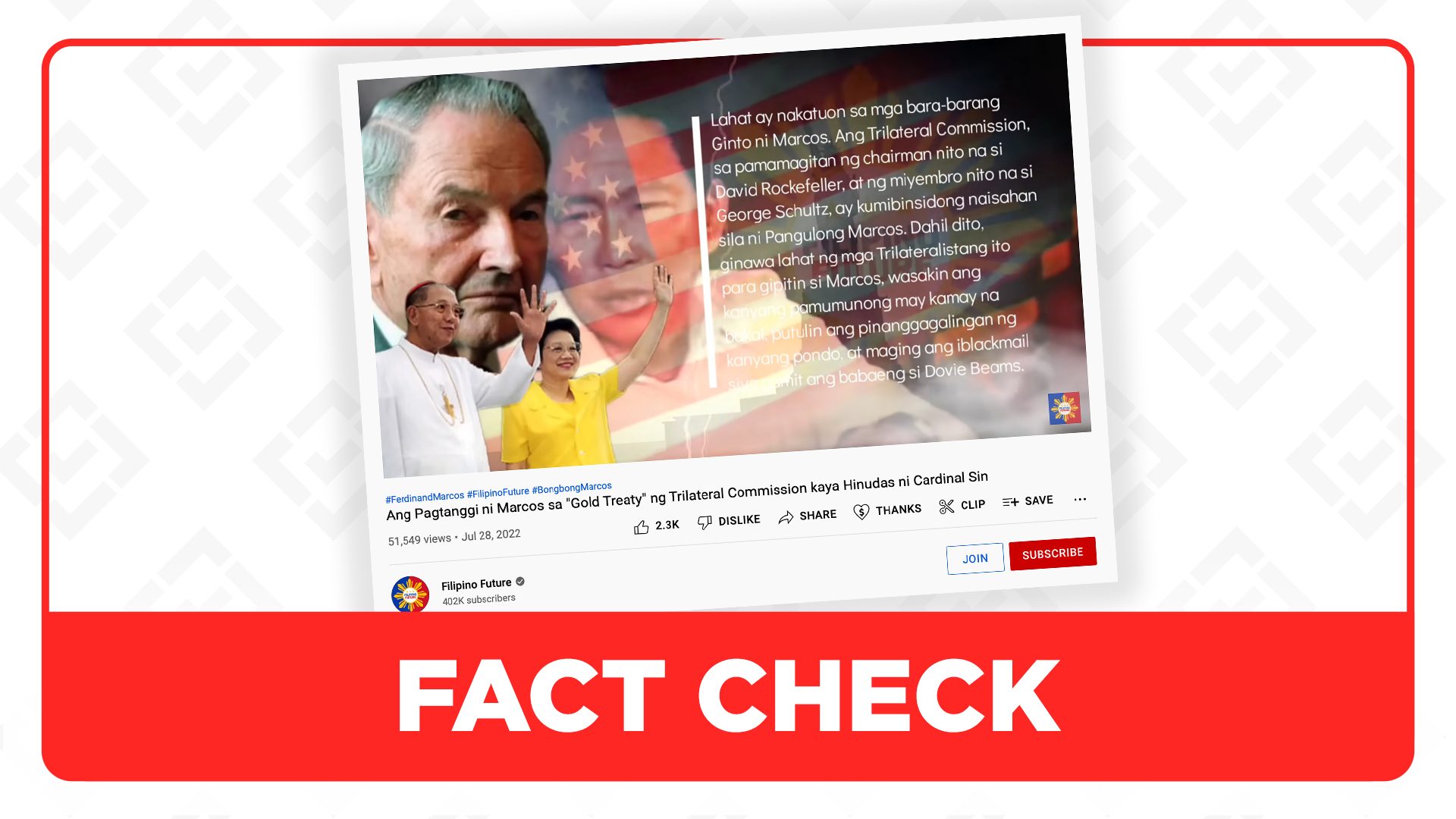 Facebook Twitter Copy URL
Copied
The Trilateral Commission was founded by David Rockefeller in 1973, three years after the Dovie Beams scandal broke out

Why we fact-checked this: The claim can be found in a video uploaded on July 28 in the YouTube channel “Filipino Future,” with 51,534 views as of writing. Rappler has fact-checked the said channel many times before. Also, a pinned comment there by “Filipino Future” itself asks for the sharing of the video on Facebook groups and other social media accounts.

The bottom line: The Trilateral Commission did not use Dovie Beams to blackmail the former president Marcos. The scandal involving Dovie Beams, an American actress with whom Marcos had an affair with, broke out in 1970.

Meanwhile, the Trilateral Commission, an international private citizen organization which brings together leaders around the world “to discuss and propose solutions to some of the world’s toughest problems,” was founded by David Rockefeller in 1973, three years after the Beams scandal came out.

More on Dovie Beams: The scandal involved Beams exposing her affair with Marcos from 1968 to 1970 by making public some audio recordings of their private moments together.

Beams was an actress in the movie Maharlika, finished in 1970, about Marcos’ alleged World War II exploits. Several of Marcos’ claims about his wartime accomplishments are now discredited. – Percival Bueser/Rappler.com

Kris Aquino has shared her medical condition since 2018, even before the 2022 elections