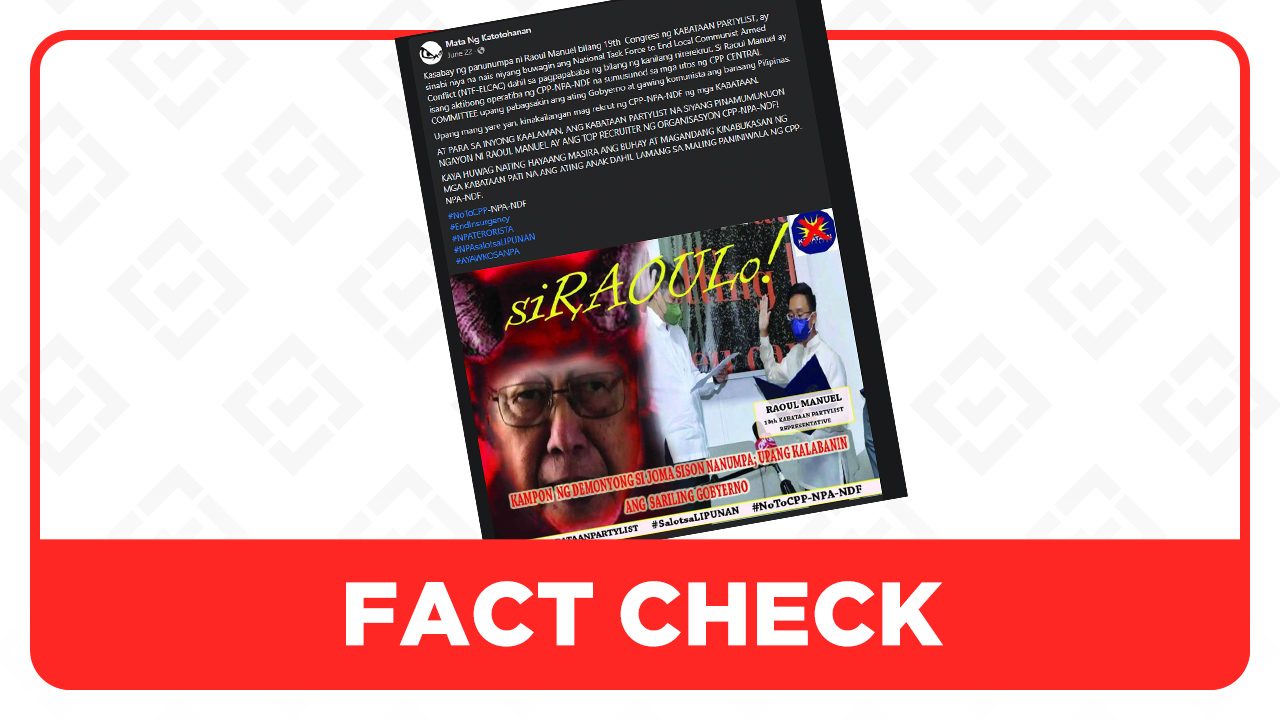 Facebook Twitter Copy URL
Copied
There is no evidence to prove the allegation against Manuel. The Kabataan representative is among the last 3 members of the progressive Makabayan bloc belonging to the House minority – a perennial target of red-tagging by the Duterte administration

Claim: Kabataan Representative Raoul Manuel is a member of the Communist Party of the Philippines (CPP), New People’s Army (NPA), and the National Democratic Front (NDF).

Why we fact-checked this: In the age of deadly red-tagging, multiple users on social media —  including former NTF-ELCAC spokesperson Lorraine Badoy — continue to spread these false claims against the lawmaker, and other progressive individuals.

The bottom line: There is no evidence to prove the allegations against Manuel. The Kabataan representative is among the last 3 members of the progressive Makabayan bloc belonging to the House minority – a perennial target of red-tagging of the Duterte administration.

Response to red-tagging: In 2020, Kabataan filed an administrative complaint against NTF-ELCAC officials. This was filed after the repeated red-tagging against former Kabataan Representative Sarah Elago and her party.

In 2021, Kabataan pushed back against the NTF-ELCAC’s threats of disqualification against left-leaning party-list groups, and joined the 2022 polls. Kabataan won a seat in the recently concluded elections.