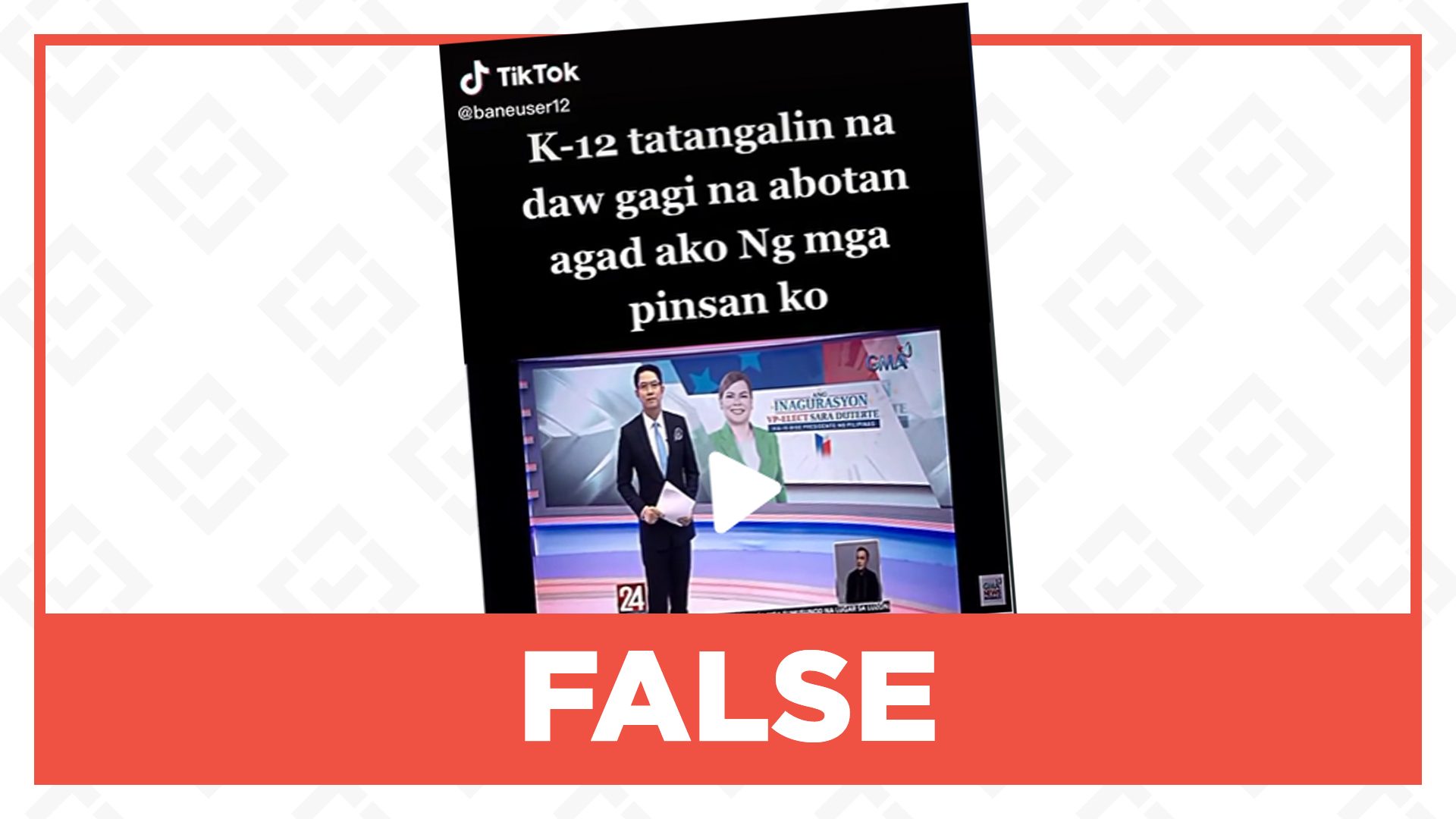 Facebook Twitter Copy URL
Copied
According to the 1987 Constitution, only the Senate and the House of Representatives have the power to repeal the law, including the implementation of K to 12

A TikTok video, which has gained 683,000 likes, grabbed a clip from GMA News regarding Duterte’s supposed announcement. The text superimposed on the said video read: “K-12 tatanggalin na [r]aw. [Naabutan] agad ako ng mga pinsan ko.” (K-12 will be scrapped. My cousins will be able to immediately catch up with me.)

In 2018, the Department of Education (DepEd) already dispelled rumors regarding the scrapping of the K to 12 program. According to the 1987 Constitution, laws, such as the Republic Act No. 10533 or the “Enhanced Basic Education Act of 2013,” can only be repealed by the legislative branch of the Philippines, consisting of the Senate and the House of Representatives.

On June 22, 2022, as per Duterte’s statement to reporters, President Ferdinand Marcos Jr. plans to review the K to 12 Basic Education Program. There was no mention of scrapping it altogether. – Rochel Ellen Bernido/Rappler.com