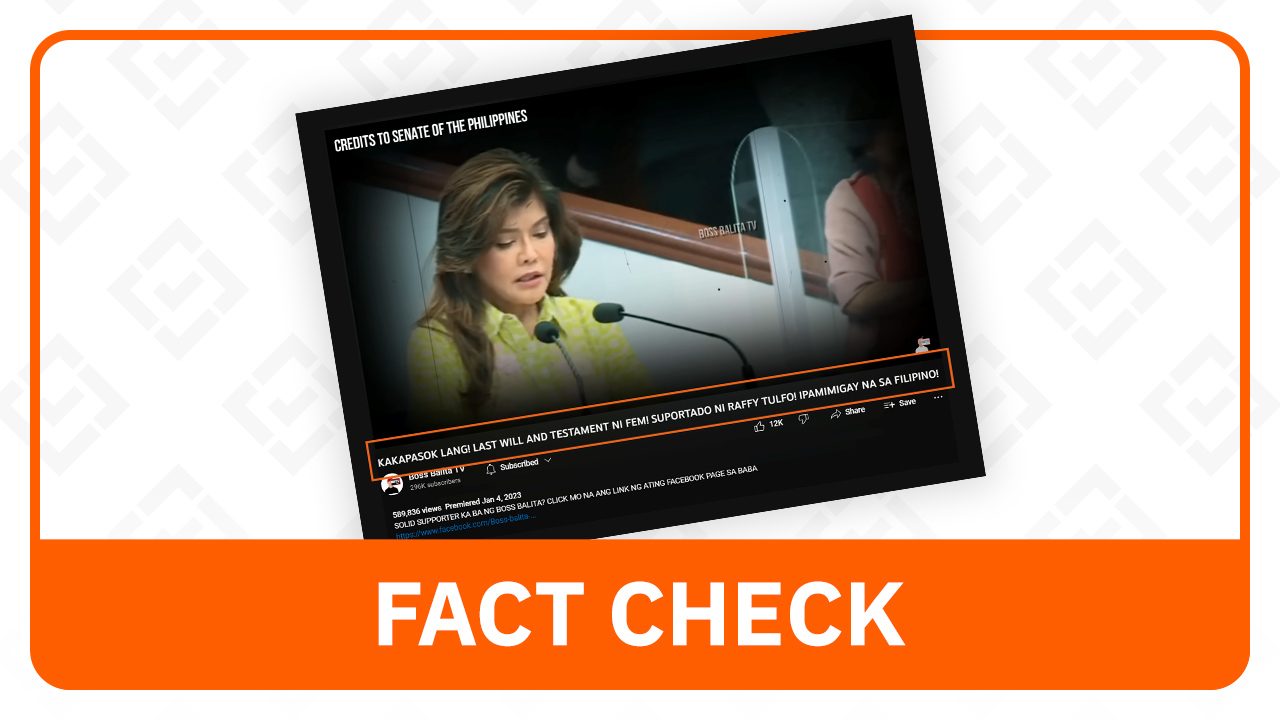 Facebook Twitter Copy URL
Copied
The speech shown in the video containing the false claim is from a September 7, 2022, privilege speech of Senator Imee Marcos wherein she pushes for the condonation of loans to agrarian reform beneficiaries

Claim: Senator Imee Marcos gave a speech in the Senate about the last will and testament of her father, former president and late dictator Ferdinand E. Marcos.

The video says that Senator Raffy Tulfo supported Imee’s speech wherein the senator allegedly announced that her father’s last will and testament would be given to Filipinos.

A push for accelerated agrarian reform: The speech shown in the video containing the claim is from a privilege speech of Senator Imee Marcos during a Senate plenary session on September 7, 2022.

In her 14-minute speech, she pushed for the condonation of loans to agrarian reform beneficiaries and made no mention of her father’s last will.

Senator Raffy Tulfo agreed and supported Imee’s speech but he also didn’t mention anything about the supposed last will of the deposed dictator.

Beneficiaries of Marcos Sr.’s last will: For the nth time, Filipinos are not included in the late dictator’s last will and won’t receive even a single centavo from it.

Marcos’ last will and testament, signed on June 23, 1988, was published by the Manila Standard on October 6, 1992. It makes no mention whatsoever of Marcos’ wealth being given to anybody outside of his immediate family.

Marcos in his last will stated that half of his estate would be bequeathed to his wife Imelda, while the other half would go to his children. – Lorenz Pasion/Rappler.com