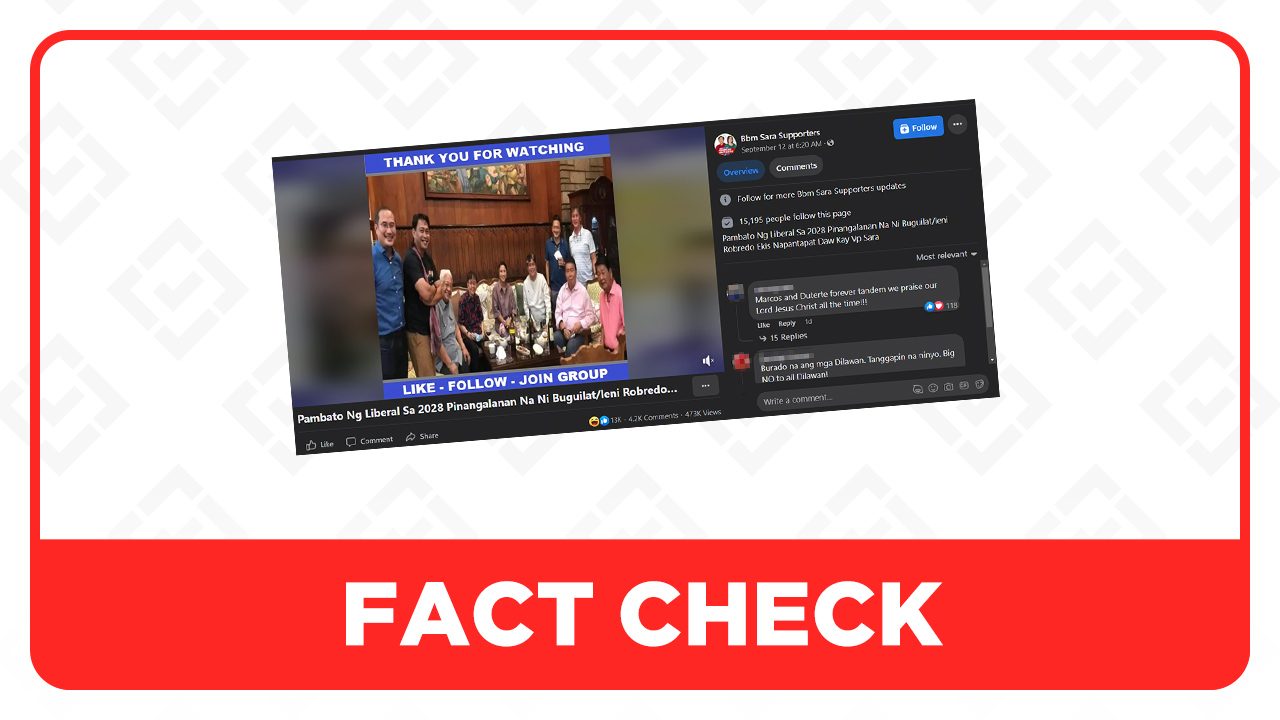 Personal opinion: In a Politiko interview on September 9, 2022, which was mentioned in the post containing the claim, Baguilat was asked if the Liberal Party has a list of possible standard bearers for the 2028 national elections. Baguilat answered the question but clarified that his statement was his own opinion.

“Personal lang. Sorry to put her on the spot pero ako I think si Risa really has to start thinking about 2028 kasi graduate na siya by 2028. So whether it’s a higher position, whether it’s vice or president, and I am saying this kasi hindi naman siya LP,” Baguilat said.

(This is my personal opinion. Sorry to put her on the spot but I think Risa has to really start thinking about 2028 because she will already be a graduate by 2028. So whether it’s a higher position, whether it’s vice or president, and I am saying this because she is not a Liberal Party member.)

“Sa ngayon wala pang mga personalities na napag-uusapan (For now, no personalities have been discussed),” Baguilat said when asked if the Liberal Party already thought of personalities that it could match against potential bets of the administration in the 2028 elections.

Bigger role: Baguilat said in a Facebook post on September 7, 2022, that he would play a “bigger part in party building” of the Liberal Party in the coming years. The former Ifugao representative said Liberal Party members met to discuss the plans of the party but he did not mention anything specific regarding the party’s potential presidential and vice presidential bet for the 2028 elections in the said post. – Lorenz Pasion/Rappler.com

[WATCH] In The Public Square with John Nery: Marcos, before Martial Law