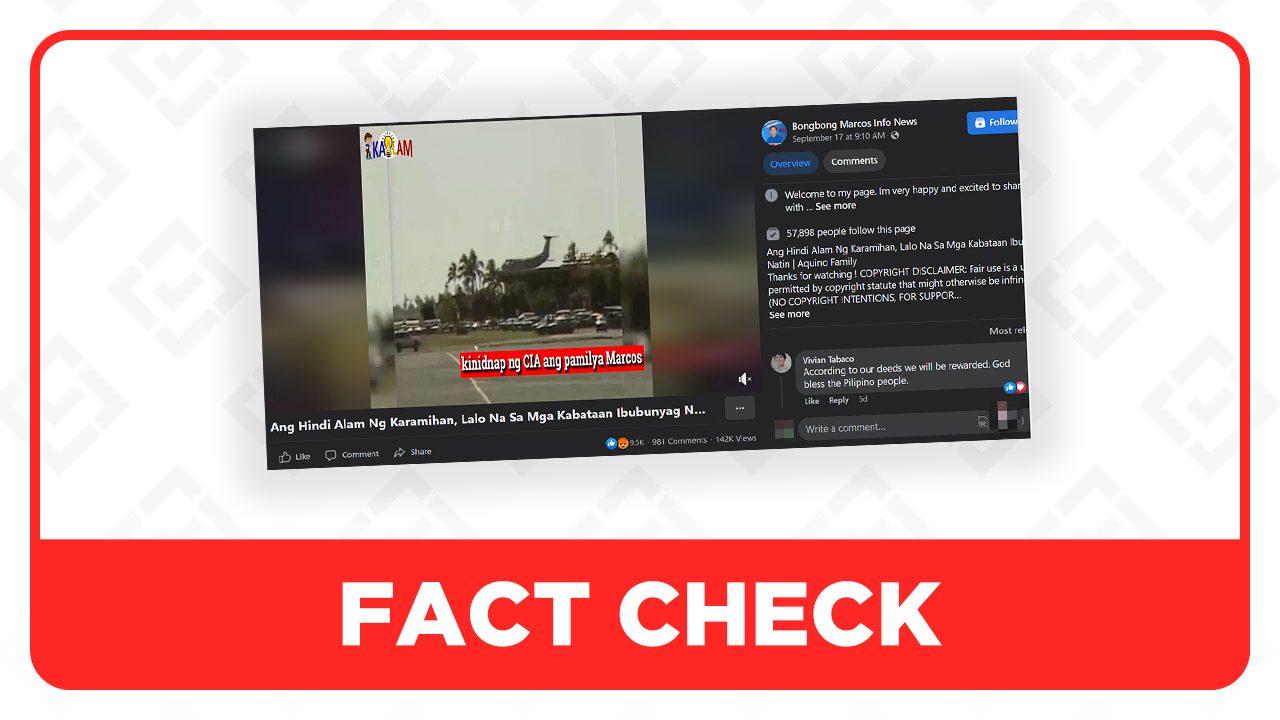 Claim: After the 1986 EDSA People Power revolution, the Marcoses were kidnapped and brought to Hawaii.

Voluntarily left: Former defense minister Juan Ponce Enrile said in an INQUIRER.net article published on February 24, 2011, that former President Ferdinand E. Marcos requested for American officials to be his security escort as he fled the Palace.

In the article, Enrile quoted Marcos as saying: “Will you please contact Ambassador Bosworth and ask him if he could make General Teddy Allen and his group available to be my security escort, Teddy Allen because I want to leave the Palace.”

Offered safe haven: Reports from The New York Times, Los Angeles Times, and the Associated Press published in 1986 show that then-US president Ronald Reagan offered Marcos a safe haven in the US if he agreed to leave the Philippines promptly.

Prepared in advance: According to an Associated Press report published on February 26, 1986, Pentagon spokesperson Robert Sims said that several planes at Clark Air Base were prepared to transport Marcos and his entourage if he accepted the US’ offer.

Convinced to flee to the US: A fact check by AlterMidya published on March 21, 2022, cited the account of former Hawaii governor George R. Ariyoshi as reported by the Associated Press on May 17, 1986, saying that members of the Marcos family convinced the late dictator to come to the US. In the version relayed by Marcos to Ariyoshi after arriving in the state, it was the family who declined the original plan to go to Laoag. – Lorenz Pasion and Rochel Ellen Bernido/Rappler.com