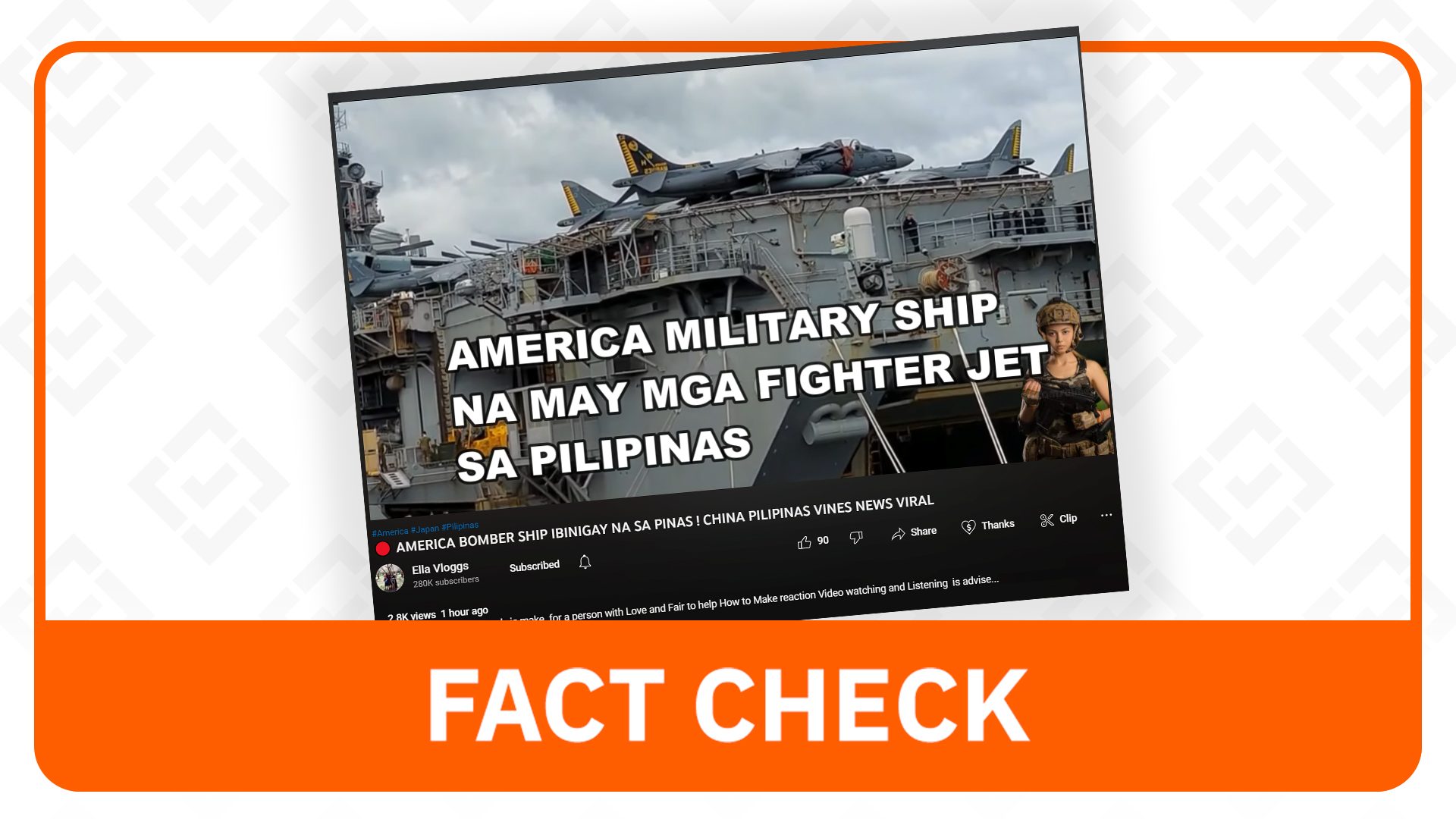 Claim: A video of a United States military ship docked in a port was taken in the Philippines.

The video also alleged that the US military gave the ship, along with the fighter jets and tanks it carried, to the Philippine government.

Why we fact-checked this: The YouTube video containing the claim has over 2,800 views as of writing.

Video from Poland: Reverse image search shows that the video clip was first posted by the YouTube channel julius198419841984 on September 15, 2022.

The title of the original video says that the ship in the video is the Wasp-class amphibious assault ship USS Kearsarge docked at Gdynia, Poland.

According to the US Naval Forces Europe and Africa, the USS Kearsarge arrived in Gdynia for a port visit on September 14, 2022. Sailors and marines of the Kearsarge participated in Morale, Welfare, and Recreation (MWR) events while in Gdynia.

According to the official website of the US 2nd Fleet Commander, USS Kearsarge returned to Norfolk, Virginia on October 13, 2022, after its operations in the Baltic Region and 29 port visits to 14 NATO allied and partner countries. – Lorenz Pasion/Rappler.com